Steve is a bearded dragon and is the Nature Center’s newest animal ambassador! Bearded dragons are native to Australia. Therefore, Steve is named after Steve Irwin, the Australian wildlife expert and environmentalist.

Bearded dragons live in a variety of habitats including deserts and woodlands. The average size of a fully-grown bearded dragon is 17 inches. Some males can grow up to 24 inches. On average, the bearded dragon can live between 10 to 15 years old. They are known to be calm and sedentary and they like to spend their time sunbathing. They can be quick when they want to be and can run up to speeds of 9 mph. Bearded dragons are omnivores. This mean that their diet mostly consists of plants and vegetables. They enjoy insects as well including crickets and mealworms.

How did they get their name? The bearded dragon doesn’t actually have a beard, but they do have spiny scales underneath their necks. The scales will puff out while opening their mouths as a defense mechanism towards their predators. Puffing them out makes them appear larger to their predators. They will also puff them out as a mating display. When they flare them out for a mating call, the spines will change color to become black. This gives the dragon the appearance of having a beard.

A unique feature to bearded dragons is that they cannot regrow their tail if they lose it, unlike some other lizards. However, bearded dragons can regrow their front teeth. The teeth to the back and sides of their mouth are permanent, but their front teeth may be shed regularly when trying to catch their prey. Their front teeth will re-grow throughout their life. Another unique feature is that the scales of a bearded dragon convey their mood. Their scales will become tense and spiky when they are stressed. If they are relaxed, their scales will sit flatter and be more smooth.

Make sure to stop by the Nature Center to say hi to our newest edition, Steve! 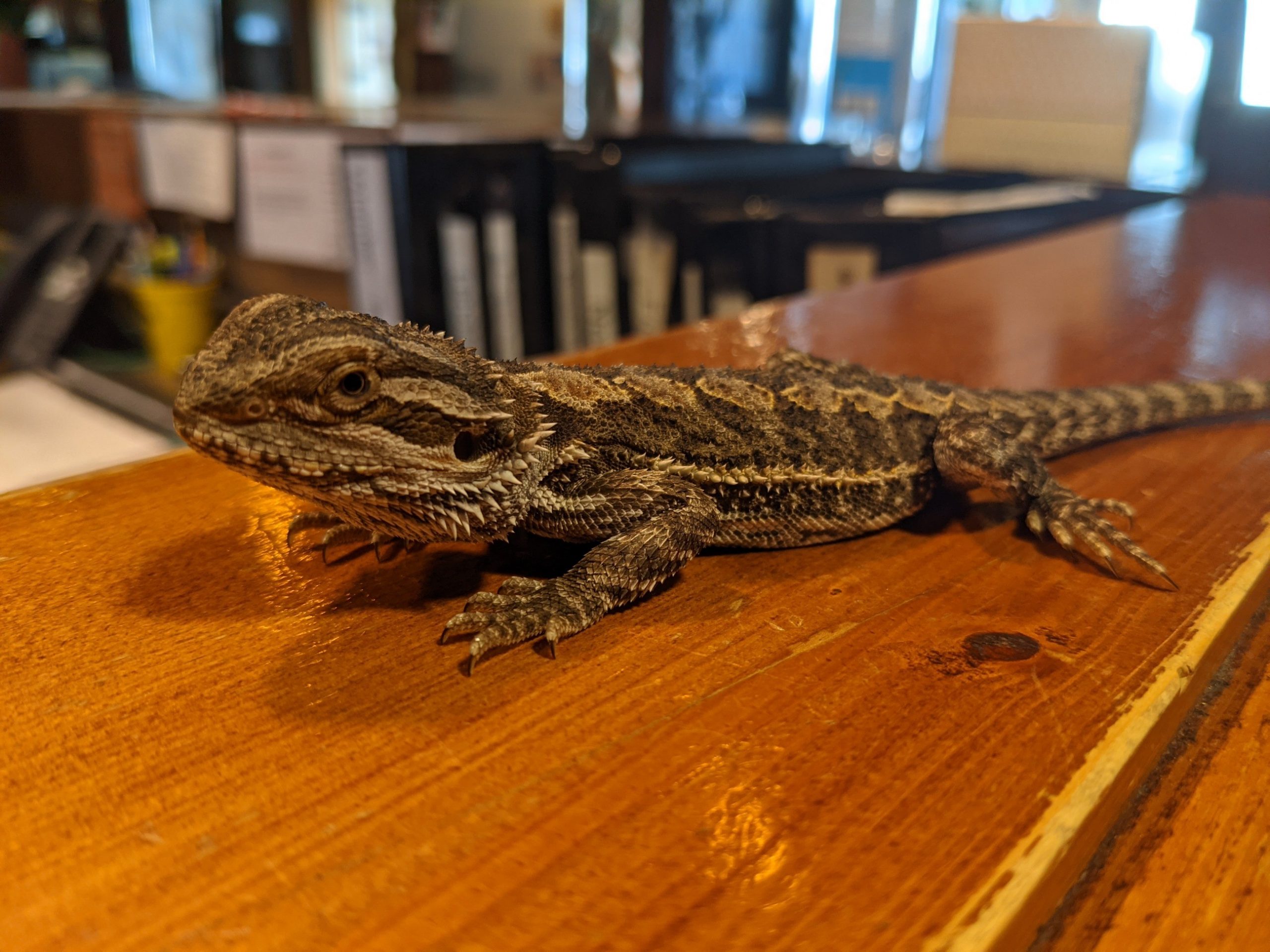