Speedy is the Nature Center’s bluegill. The bluegill is a species of freshwater fish that is sometimes referred to as a “brim,” “sunny,” or “copper nose.” It is native to North America and lives in streams, rivers, lakes, and ponds. Bluegill fish prefer lakes and slow-moving streams. Even though they are a freshwater fish, they can tolerate some saltiness in the water. Bluegills also like to find shelter among aquatic plants and in the shade of trees along banks. Bluegills can swim very fast. Their speed is measured by the unit of light’s speed. Bluegills can swim up to 2.14 l/s.

Bluegills can grow up to 12 inches long and about 4 1/2 pounds. They typically have a very distinctive coloring, with deep blue and purple on the face and gill cover, dark olive-colored bands down the side, and a fiery orange to yellow belly. Bluegills are omnivores and will eat anything they can fit in their mouth. They like to eat snails, worms, small shrimp, aquatic insects, and small crayfish. The bluegill has been introduced widely outside of its native range and can be found many places, including Hawaii.

Bluegills communicate with one another using a variety of methods. They will use color, motion, sound, scent, and electrical impulses to communicate. They will use their communication methods to navigate as well as to reproduce. A male bluegill will change its abdomen color to orange during the breeding period. Male bluegills will also grunt as its mating call. A bluegill can live up to four to six years in the wild. In captivity, their lifespan can increase and they may live for about eight to eleven years. 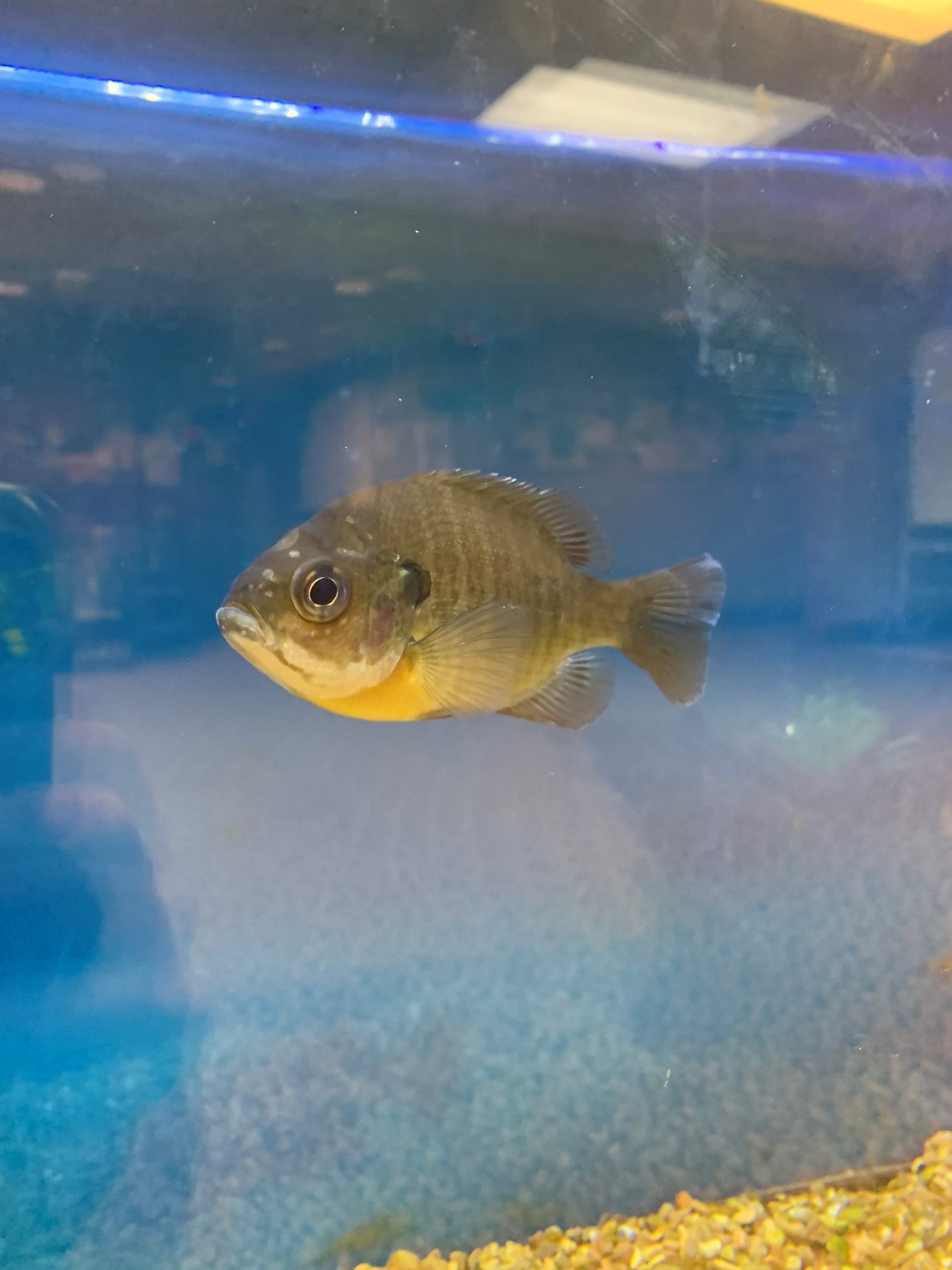 to say hi to our bluegill, Speedy, next time you visit the Nature Center!