If you give a hoot about owls, here are some fun facts you should know!

Majority of Iowa’s nesting owl species primarily nest in trees. However, the burrowing owl usually will nest in abandoned badger dens. The short-eared owl nests on the ground in large grasslands. Short-eared owls have an endangered status in Iowa. This is due to lack of proper nesting habitat. 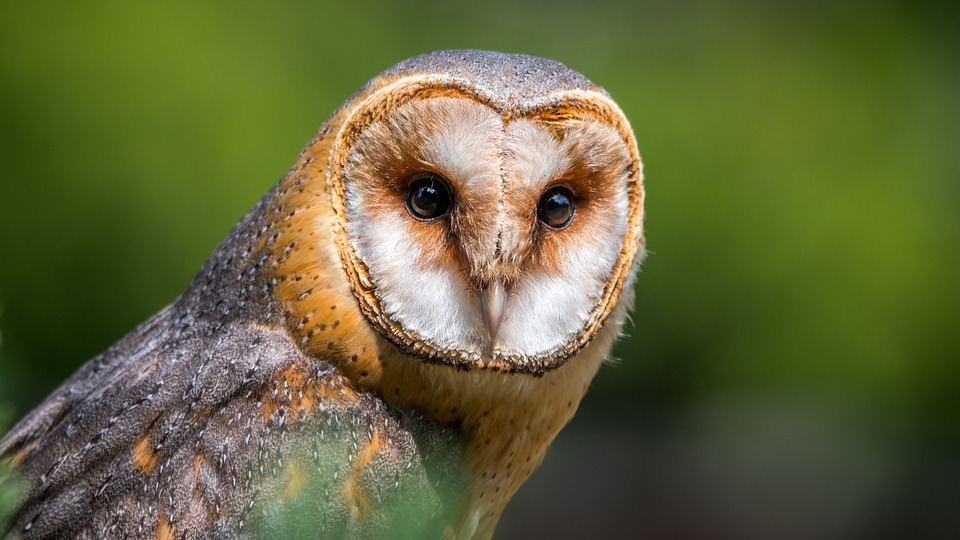 Owls have tufts of fur that appear to be their ears. However, the actual ear opening that they have is on the side of their head below the tufts of fur. Their ear holes are also asymmetrical. Typically, one is higher than the other. Since they are uneven, the sound reaches their ears at separate times. This allows the owl to pinpoint the location of their prey.

Owls have a disk-shaped face. This helps them to hear. Their bowl-shaped feathers on their faced collect sound and help them to focus better on the sound.

Due to their oversized eyes, owls’ eyes are completely immobile. Their eyes face forward rather than on the sides of their head. This allows for them to have “binocular vision” which fully focuses on their prey and increases their depth perception.

Since their eyes are immobile, they compensate by their neck rotation. They can rotate their necks 270 degrees. They have a blood-pooling system that collects blood to power their brain and eyes when the movement of their neck cuts off circulation.

An owl’s favorite food is mice! One owl can eat up to 80 pounds of mice a year. This is equivalent to 1,000 mice each year! Owls will also hunt other owls. The Great Horned Owl is the top predator of the smaller Barred Owl.

Owls have a special feather design that eliminates the whistling sound of air passing over the wing. This allows them to fly in complete silence.

To learn more about owl species of Iowa, check out this previous blog, “Owls of Iowa.”