With spring around the corner, butterflies are on the brain. Here is another easy way to make a butterfly. 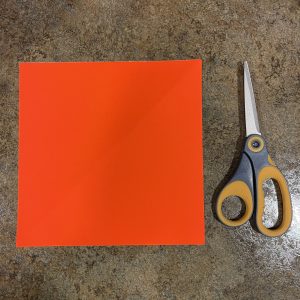 I chose orange paper to make it look more like a monarch to go along with our milkweed series. 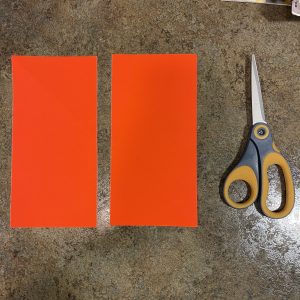 If your piece of paper isn’t square, fold one corner to the side at a diagonal and then cut off the extra rectangle at the bottom. This will give you a square. Then fold the square in half and cut it down the middle so you have two pieces of paper. 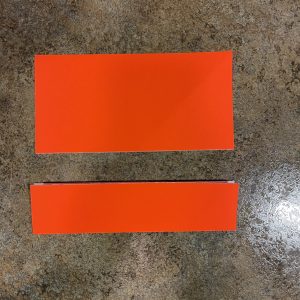 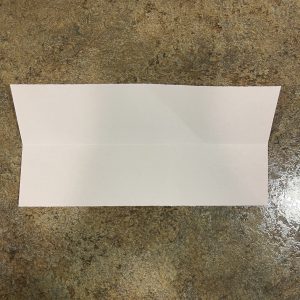 Take one of the halves you just cut and fold it in half again. Then open it back up. 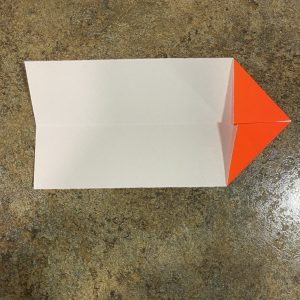 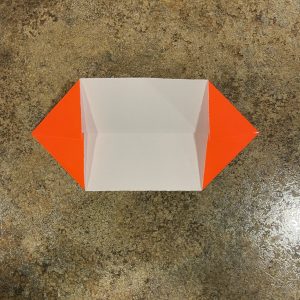 Now, take the corner and fold them to the middle line so you have a really long diamond shape. 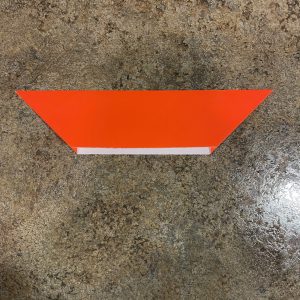 Fold the diamond in half along the same seam as before. Now it looks like a really long, stretched-out trapezoid. 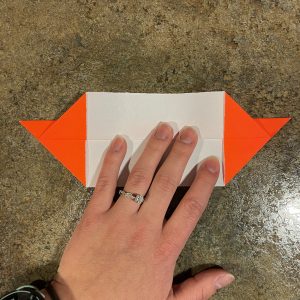 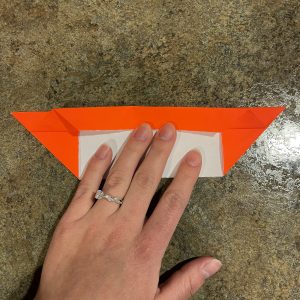 Now, fold each side like a fan. In as big or as small of folds as you want. This will be the forewing or the big, upper half of the wings. 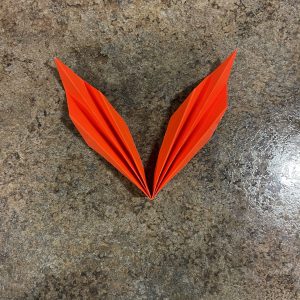 Fold the fan in half. 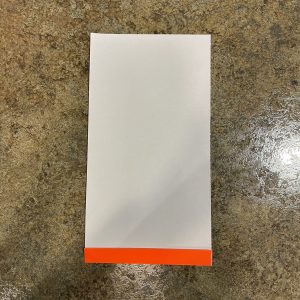 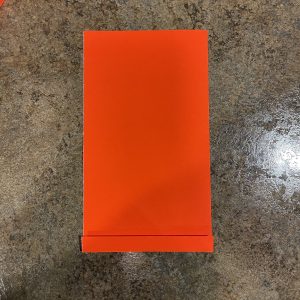 Now, take the other half you cut at the beginning and fold it like a fan. These will be the bottom set of wings, the hindwing, so fold them as wide or as narrow as you would like. 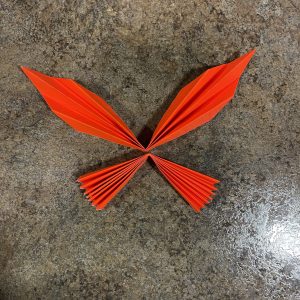 Once you have that folded like a fan, fold it in half like the other set of wings. 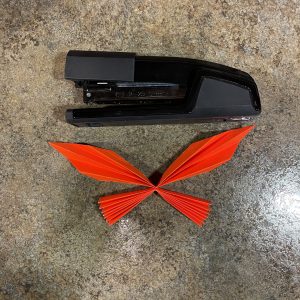 Now, this is where you can choose. I stapled my wings together but you can also use a string or piece of twine to tie the wings together. If you tie them together, make sure one end of the string is longer so you can carry it around and pretend it’s flying. 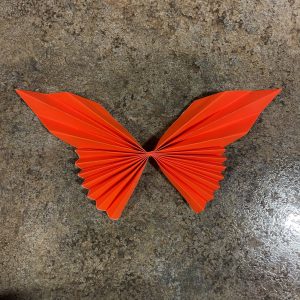 The last step is to fluff out the wings to make your butterfly big and pretty.

Another step you could do is color it to make it look more like a monarch but I think there’s something pretty about how simple just the folded paper looks. But it’s your craft to do as you like with so decorate it however you would like and share it with us on our social media pages. We would love to see your creativity and how great you did.