While we tend to focus on wildflowers, especially the early blooming ones, we should also remember what is invasive. This early in the year, many of the plants that are green would be considered invasive species. But what makes them invasive and how did they get here? We’re going to learn about it today.

Many species have been transported by humans. Once in their new environment, they either die or thrive. The ones that thrive are the invasive species. They have no natural predators in their new environment which leads to the species multiplying out of control. When they took the wolves out of Yellowstone, the deer population skyrocketed. 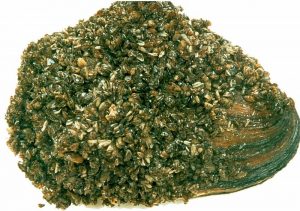 One example of an invasive species you might know is the Zebra Mussels that we are working to keep out of our lakes. The zebra mussels are invasive and will kill off the native species of mussels in any body of water. They are originally from the Caspian sea region in Asia and were transported to the great lakes on intercontinental boats according to the Iowa DNRopens PDF file . There is a lack of predators who eat the mussels and they change the entirety of the ecosystem they infest. This makes them an invasive species. 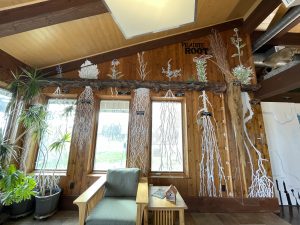 Another example is your common lawn grass. While it’s not an invasive species because it’s not bad for humans, it’s not great at keeping the soil in place. Iowa was once 80 percent prairie land but is now less than 0.01 percent prairie. The root systems on prairie plants are so extensive, they will reach at least 6 feet into the ground. This helps keep the good soil in place but your common lawn grass only has root systems four inches deep. While the lawn grass will keep the soil where it needs to be, it’s much less efficient about it than the prairie roots.

Some species are hard to know if they are invasive or native because they have been in the environment for a very long time. There are ways to tell what is invasive but it takes a lot of practice. A great way to know what is invasive is to check out the USDA’s Natural Resources Conservation Service’s Invasive species website. They even have a state list for Iowa here to find all the invasive species we need to watch out for when it comes to plants. Animals are a different story but when it comes to plants, plant native to help your native environment thrive.
Posted in Blog and tagged invasive species, native iowa plants, native to Iowa, plant native, what is invasive