Have you ever wanted your very own singing bird? Bird songs are so beautiful but with this craft, you only get the pretty bird. We can’t make him sing but it should be a fun craft for everyone to do. 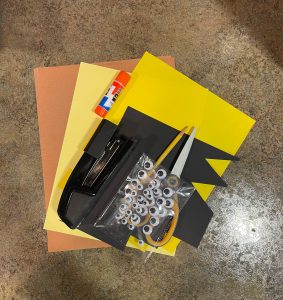 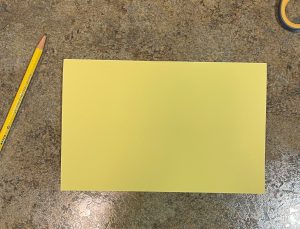 Start with your yellow paper. Fold it in half. This is what the body of your bird will be made of. 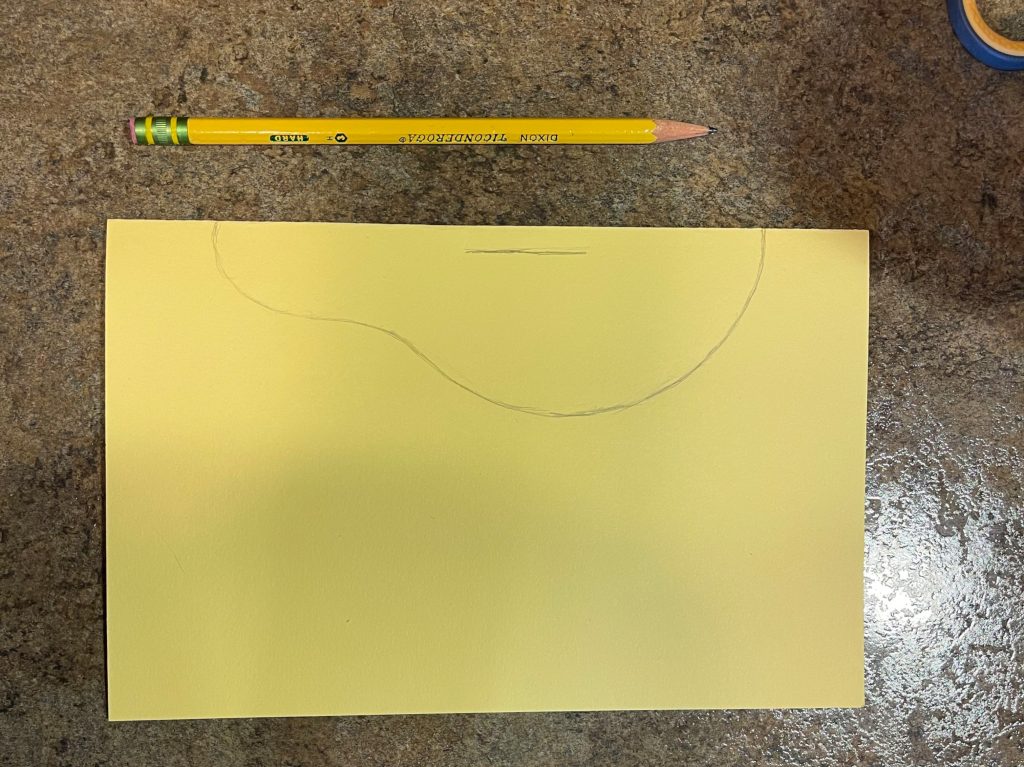 Draw the lines you’ll be cutting along. Draw the head, the body and the slit where the wings will go. 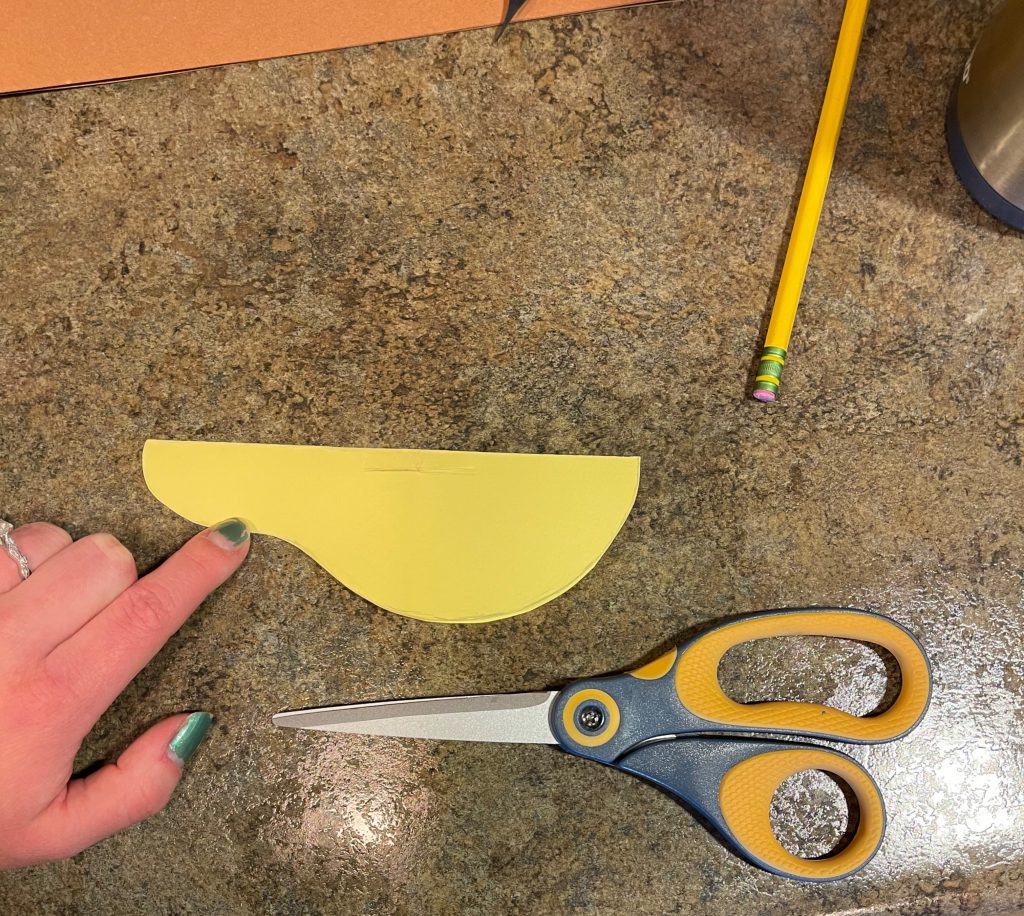 Cut it out. Cut along the body, then fold it in half to cut the slit where the wings will go. 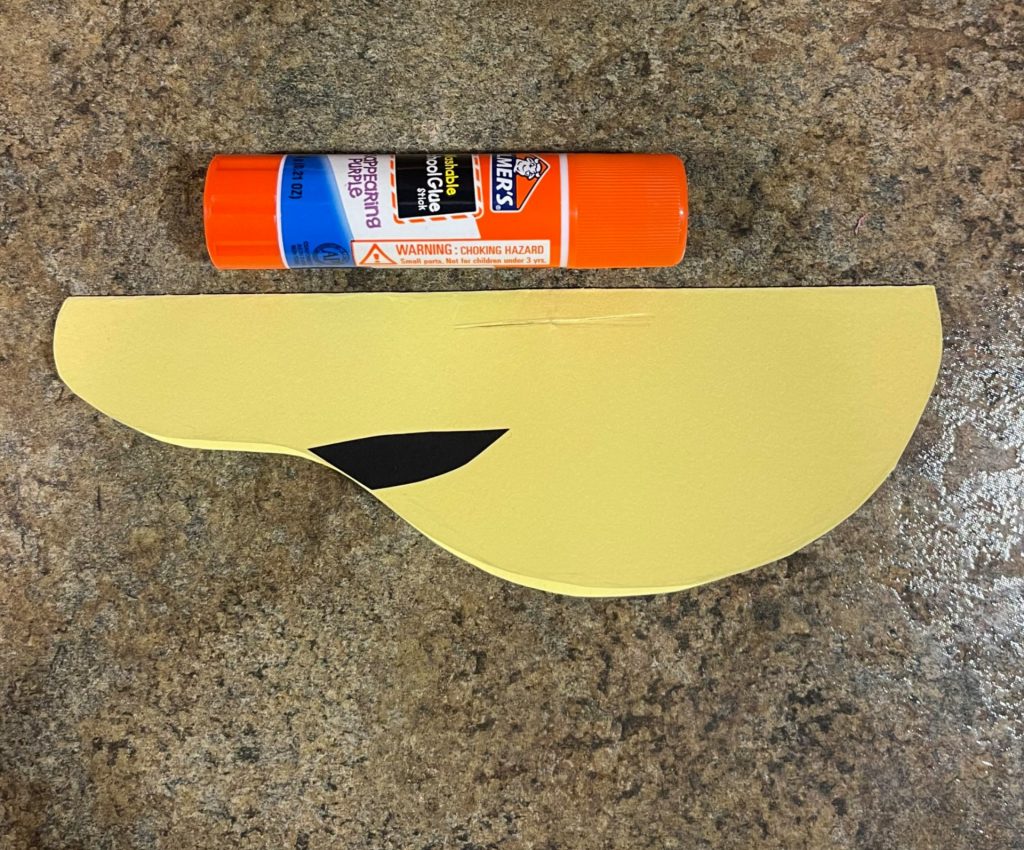 The Eastern Meadowlark, they have a very distinctive black marking like a collar. So take your black paper and cut out some markings. Then you’re going to glue them on. 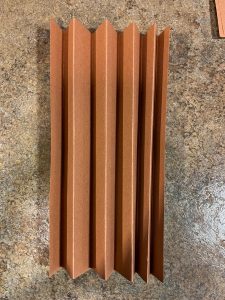 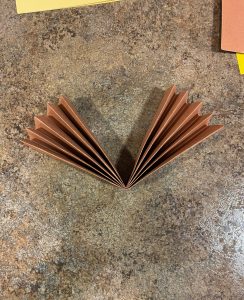 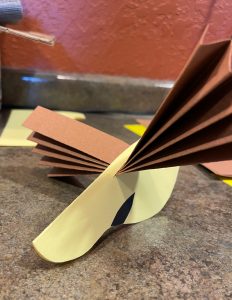 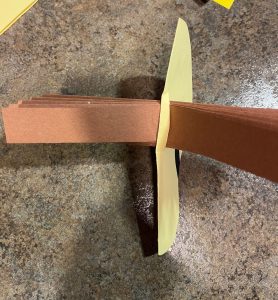 You’re going to pinch your wings and push them through the slot in the body. I had to make the cut in the body just a bit longer before I could get my wings through so it’s okay if you do too. Once I got mine through, they felt too long so I trimmed some length off the ends. 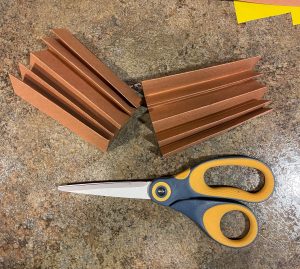 Next, you’re going to take another brown piece of paper and accordion fold it again. You’re also going to fold it in half but then cut it in half. These will be your tail feathers. 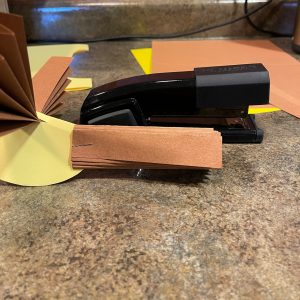 Then to attach the tail feathers to the body, you’ll use the stapler. Just staple them onto the back of the body. If you use construction paper as I did, it might seem very thick. Just be careful of the staples not wrapping closed due to the thickness of the paper. Be careful when you fluff out the feathers as well as this might make the staple pop out. Put as many staples as you think you need for the tailfeathers to be held securely. 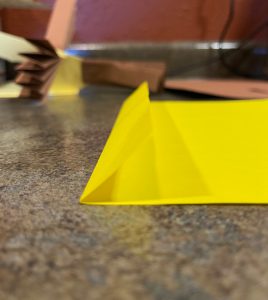 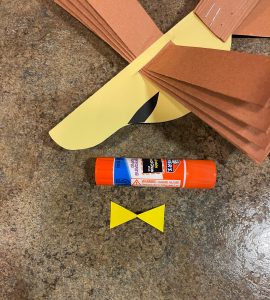 Take a yellow sheet of paper, fold a little bit in half. Then cut out a triangle for the beak. Don’t cut it all the way to the tip. Let it be a bit more squared off so it stays connected. 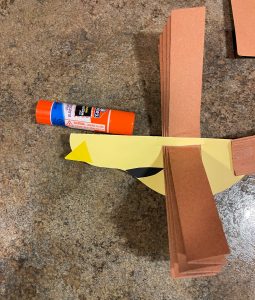 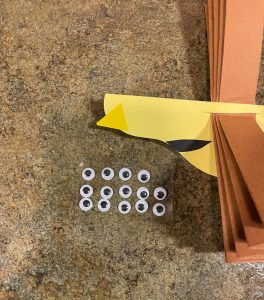 Glue the beak on and add the googly eyes. 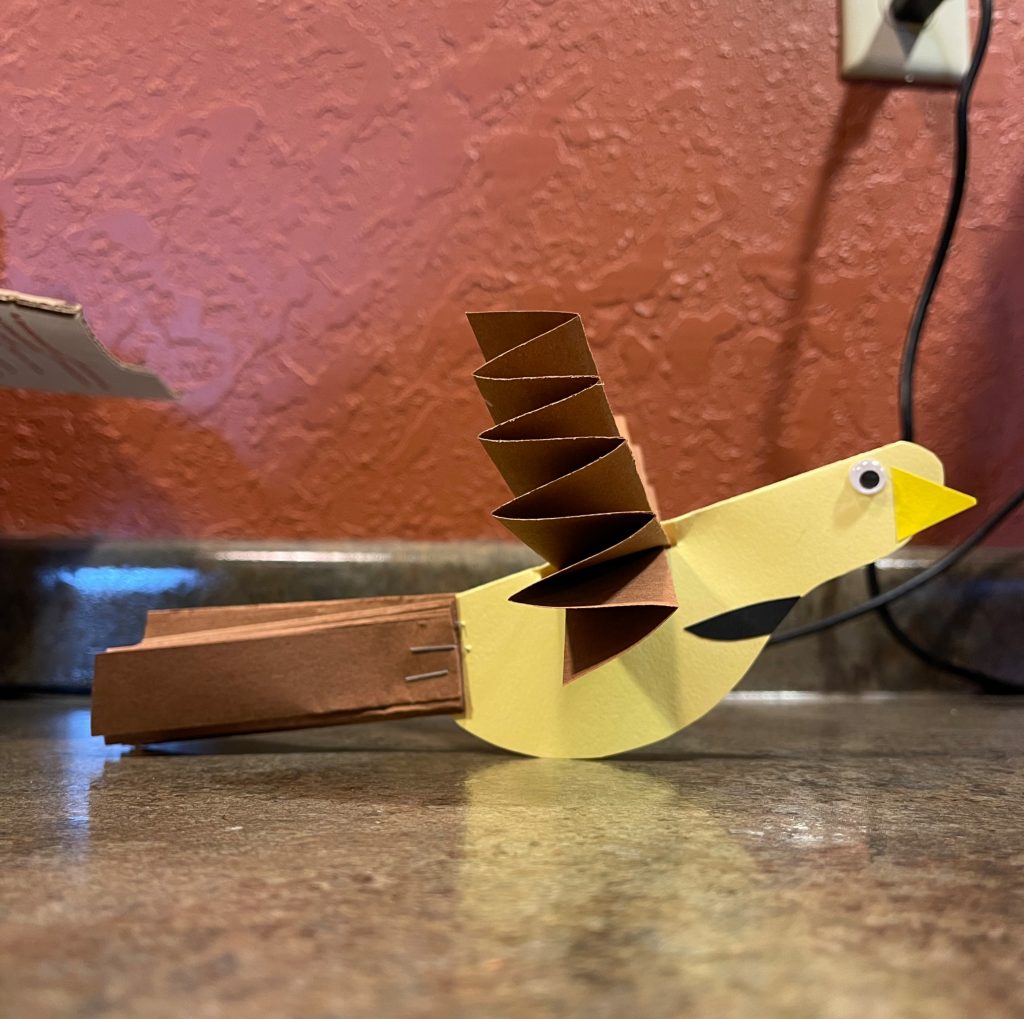 Now you have your very own Eastern Meadowlark. They are one of the first birds noticed once spring arrives. Head out to your local country road and look along fence posts to see if you can find any Meadowlarks in the wild. If you do see one, take a close listen as they have a beautiful song.