Even if you’re not too fond of snakes, this one shouldn’t be scary. This craft is easy with a lot of folds but it’s quite cute. You’ll be able to make your snake as long or as short as you want and as springy as you feel. 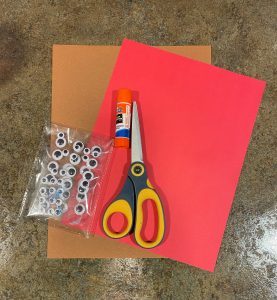 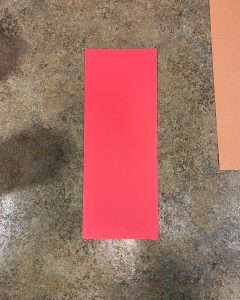 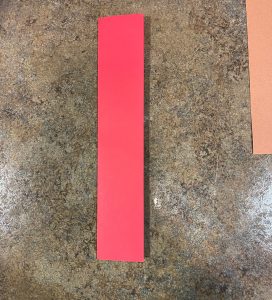 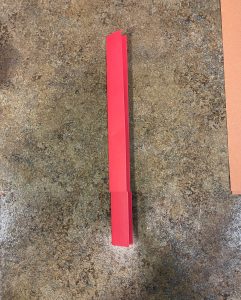 You’re going to take the red paper and fold it in half once, like a hot dog, then do it again, and one more time. It’ll be folded in half three times. 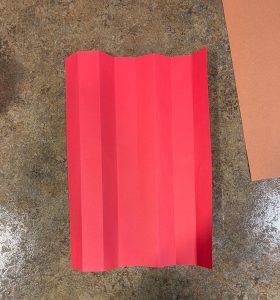 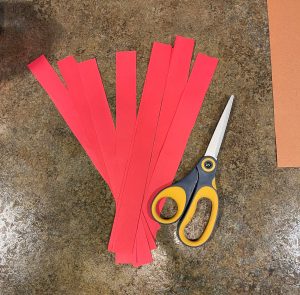 Unfold the paper and cut out the strips. 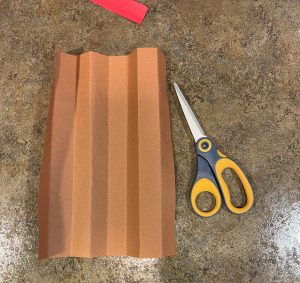 Fold the brown paper the same way you folded the red paper and cut out those strips. They probably won’t be straight but that’s okay. Mine weren’t either. 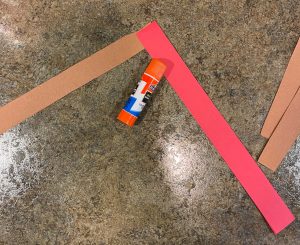 Next, you’re going to take one brown strip and one red strip. Put the ends together and glue them together. 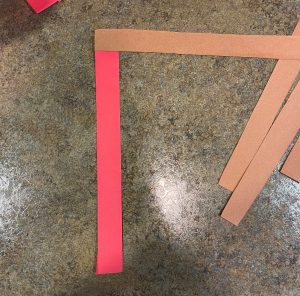 You’re going to then fold the brown over the red to make a square at the base. 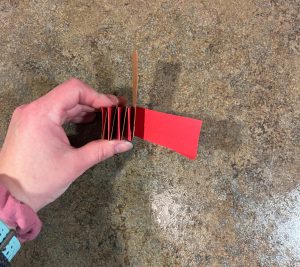 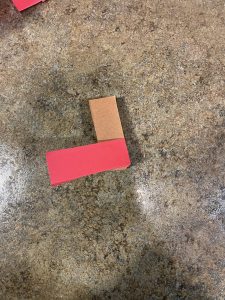 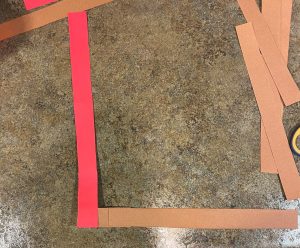 You will then continue to fold the strips over each other until you run out of paper. Then you can glue another strip onto the ends of the paper so your snake grows longer. As you fold, it will look like the first picture. Once you glue the strips on, keep folding. Do this as many times as you want. I only did two strips so my snake isn’t very long. 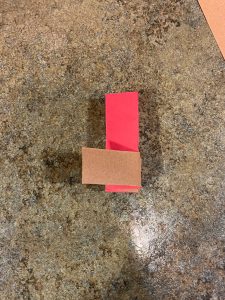 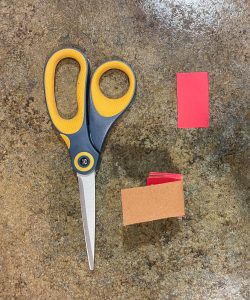 Once you decide to stop adding stips, cut off the extra on only one strip. I chose to cut off the red strip because the red is the “underside” of the snake. I also cut the head out of the brown paper so I kept the brown strip to glue the head to. 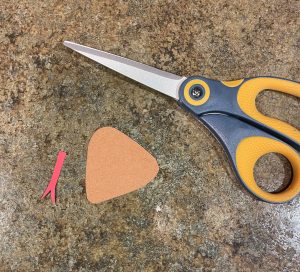 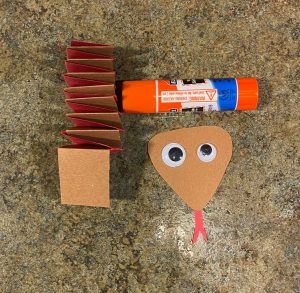 Cut the head out of the brown paper and cut the tongue out of the red paper. Then add the googly eyes. Then you’re going to glue it onto the strip of paper you have hanging out. 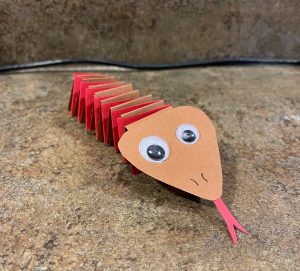 Now you have a harmless red-bellied snake of your own. It is cute and way less scary than a real snake. We hope you enjoy and share your own creations with us! Find us on social and share a photo. We would love to see your snakes. Also, you can learn more about red-bellied snakes in our blog post for this week!