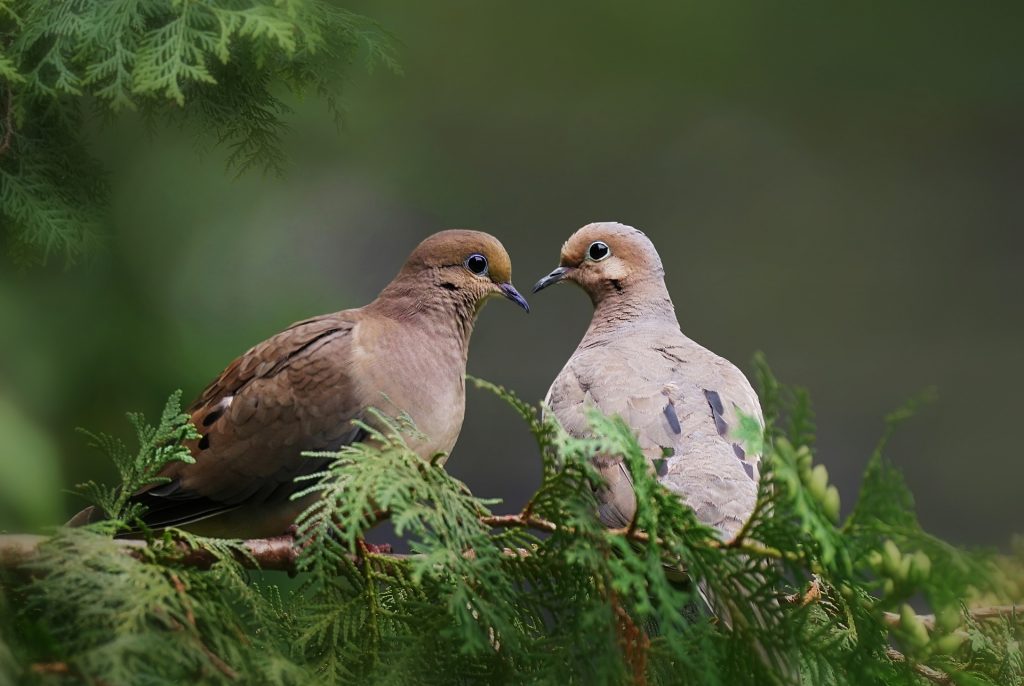 Image by Irene K-s from Pixabay

The mourning dove is the most abundant game bird in Iowa with the highest numbers in the southern half of the state and the Loess Hills. But they are abundant in all 99 counties.

These birds are the brownish-gray birds you see at feeders quite frequently. When they eat seeds, they don’t eat them right away. They pick them up off the ground or out of the feeder and hold them in their crop, a space in the esophagus used for holding many seeds at once so the bird can then fly to a safe place to enjoy their meal.

The mourning doves eat seeds and that is about it. Seeds make up 99% of their diet with the other 1% being snails. They normally eat about 12 to 20% of their body weight per day which equals out to almost 71 calories. These doves are decent sized and eat a lot of food.

They live in the open country or on the edge of woodlands as they like scattered trees. They will generally hang out near grasslands, cropland, backyards, or roadsides because these are the places filled with seeds to eat. They eat so much food during a day they have to live near it.

The mourning dove makes a cooing noise when they sing. It’s quite distinctive and is very easy to replicate. The males coo at the females when trying to find a mate. The mourning doves will also mate for life and lay two eggs.

Despite being a grayish-brown color, they symbolize the same thing as a white dove. They are a symbol of hope and peace. They are named mourning doves because of the cooing noise they make but they aren’t known for actually mourning. So while they aren’t pure white, they are similar in symbolism to their cousins and they’re just as beautiful.