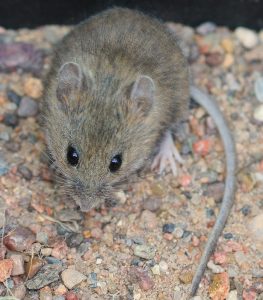 In Dickinson County, we have habitat for six different kinds of mice. Each mouse has something a little bit different about them but to survive in the same place, there must be something they have in common right?

The five mice native to Dickinson County are the Meadow Jumping Mouse, the Northern Grasshopper Mouse, the Western Harvest Mouse, the Deer Mouse, and the White-footed Mouse. The only one who is invasive is the House Mouse. This mouse lives on every continent except for Antarctica.

Even with the one being invasive, all six have similar characteristics. All six mice occupy similar terrain such as agricultural fields, farms, prairies, grasslands, and pastures. They each have their own unique benefits to each mouse. It has a lot to do with what they eat. Which is also very similar.

Five of the six mice are also active during the winter. The Meadow Jumping Mouse is the only one who hibernates. The other five don’t hibernate, instead, they stay active and store food to survive through the winter. During the winter, they tend to live in their nests during the day and many will end up being found in houses or garages. They aren’t always the nicest to our houses, but they must live somewhere, and our houses are warm.

The Meadow Jumping Mouse is the only one who hibernates. To hibernate, they must have enough fat stores to make it through the winter. This is why the seeds, berries, and insects are so important. They need these to finish out the fall and put on all the fat stores to survive.

The coolest mouse in my opinion is the Northern Grasshopper Mouse because not only does it hunt and eat grasshoppers, it can live in sand dunes. It’s not a guarantee that it is found around Dickinson County, but it is very probable due to the conditions it lives in.