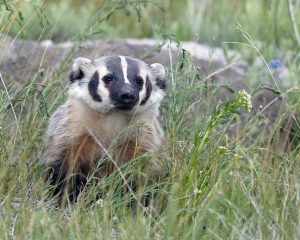 After the noon nature fact about badgers in Iowa, I thought I would dive into more research about them. Turns out, they’re pretty cool and live around us in open areas such as plains, prairies, the edges of forests, and in or around farmlands.

Badgers are native to Iowa and our area here in Dickinson County. Chances are you will see their dens before you see them though. The most common time to see them is at night as they are nocturnal so people don’t mess with them. But watch out on the road as they are sometimes hit by cars.

If you do see one, be a bit wary as they tend to be grumpy and not like visitors.