Have you ever tried your hand at origami? I hadn’t really either until I decided to make this coyote. It was so cute I just had to try it and now you can too.

All you need is a piece of paper that’s a square and be ready to fold. 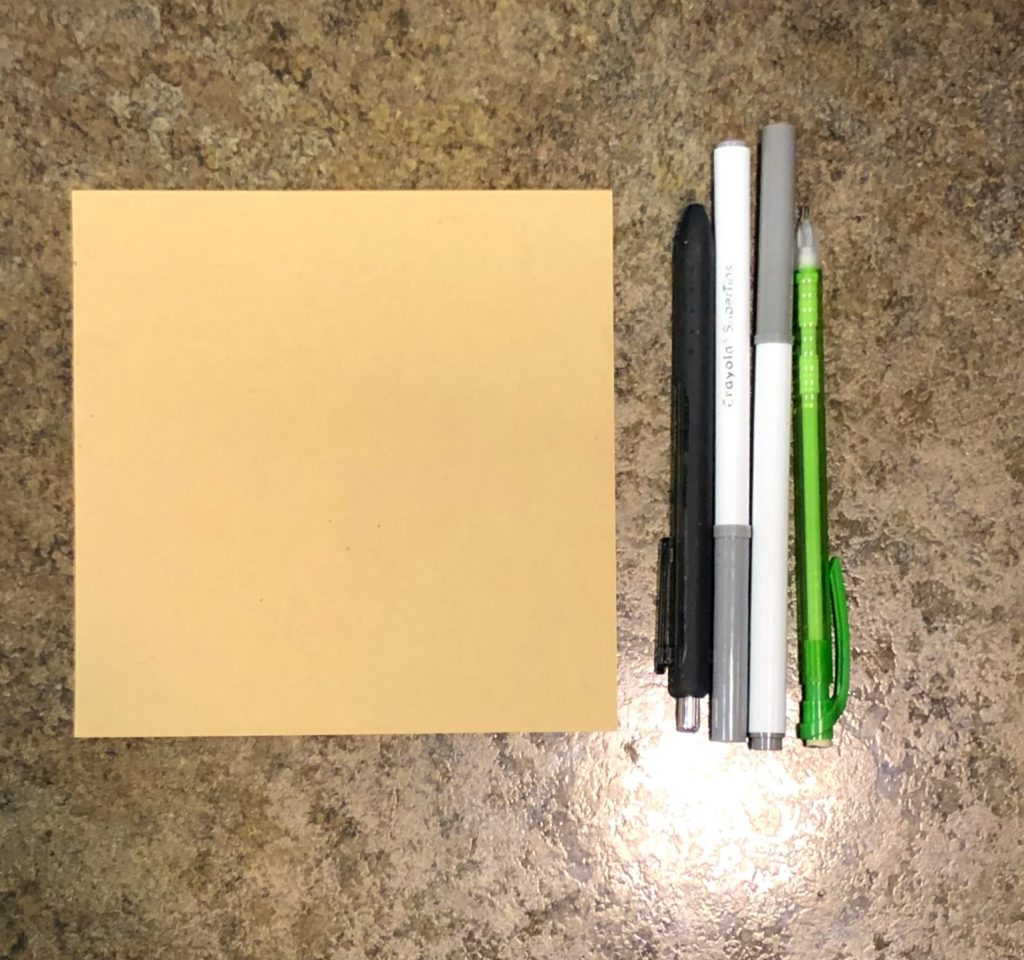 You can use origami paper or a regular piece of paper but it has to be square. I also had some drawing utensils to give the little guy a face at the end. 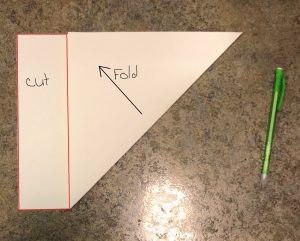 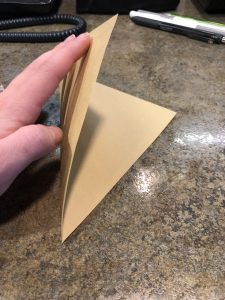 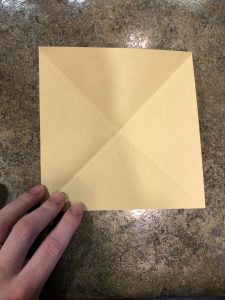 If you’re using a regular piece of paper, fold one corner to the side and cut the extra rectangle off to make it a square. Then fold each corner together so there’s an X in the middle of the paper. 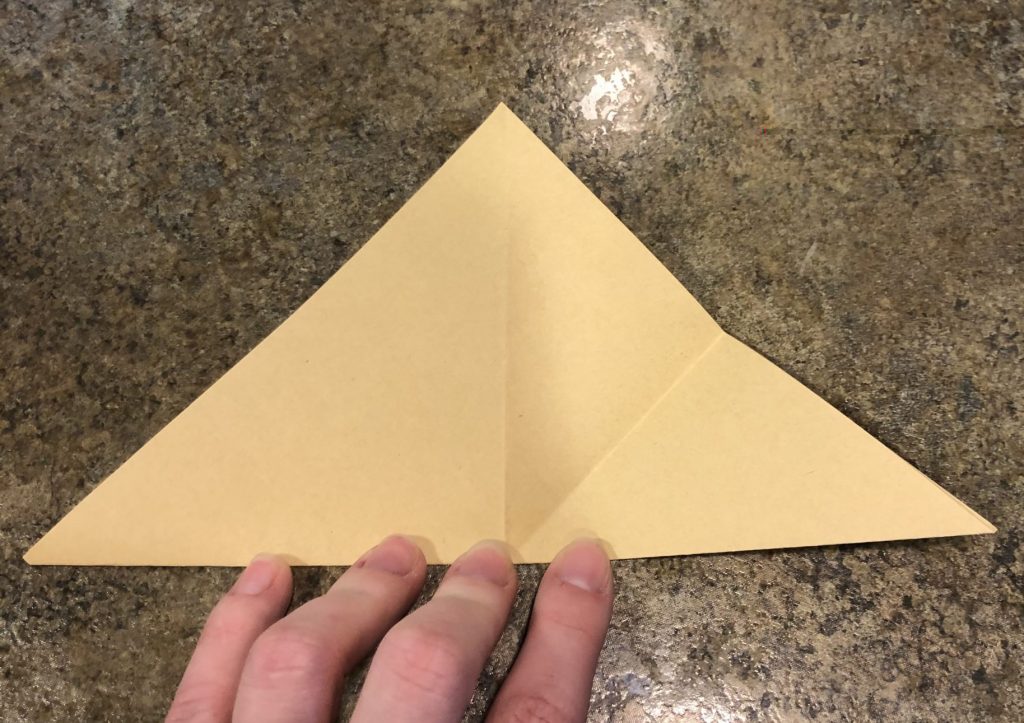 Next, fold it in half along one of those lines to make a triangle. 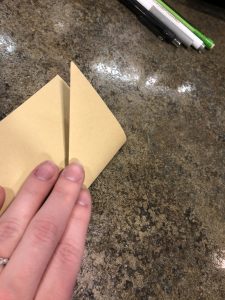 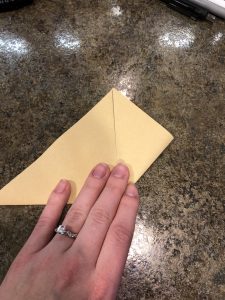 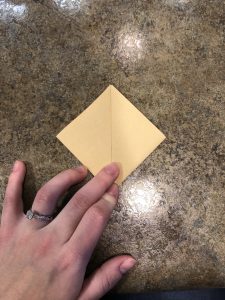 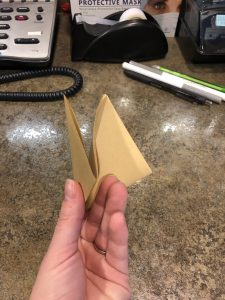 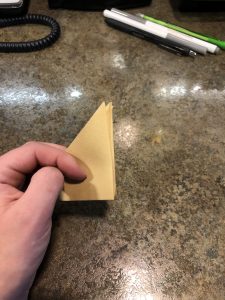 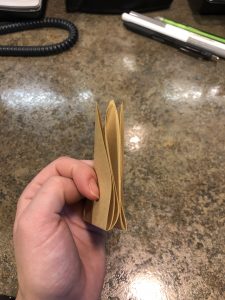 Take the diamond, fold it in half so there are three loose flaps facing out. You have to make sure the three flaps are facing out or it won’t work. 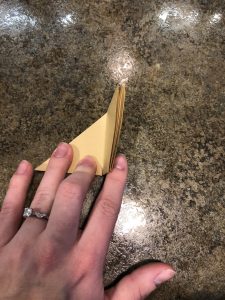 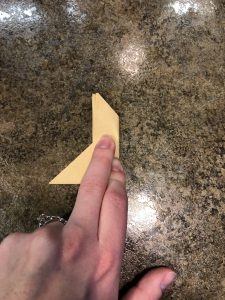 Take the long edge with the three loose flaps, and fold it over toward the back of the triangle. 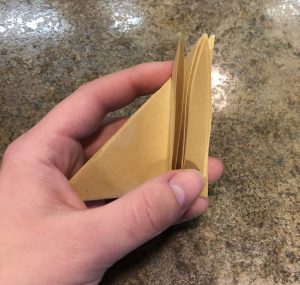 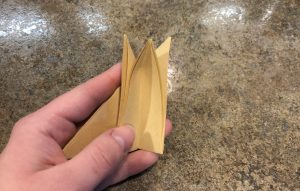 You’re going to take the side you just folded, and open it. It will look kind of like a cathedral architecture is what I think. It’s supposed to look like this. This is good so don’t worry! 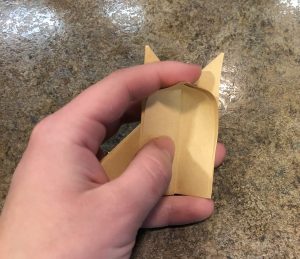 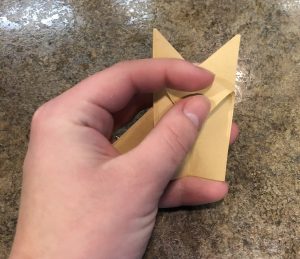 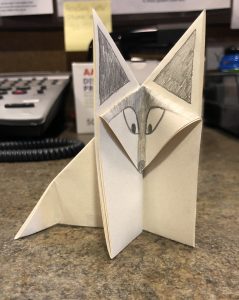 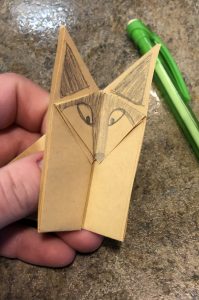 You did it! Now all you have to do it fold the tail in and give your new friend a face. I just used a pencil  to give him a face.

I originally found this origami pattern on Pintrest as a fox but decided it would work well for a coyote as well. There weren’t many other coyote crafts either but coyotes are a great predator and deserve to be made into crafts. I looked at a lot of coyote art to figure out how to make this fox into a coyote and I noticed a lot of the art gave the coyotes a cool, pointy face. To give him a face like this is a great way to make this origami into a coyote. The coloring also helps make it definitively a coyote.