Chipmunks are abundant creatures in the summer but where do they go once fall and winter finally come around? 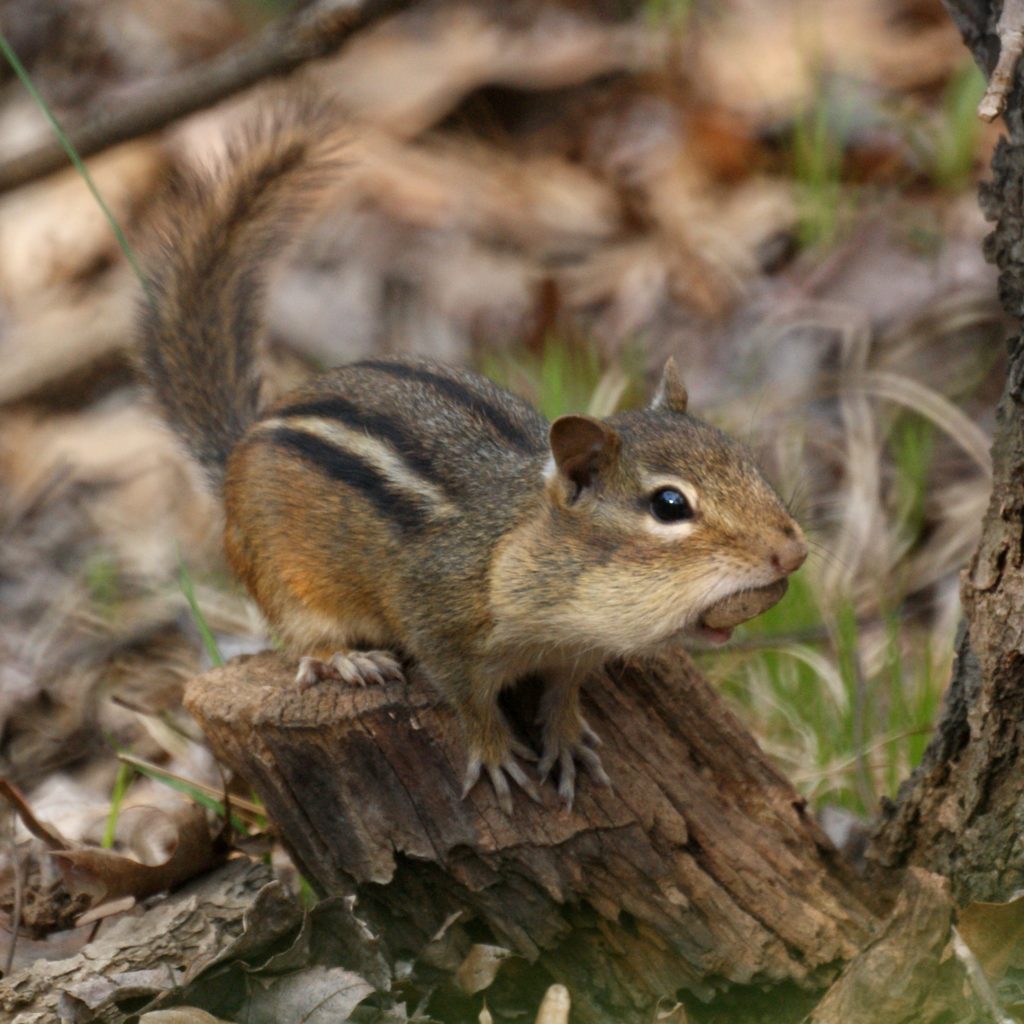 During the fall, they prepare for hibernation. Well, kind of. They gather food to store for the winter. Some species keep the food in their burrows, but others don’t. Chipmunks eat a variety of food but are also somewhat picky. They eat seeds, nuts, grains, fruits, worms, and even some types of fungi according to the National Wildlife Federation blog.

During the winter, chipmunks hibernate but not for the whole winter. Ever few days they will wake up to eat, use the bathroom and raise their body temperatures. When they are hibernating, they are very hard to wake up and their body temperature drops from 94 degrees to however cold their burrow is. This means it could drop from 94 to 40 degrees and stay there for a few days before they wake up again.

Their heart rate also slows down as they go into the deep sleep of hibernation. It can drop from 350 beats per minute to a total of 4 beats per minutes. This is another way they keep their temperature down and why they need to wake up every few days to eat, use the bathroom and restore their bodily functions back to normal.

Without a store of food, a chipmunk would have to go out searching for food during the winter. So their natural instincts to gather food, hibernate for a few days and then wake up to sustain themselves is a long evolved mechanism of survival. It sounds crazy but it works.

Craig Frank of Fordham University has found that as winter temperatures become warmer, some chipmunks won’t hibernate according to the National Wildlife Federation blog. Frank found those chipmunks who didn’t hibernate during the winter were almost certain to not make it to the spring whereas the ones who did hibernate had about an 87 percent survival rate.