While Louis H. Pammel wasn’t born in Iowa, he became a huge part of Iowa history. 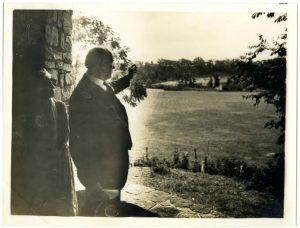 Pammel had gained valuable experience before 1889 when he joined Iowa State College which became Iowa State University. He was a professor of botany but also taught Landscape Architecture. He also became the Experiment Station Botanist at the college while he was there.

While at Iowa State University, Pammel worked with many plants doing research and writing for numerous publications. He was also a part of many organizations. The most important organization was the Board of Conservation.

An act passed in 1917 created the Board of Conservation which Pammel was the board’s first chairman and president appointed by the Iowa governor at the time. Even before this board was created, Pammel was an advocate for protecting lands for the future.

Pammel spent nine years on the Iowa State Board of Conservation and in that time, he was able to establish 38 state parks. Because of all of Pammel’s hard work, Iowa was one of the first states to have a state park system. The first designated state park was Backbone State Park which was dedicated in 1920.

Pammel did a lot of work for the state park system by finding people to donate or fund the board. He also completed much research during this time and continued speaking publicly about the need for conservation of land in Iowa.

In 1927, Pammel left the board and in 1928, Pammel State Park was dedicated in Madison County. After all the work Pammel did for Iowa, it’s only fitting he has a state park named after him.