After hatching from an egg, monarch caterpillars live about 10-14 days.

However, a lot happens in that time.

In the first stage of life as a caterpillar, called the first instar, the larva is 2-6 mm long and does not have its characteristic stripes right awa. Monarch caterpillars begin a pale green or grayish-white color with a black head. By the end of the first instar, dark stripes begin to appear. 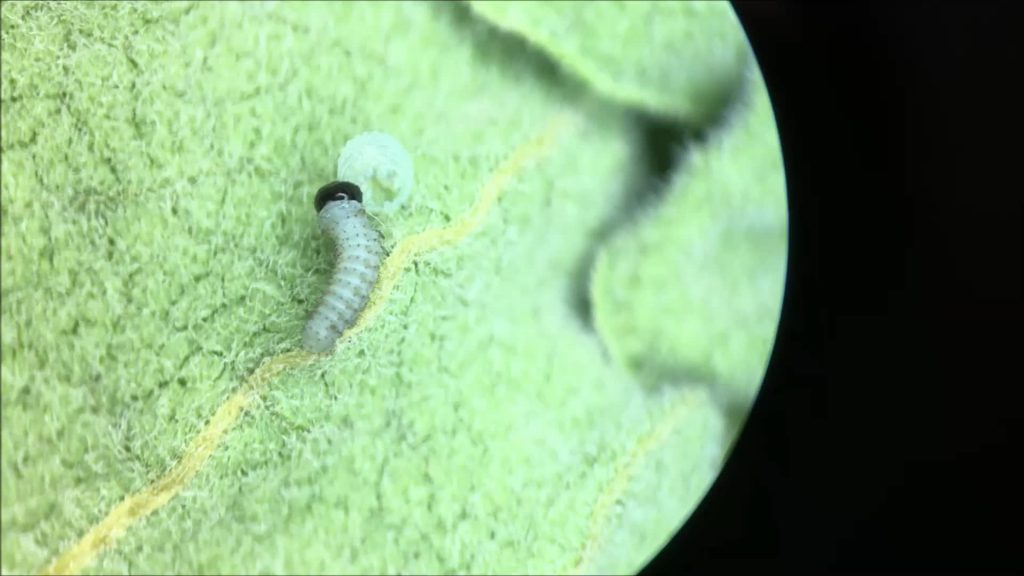 When startled, caterpillars at this stage might drop off of a milkweed leaf on a silk thread, suspending themselves in mid-air.

After its first molt, a monarch caterpillar enters the second instar and grow 6-9 mm long. This is the point when you will see the typical striped pattern of black, yellow and white bands.

The caterpillar again molts and grows to 10-14 mm long in its third stage. The first set of thoracic legs are smaller than the other two at this stage and are closed to the head.

In the third instar, the caterpillar changes the way it reacts when startled. At this point, it will respond by dropping off of a milkweed leaf and curling into a tight ball.

The caterpillar molts and grows to 13-25 mm in this stage. The first pair of legs is now closer to the head, and the prolegs farther back on the body have white spots that were not noticeable before.

The final molt happens, and then the caterpillar grows to its final length of 25-45 mm long. The pattern and color of the caterpillar are most vivid at this stage, and the front legs look much smaller compared to the others.

Time in this instar is a little bit longer at three-five days, dependent on temperature. 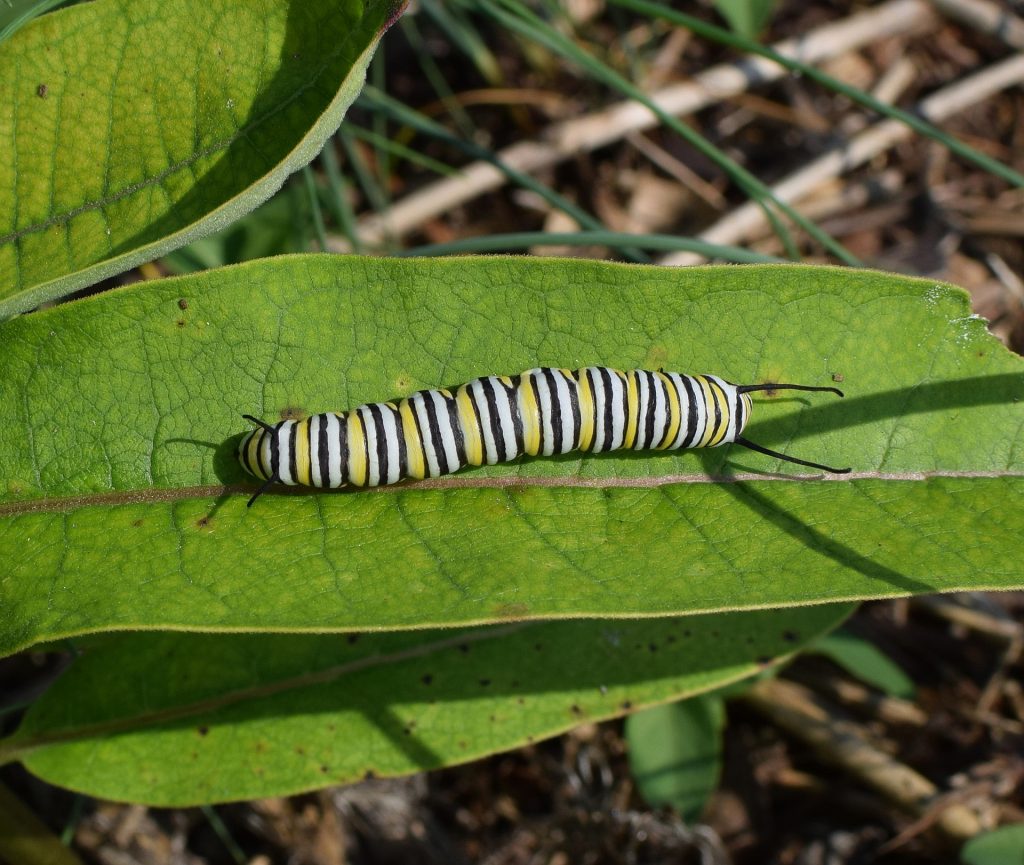