A pretty yellow butterfly that flits around from flower to flower. It's so delicate that it barely seems like it's real. 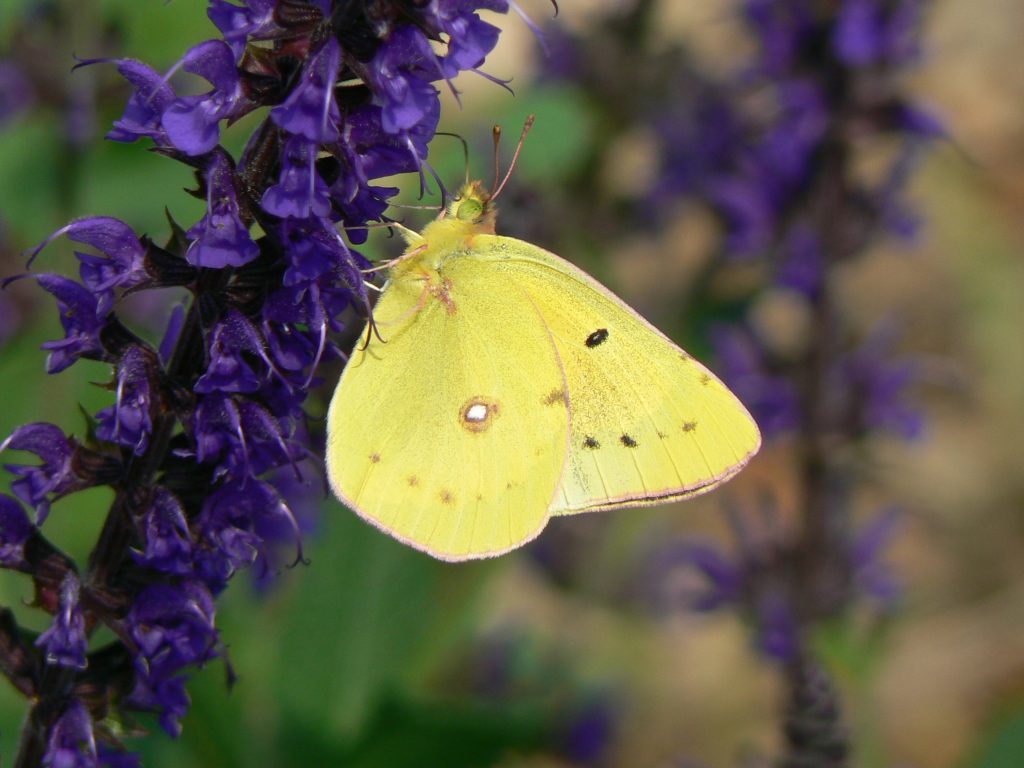 However, the clouded sulphur butterfly (Colias philodice) is one of the most common butterflies in the state of Iowa. Let's take a look at some of the neat facts about it:

Clouded sulphurs get their name from the chemical compound.

Sulphur, or sulfur, is a yellow nonmetal. We typically notice sulfur by the smell --- it smells like rotten eggs --- but it is also a bright yellow color. Clouded sulphurs take after the color, not the smell of sulfur.

Clouded sulphurs are quite small.

Clouded sulphurs are common, but they are quite small so they may be overlooked. These yellow butterflies range from 1.3 inches to 2 inches wide.

They hibernate in Iowa.

Clouded sulphurs are active in Iowa April-October, and the last generation of caterpillars will hatch at the end of the season and will hibernate in their larval state until spring.

They have short lifespans.

In general, clouded sulphur adult butterflies only live two-three days, although some have been documented to live up to three weeks.

Wildlife of Iowa through the alphabet

American wigeon (Anas americana) This dabbling duck migrates through Iowa. It is known for its whistle-like call and its short, stumpy bill that allows it to pluck vegetation to eat with ease. Blue-winged teal (Anas discors) Blue-winged teal are the second most abundant duck in America, behind the mallard. Common mudpuppy (Necturus maculosus) This salamander END_OF_DOCUMENT_TOKEN_TO_BE_REPLACED

As our Pollinator Paradise addition to the Dickinson County Nature Center wraps up construction and we look forward to finishing fundraising for exhibits and adding some children’s museum-quality displays, we have butterflies and bees on the mind. That’s why we’re taking a look at some of the most common types of butterflies and moths in END_OF_DOCUMENT_TOKEN_TO_BE_REPLACED