However, only one kind is native to the northwest corner of the state — green ash. Black ash is found in the eastern half of Iowa, and white ash is common in the southeastern three-quarters of the state.

Green ash are a hardy tree, and they grow very fast. However, they are under threat from the invasive emerald ash borer, so they are not as readily available or desirable to plant. 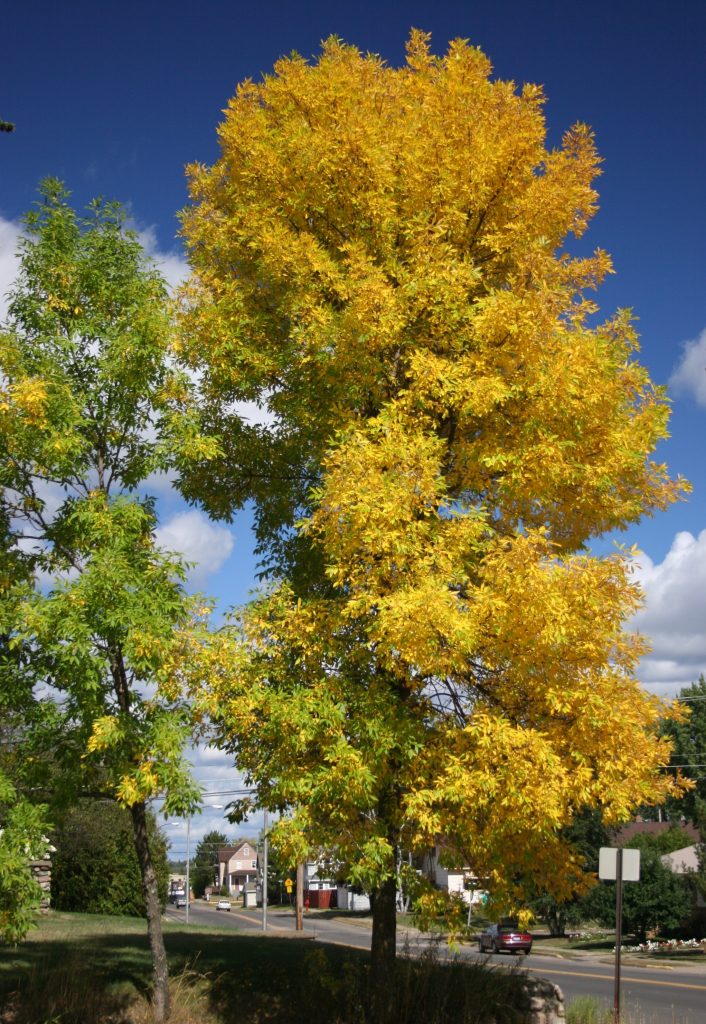 Green ash trees are on the smaller side for many Iowa trees, growing 50-75 feet tall.

Green ash have been planted in a wide variety of areas, because they are tolerant to a wide variety of habitats. They prefer mesic soil and part-shade to full sun, but they will tolerate many different soil textures and moisture levels.

Leaves are once-pinnately compound, opposite of each other. There are five to nine leaflets that are 2-6 inches long and usually oblong-lanceolate in shape. The leaf edges are toothed. The leaf surface is glossy and hairless.

Green ash produce a seed that looks like a feather. It is yellow and has a wing that extends about 2 cm in length.