Teddy the ornate box turtle at the Dickinson County Nature Center is named after former president and conservationist Theodore Roosevelt.

Roosevelt, whose nickname was Teddy --- even though he didn't like it, was born in 1858 in New York City. He grew up homeschooled due to medical conditions and grew a passion for animals during this time.

In 1884, Roosevelt left New York City for the Dakota Territory, where he spent two years as a cowboy and cattle rancher, mourning the death of his mother and wife.

Roosevelt became president in 1901 after the assassination of President McKinley. Roosevelt was the youngest man to assume the presidency, at age 42. 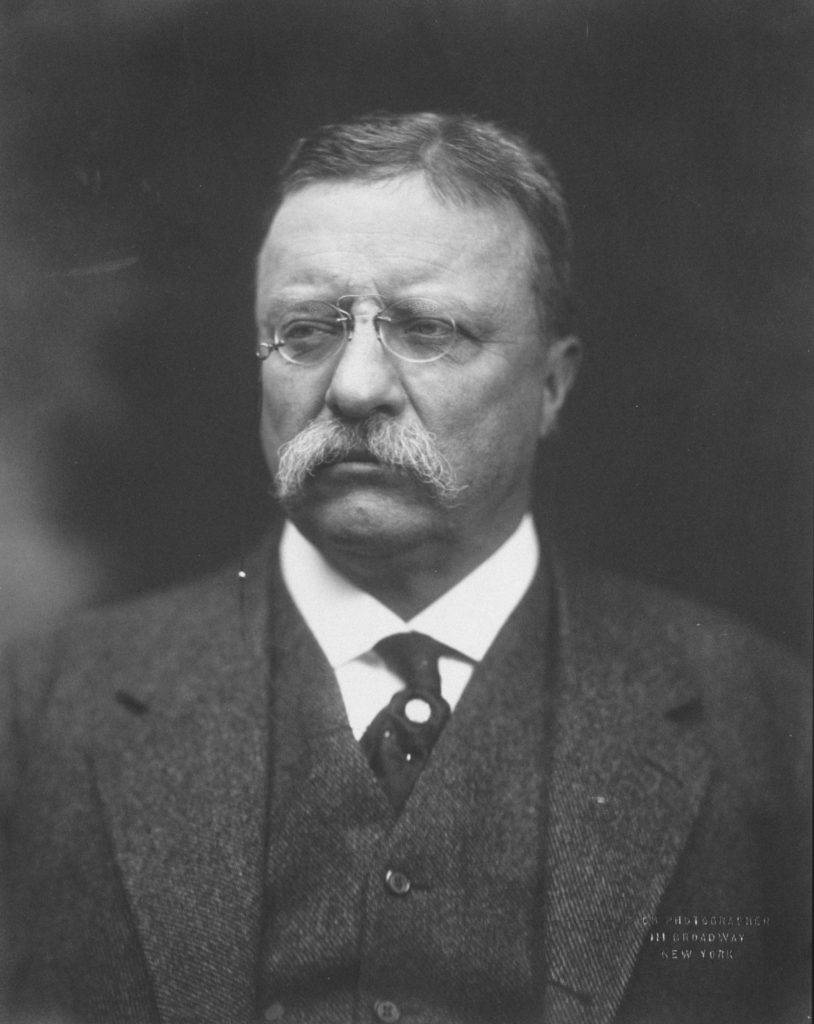 He was considered a conservationist for his work protecting natural areas throughout the country. In 1906, he signed the National Monuments Act or American Antiquities Act. Through this, 150 national forests, 51 federal bird sanctuaries, four national game preserves, five national parks and 18 national monuments were created. During his presidency, Roosevelt protected about 230 million acres of public land.

Roosevelt died in 1919, but his legacy is found throughout the U.S. Six national park sites are dedicated to him.

(Read more about his connection to national parks here.)

We had someone comment that Teddy the box turtle looked unhappy because he wasn’t in water. However, he’s a terrestrial turtle, so his kind lives the majority of their lives on land and not in the water. Yet, he isn’t a tortoise. Some people in Florida released tortoise hatchlings into the ocean. However, they aren’t END_OF_DOCUMENT_TOKEN_TO_BE_REPLACED

Shells, claws and tails — turtles can seem confusingly similar. However, if you know a few key differences to look for, you can soon confidently identify some common turtle species in Iowa. There are 13 turtle species known in Iowa, but we’re going to look at just five — Blanding’s turtles, painted turtles, red-eared sliders, END_OF_DOCUMENT_TOKEN_TO_BE_REPLACED

When kids who have been to the nature center before return, many of them beeline to see Teddy the ornate box turtle. (Teddy has some lessons for us to learn in this video.) But how much do you really know about the ornate box turtle (terrapene ornata ornata)? Long live Teddy. Ornate box turtles have an END_OF_DOCUMENT_TOKEN_TO_BE_REPLACED

Teddy — named after conservationist former President Theodore Roosevelt — is an ornate box turtle. That means he is an omnivore and will eat both plants and animals, just like humans! See naturalist Ashley Hansen feed Teddy and learn what his favorite foods are in this video! You can also see more Teddy videos on END_OF_DOCUMENT_TOKEN_TO_BE_REPLACED