Warblers are quite the mystery.

They fly high and sit high in the trees when they do land. They flit quickly. They are tiny. Some look a lot alike.

However, for most birders, warbler season is one of the highlights of the year.

Most warblers simply migrate through Iowa, especially northwest Iowa, but there are three species that stick around and make their home here for nesting season. Those are the common yellowthroat, American redstart and yellow warbler.

Let’s take a look at these intriguing birds: 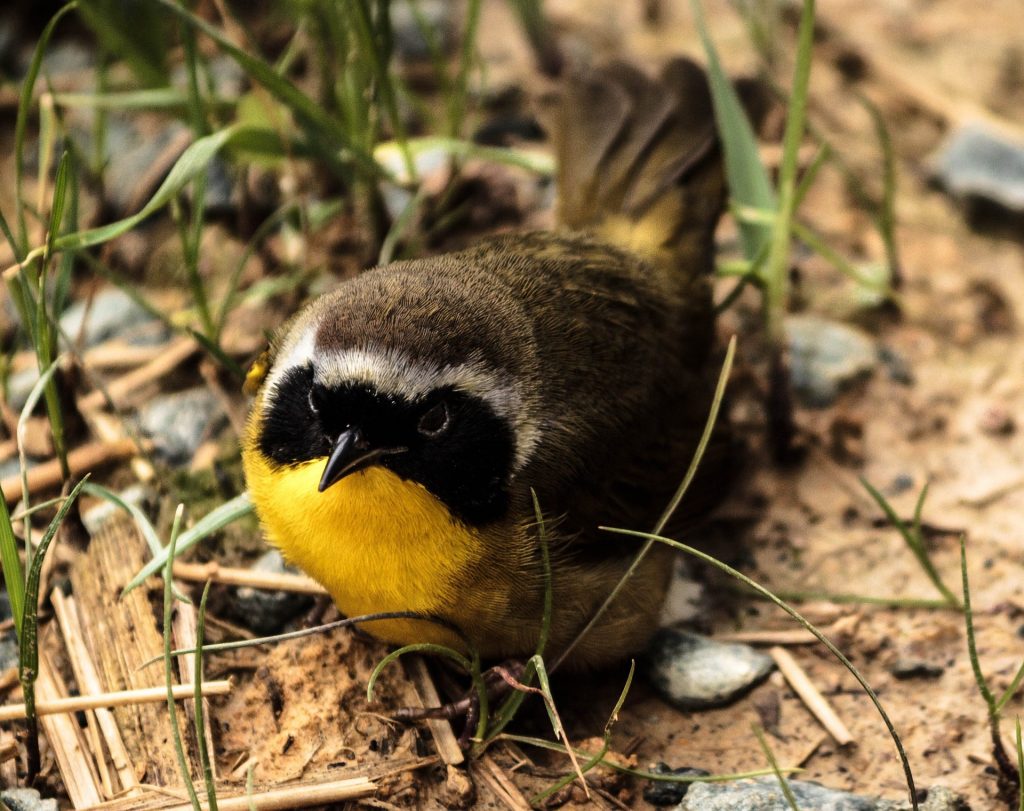 One of the most numerous warblers, common yellowthroats don’t just have yellow throats, although the throat is typically more yellow than the rest of the olive-yellow body. Males are easily identified by the black mask with a white line above. Females are usually a plain olive color with yellow patches on the throat and under the tail.

You’ll find common yellowthroats in a variety of habitats from wetland areas to grasslands, but they are most common in wet areas. They like marshy areas to build nests in and will create their nests on or near the ground among grasses, sedges, reeds, cattails and other wetland plants. 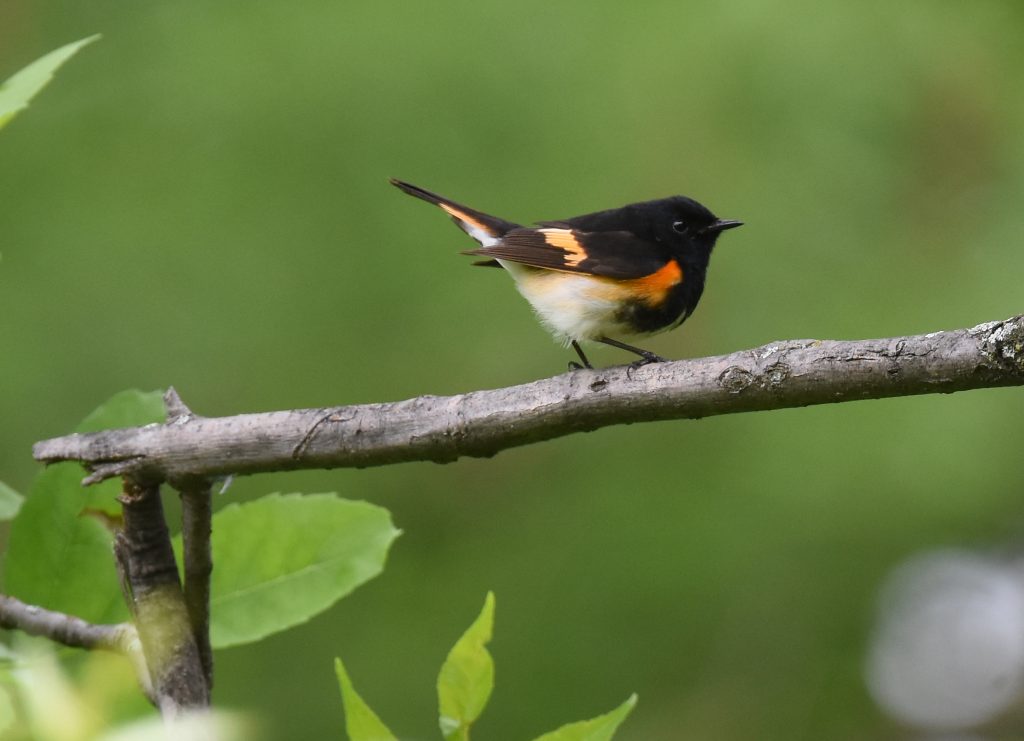 With a name like American redstart, some people might not realize that this bird is actually a warbler.

The male and female of the species look quite different. The male is jet black with orange patches on its sides, wings and tail. Females, and immature males, are gray with yellow patches on their shoulders and tail. They use the bright colors on their tails to startle insects and catch them to eat.

If they have decided to make Iowa their breeding home, you can most likely find American redstarts in deciduous forests, especially where they can be near water. They nest in trees, near the trunk, or in shrubs where they are well camouflaged by foliage. 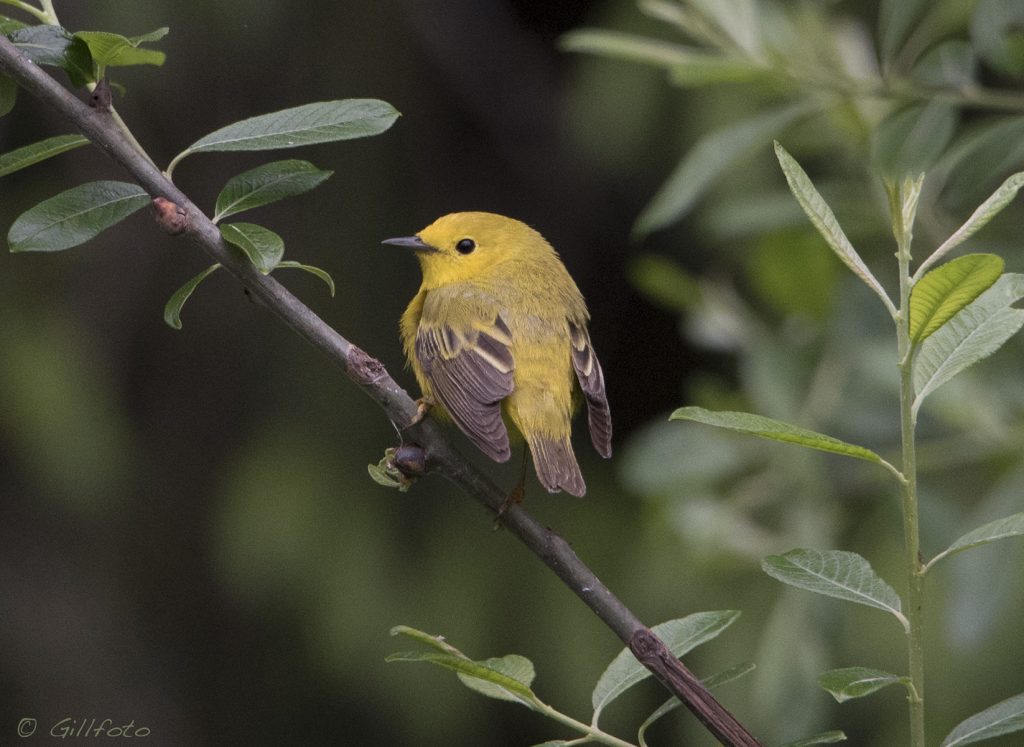 If you look up yellow warbler, you’ll find all different kinds of species of warblers that fit the bill. However, the yellow warbler is truly the most brilliant yellow of them all.

Male yellow warblers are bright yellow with an olive-tinted back and a chest that has chestnut-colored streaks. Females lack the chestnut streaking. Their faces are unmarked, accentuating their completely black eyes.

During breeding season, you’ll find yellow warblers along streams and wetlands. They like shorter foliage where they can find prey such as caterpillars, beetles, midges and others bugs and even wasps. They also nest in bushes or small trees, placing the nest in a vertical fork for stability.

Although only three warblers nest in northwest Iowa, there are also a variety of warblers that simply migrate through Dickinson County. Check them out as they come through the area around the beginning of May.