A geode has many definitions, comes in many shapes and sizes and has an interior that can look many different ways.

Geodes begin when a cavity is formed inside of a rock, which can happen in different ways.

When lava or magma cools and a bubble of carbon dioxide or water vapor flows in, an empty space is left behind. Lava can also solidify underwater, and any water inside will crack the rock and leak out, leaving a cavity.

Geodes can also form in sedimentary rock. What starts as a solid core could begin to dissolve, or a piece of organic matter like a fossil or wood buried in the sediment could weather out over time, leaving a cavity.

That's when the real magic begins to happen.

These hollow rock shells are porous, so over time mineral-rich groundwater or rainwater will begin to seep inside. Layers upon layers of minerals begin to line the cavity.

Because the mineral-rich water that seeps inside geodes is different, that is why the insides of geodes look different. The inside could be filled with quartz crystals, hematite, dolomite, calcite and agate. 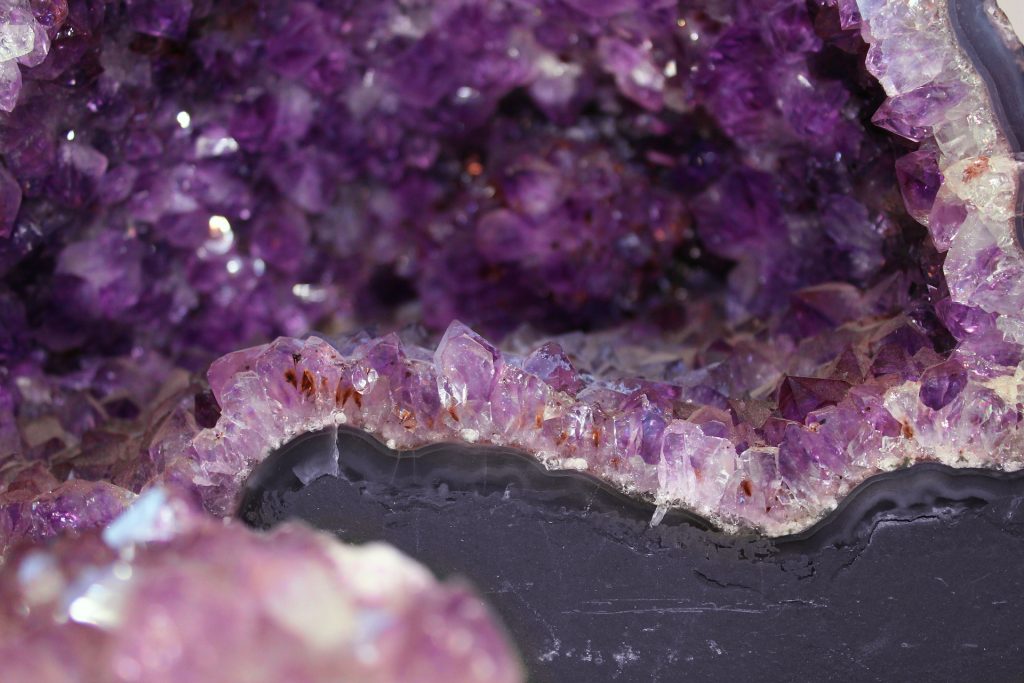 Geodes can be small, a few inches across, or up to several meters in length. They separate from their host rock because of their strong outer shell that stays even when the rock around them is worn away. They can then be dug from the land or soil or found in stream beds whole.

Geodes are Iowa's state rock because one of the best-known occurrences of geodes in the entire world in Keokuk. Formed in limestone, these geodes are usually a few inches wide and have outer layers of chalcedony with interiors of quartz crystals. They are often found in soil and streams. 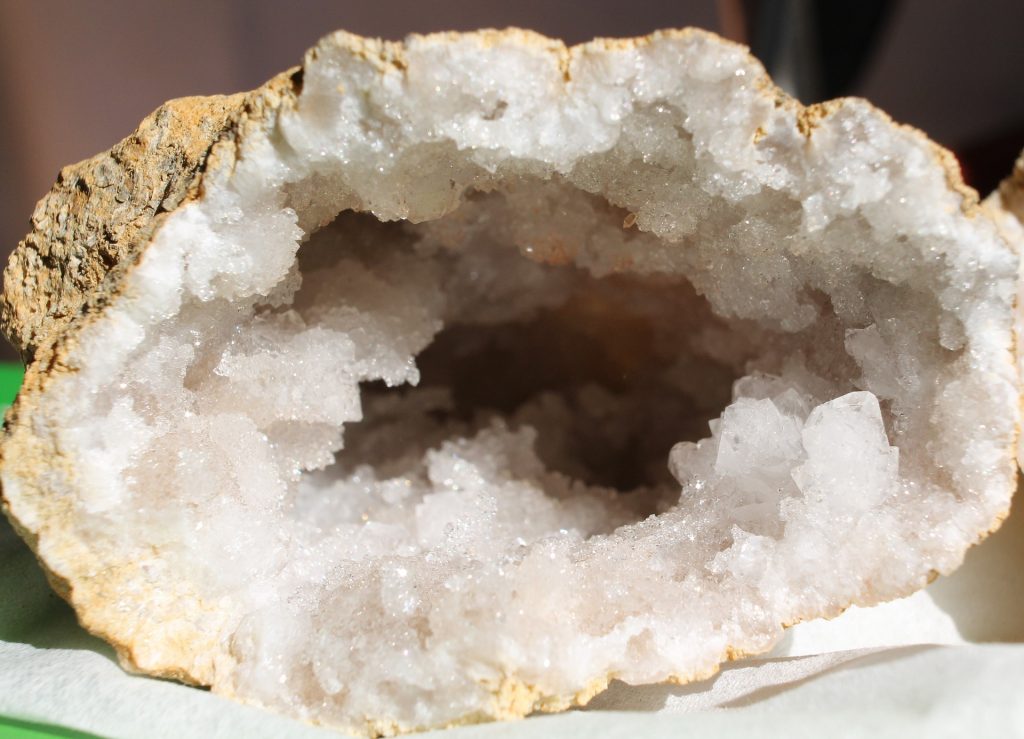 Rocks are continuously changing. Temperature, weathering through rain or wind,  pressure — rocks move through a cycle back and forth, back and forth. Let’s take a look at the different types of forms rocks can be found in: Igneous Igneous rocks are formed through the cooling and solidification of magma, or lava. The atoms and END_OF_DOCUMENT_TOKEN_TO_BE_REPLACED

Peering out the window of the Dickinson County Nature Center, I can see birds at the feeders in the avian courtyard. One of them is a brilliant yellow color with black wings, and it is right at home here. That’s because the American goldfinch is the state bird of Iowa. Did you know that Iowa END_OF_DOCUMENT_TOKEN_TO_BE_REPLACED

Have you ever wanted to experience the world through the eyes of an insect? Imagine the viewpoint looking up through the grass, seeing the expansive world that exists right on the surface of the earth. Well, I can’t offer you that view, but I can help you turn yourself into a bug — at least END_OF_DOCUMENT_TOKEN_TO_BE_REPLACED