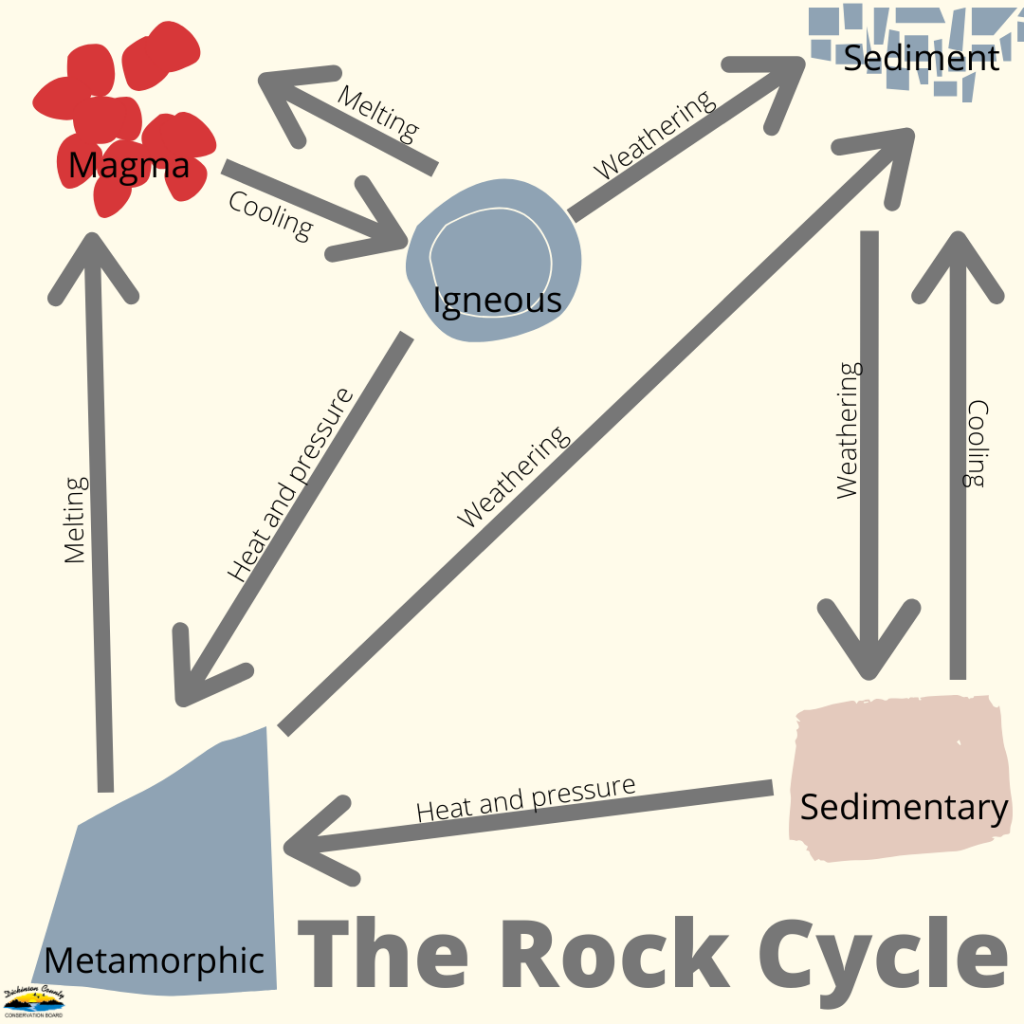 Let's take a look at the different types of forms rocks can be found in:

Igneous rocks are formed through the cooling and solidification of magma, or lava. The atoms and molecules of the minerals in the magma are rearranged, and as they cool, they form together into rock.

Igneous rock formations are found in Yosemite National Park in California, Sunset Crater Volcano National Monument in Arizona and through the U.S.

When rocks are weathered and eroded they break up into smaller pieces called sediment --- think of dirt or sand. Over time, this sediment can be moved by wind, rain and flows of ice.

Sediment compress over a long period of time and form sedimentary rock. It can even form from the skeletons of animals, from plants and from other living things. We find fossils in sedimentary rock.

Metamorphic rocks are rocks that have been changed by heat, pressure or both. They started off as either igneous or sedimentary rocks, were buried, squeezed, folded and heated as mountain ranges were pushed up from the Earth's crust.

Minerals actually aren't rocks but are the building blocks for rocks. Minerals are natural, solid, inorganic substances. They aren't formed from plants or animals but are made up of chemicals. Most minerals are made of repeating crystals. They grow or cement together to form rocks.