The grant was utilized to purchase the Build a Pollinator exhibit in the new Pollinator Paradise addition to the Dickinson County Nature Center in Okoboji. 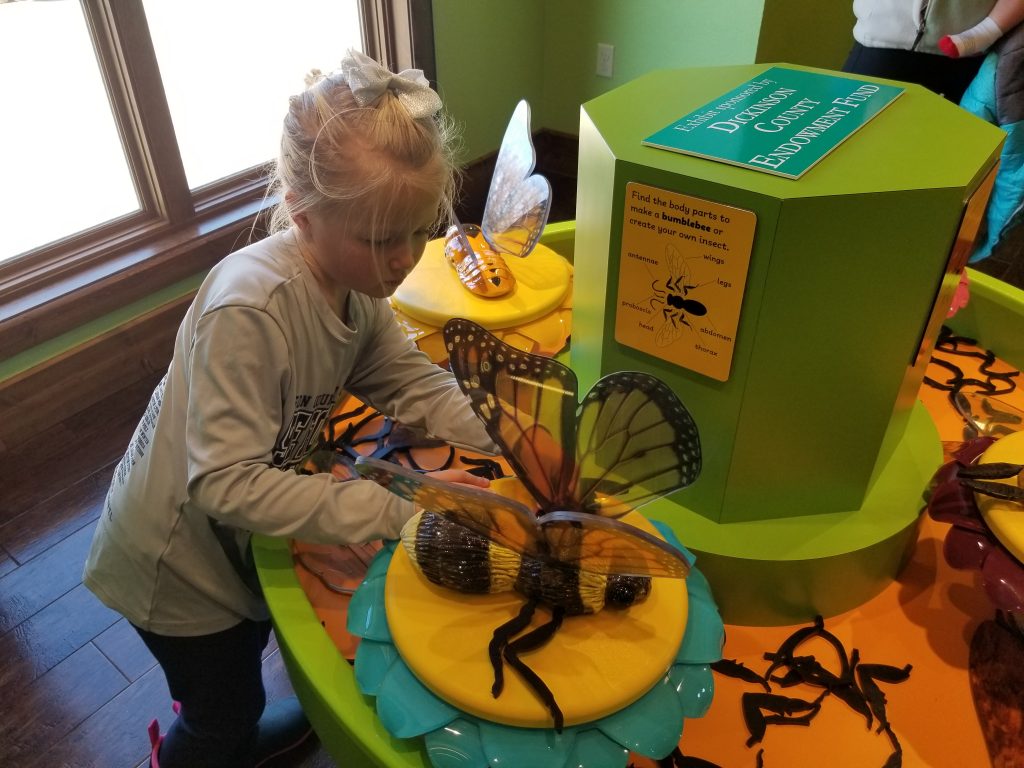 In the Build a Pollinator exhibit, visitors get to re-create a pollinator with three-dimensional body parts to learn what makes a bee, butterfly, beetle or moth so efficient at its job. They can also use their imagination to create a super pollinator by using body parts from all the different creatures.

Pollinator Paradise also features a variety of other interactive, hands-on exhibits for all ages, including a life-size apple orchard with trees to pollinate, a human-sized honeycomb climber, a food truck with pollinated ingredients and a digital game in which people can create their own pollinator garden.

“Build a Pollinator and all the exhibits inside Pollinator Paradise have been extremely popular since the grand opening in November 2019,” Roth said. “Our visitor numbers have increased greatly since that time, and we expect those numbers to only grow as tourist season comes upon us in the Iowa Great Lakes area.”

Pollinator Paradise is an important project that helps teach people about the dwindling populations of pollinators and why we need to help bring them back. Monarch populations have dropped by up to 90 percent in the past 25 years, and 50-70 percent of Iowa honeybee hives have died through the past several winters. Issues such as a lack of native habitat and food sources as well as pesticide use have harmed populations.

“We call Pollinator Paradise sneakily educational, because kids have so much fun but they also are learning about pollinators and their importance while they play,” Roth said.

Pollinator Paradise is free to the public and is open 10 a.m.-4 p.m. Tuesday-Saturday, year-round.