Almost 70 species of butterflies have been seen in Dickinson County, Iowa, and the time of year can be told from which ones are most active. In fact, you can tell when spring is making its appearance by which butterflies are hatching after overwintering in the chrysalis state or from spots further south. 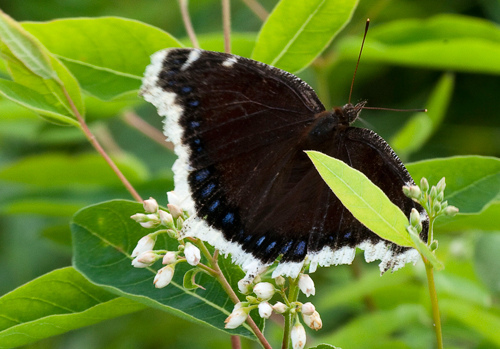 The mourning cloak might be one of the earliest butterflies that can be seen each spring, with flights beginning as soon as early March, and the red admiral soon follows in late March.

The cabbage white soon follows with flights beginning as soon as early April. The pearl crescent overwinters in Iowa and can hatch in early April, with multiple broods through late October.

The common checkered-skipper doesn't overwinter in Iowa, but it can be seen throughout the year. The first butterflies arrive from the south in early April, and some have been seen as late as November. 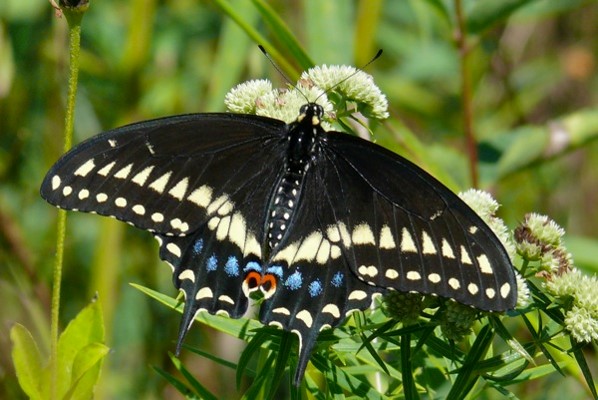 Black and eastern tiger swallowtails are also a sign of spring, because they overwinter in Iowa and have their first flights April through early June. American ladies emerge in mid-April and can be spotted through mid-August.

The checkered white hatches mid-April and is common in the region and into Minnesota during April and May. 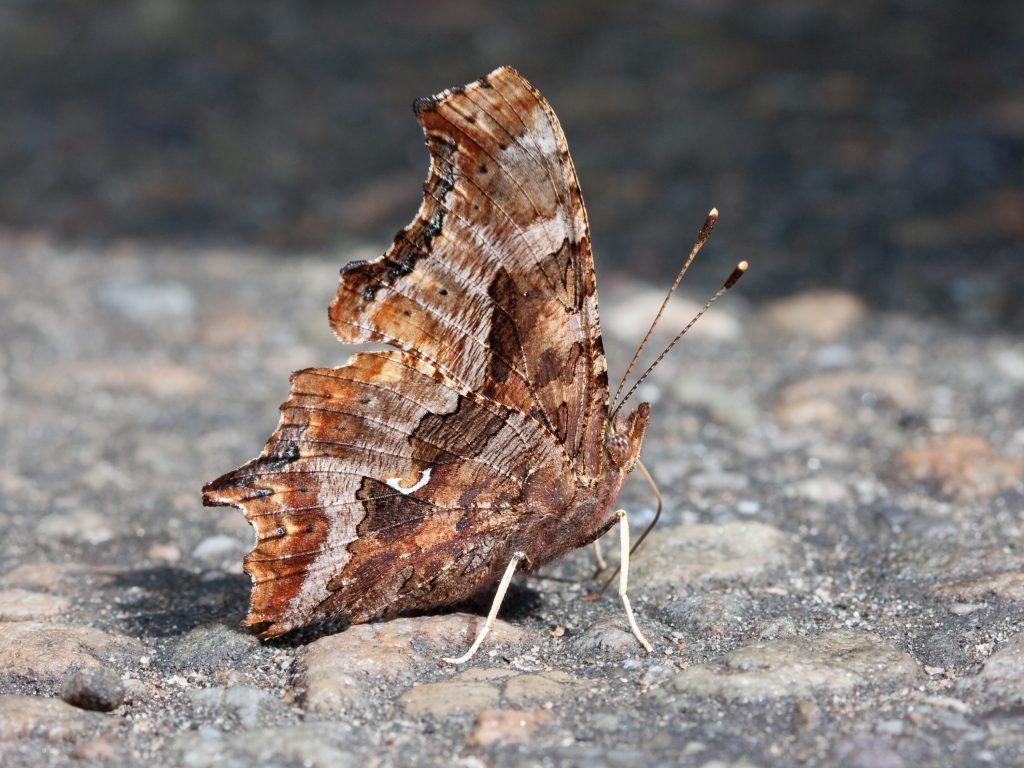 The eastern comma overwinters as an adult, and they awaken in mid-April and fly through mid-May. Their offspring then hatch in mid-June to mid-July.

The 69 species that have been documented in Dickinson County are:

Thank you to "The Butterflies of Iowa" by Dennis Schlicht, John C. Downey and Jeffrey C. Nekola for the information.

We love pollinators, and we love sharing that love with others through education and fun. At the 2019 Bee & Butterfly Festival, visitors could create a fun butterfly ring with a simple cardstock template and a pipe cleaner. You can create your own by downloading our free template below, and then all you need is END_OF_DOCUMENT_TOKEN_TO_BE_REPLACED

During monarch tagging at Dee’s Bee & Butterfly Festival, taggers often get to choose whether they want to tag a male or a female monarch butterfly. Then the next question is, how do the staff helping with tagging know the difference? There are two very simple ways to tell apart a male and female monarch END_OF_DOCUMENT_TOKEN_TO_BE_REPLACED

The line of symmetry is the imaginary line that divides something into two exactly equal and opposite parts. These two parts mirror each other; you can fold the figure in half and the two parts match exactly. Take a look at a monarch butterfly. Notice how the wings are identical but opposite; they are an END_OF_DOCUMENT_TOKEN_TO_BE_REPLACED

My fingers are stained orange like I just ate a bag of Cheetos. At least that’s what naturalist Ashley Hansen said when she looked at me. But it was for a good cause. See, I just spent 10 minutes coloring an empty toilet paper tube orange to make a super fun Christmas tree ornament! All END_OF_DOCUMENT_TOKEN_TO_BE_REPLACED

I thought I would try my hand at a paper butterfly today and give you some directions to try it out yourself! Step 1: Create a waterbomb base. Fold your square of paper in half, then in half the other direction. Unfold the paper and fold it into a large triangle. Unfold the paper. Flip END_OF_DOCUMENT_TOKEN_TO_BE_REPLACED