Spring is coming, and that means that we starting looking for the Okoboji osprey to return to the nest in Kenue Park.

They are amazing creatures that follow a strict schedule, and you can almost set your watch by them. Here is a quick timeline of the typical osprey year: 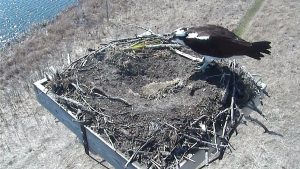 April 2: After overwintering in Central or South America, the male typically begins his migration to his northern breeding grounds in mid-March. He arrives in the Okoboji area between April 2-4.

April 6: The female typically arrives about a week after the male. The pair then work together to create a nest or to build upon a previous nest. 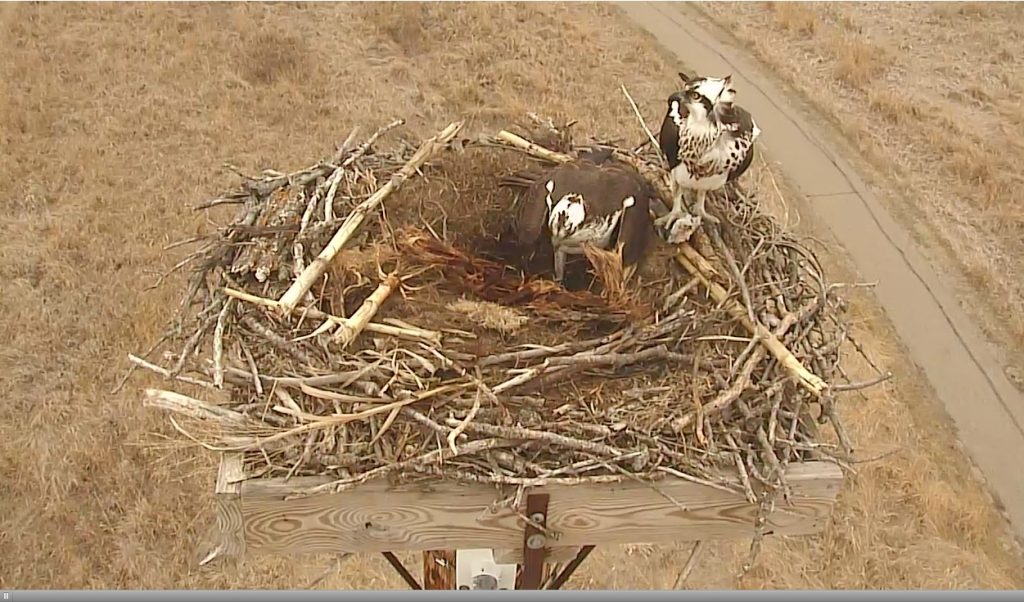 April 12: About a week after the female arrives, breeding begins.

April 22: The male and female may breed several times before the female lays her first egg, around April 22. 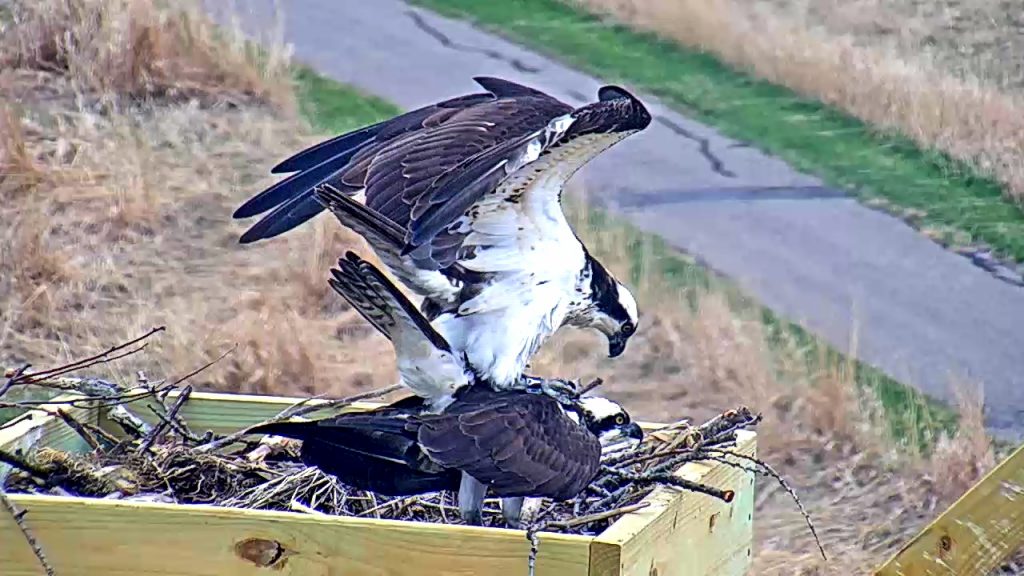 May: The female osprey will not begin to incubate any eggs until she has laid all that she is going to lay to ensure that they will hatch about the same time. Osprey typically lay 1-3 eggs per season. Incubation is approximately 36-42 days and is done primarily by the female, but the male will assist while the female is eating fish that the male has brought her.

May 31: The osprey chicks will begin to hatch around the end of May or beginning of June. The female will keep the chicks underneath her wings to keep them warm until they begin to grow feathers. 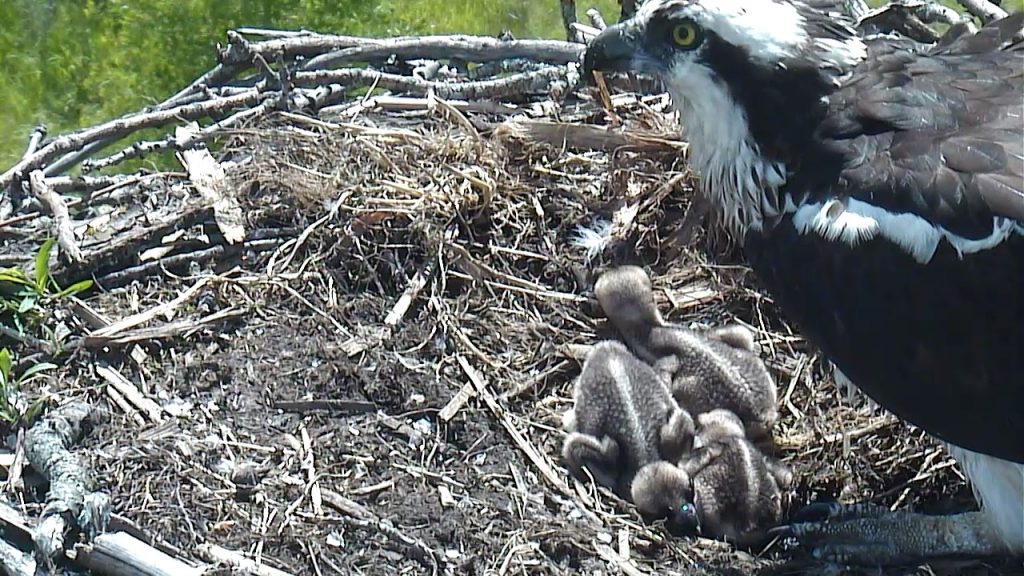 Summer: The male and female osprey both care for the chicks. The male will fish in the Iowa Great Lakes and will eat his share, then will bring back the rest of the fish to the female and the chicks.

July 24: The chicks will match the size of the adults within about 55 days, at which point they will begin to test their wings. The largest chick usually begins to fly first, followed by the others. They will fly progressively longer and longer distances.

August: Osprey eat about 99 percent of their diet in fish, and the parents need to teach the chicks how to catch fish. The birds can be seen around the Iowa Great Lakes area learning to dive and catch fish.

September: About the beginning of September, the osprey will begin their migration south. The male usually leaves first, followed by the female and the full-grown chicks. All migrate and overwinter independently. The chicks will stay in their overwintering location for a full year and a half before returning to an approximately 50-mile radius to begin breeding themselves.

Osprey are unique raptors that are built to eat fish, in fact, it’s 99 percent of their diet. Click on the image below for a free printable osprey maze activity that you can challenge yourself with at home. Read more about osprey at these links: WATCH: Osprey lifespan Seven differences between osprey and bald eagles END_OF_DOCUMENT_TOKEN_TO_BE_REPLACED

When people see the large nest inside the Dickinson County Nature Center and the big raptors on the outdoor nest during the summer, they often think they are bald eagles. Many people don’t realize that after being extirpated in Iowa, osprey populations have started to make a comeback in the 2000s. Each summer, osprey come END_OF_DOCUMENT_TOKEN_TO_BE_REPLACED

Blue skies. Warm temperatures. Fresh fish. It was a beautiful winter down south, and it was rejuvenating. I’m a bit of a loner in the off-season, and I needed some time away from my husband after our tragic loss of our chicks last year. I needed some mental recuperation, and the gorgeous winter provided me END_OF_DOCUMENT_TOKEN_TO_BE_REPLACED