Environmentalists have been watching and waiting as new invasive species begin to take hold and move across the country and across Iowa.

Jumping worms, the brown marmorated stink bug, the gypsy moth and the spotted lanternfly. Let's take a look at a few of these up-and-coming invasives.

However, the new jumping worm --- hailing from southeast Asia --- is creating problems that the current earthworm populations did not.

First, compared to other earthworms, jumping worms grow and reproduce faster and have a more flexible diet that allows them to survive easily and grow populations quickly. They can even reproduce asexually, without mating.

The other issue with jumping worms is what they do to their environment. They don't burrow, so they increase soil compaction instead of aerating the soil, which in turn decreases water filtration and increases surface runoff. They also digest materially so quickly that they can eat up all of the nutrients and organic matter to the point that plant roots no longer have contact with the soil and die.

Jumping worms can be told apart from other earthworms because when disturbed, they literally jump around and slither like snakes. They also have a flat, instead of ridged, neck and a bright white clittelum --- the band near the head of the worm. They grow up to 8 inches in length.

Jumping worms have now been found throughout Iowa, Wisconsin, Minnesota and Illinois and have been spread through compost, in potted plants and disposal of fishing bait. 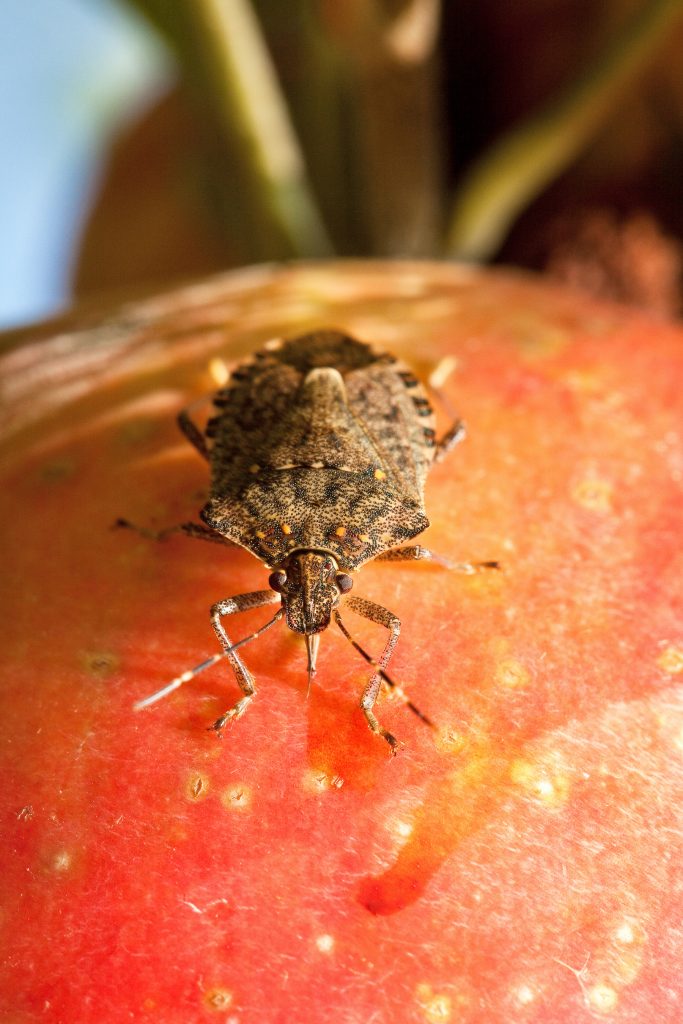 Although only a nuisance in Iowa, this new invasive is now found in 44 states and Canadian provinces. It spreads easily because it will climb in cardboard boxes and travel as these boxes are shipped throughout North America. 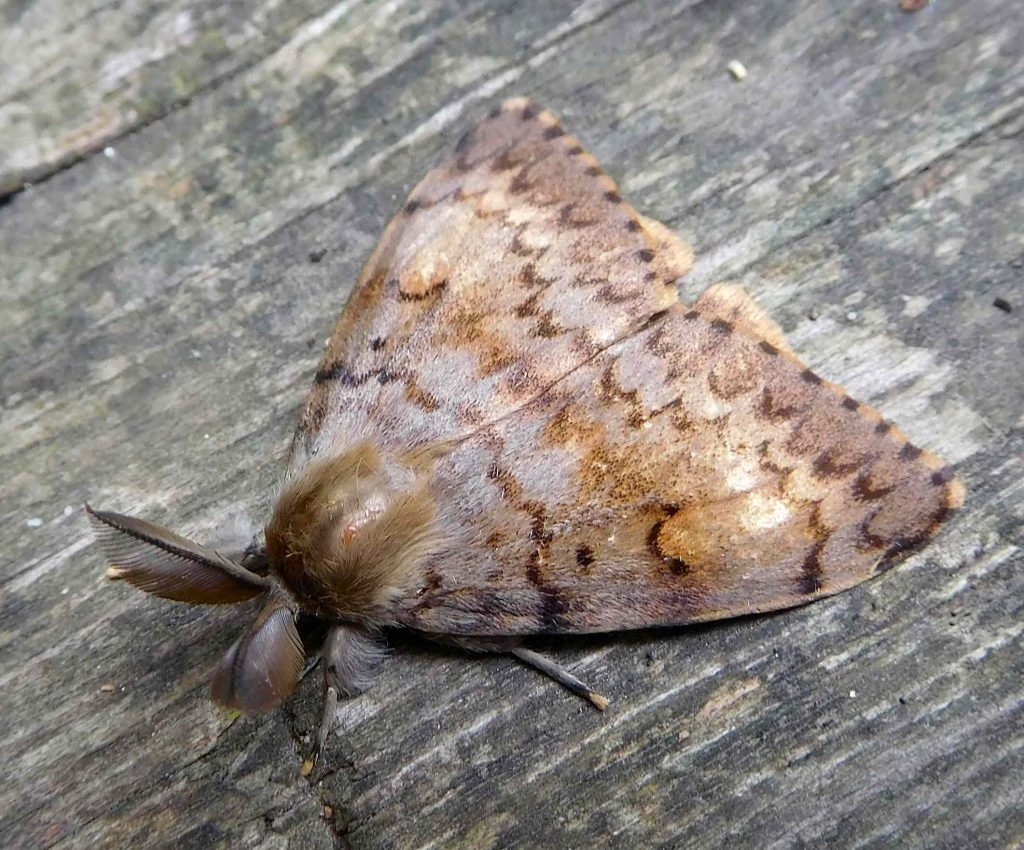 Called the goats of the insect world, gypsy moths are highly destructive because they will eat just about anything, even house screens if foliage is not available.

Gypsy moths can strip the foliage off of trees, and although they love oaks, they will eat 300-500 different species of plants. Not only will this kill the tree that they have eaten the foliage off of, but it also opens up forest canopies to allow for the growth of invasive underbrush and changes the decomposition rate of the forest floor, increasing fire load. The hairs on the caterpillars can also cause allergic reactions in humans, even when not touched.

These moths spread easily, have a wide host range and encounter few natural enemies. Slow the Spread is working on finding ways to impede the spread of this invasive. 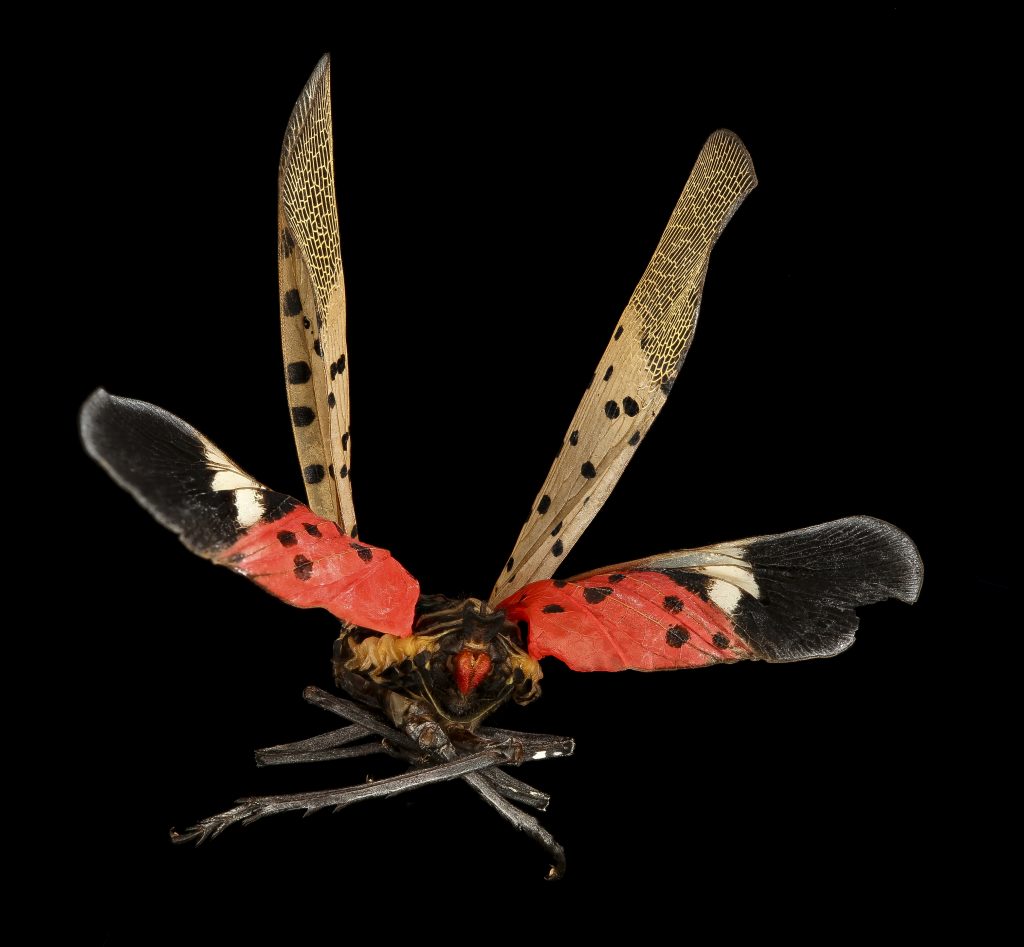 Just now affecting certain areas of the northeast United States, the spotted lanternfly is expected to creep across the country and has been found 15 miles from the Ohio border.

This invasive loves tree of heaven but is also a pest of grapes, hops and hardwoods. After feeding, it leaves behind a honeydew that will mold and ruin beer or wine created from vineyard crops.

The spotted lanternfly moves with human transportation and has been found dead in California, although no live insects have been found past Ohio at this time.

To keep up on some of the latest invasive species, check out Iowa Tree Pests.

Insects are beneficial. For some reason, most people grow up thinking “Ew” whenever they think “Insect.” However, the vast majority of insects are actually beneficial to humans and the environment. Even those that we think of as annoying, such as mosquitoes, can actually be beneficial in some way. Mosquitoes are actually pollinators. A type of END_OF_DOCUMENT_TOKEN_TO_BE_REPLACED

Some insects use a proboscis to drink

In the Build a Pollinator exhibit inside Pollinator Paradise at the Dickinson County Nature Center, one item that you get to put on your pollinator is a proboscis. Many insects have a proboscis, which is a type of mouthpart that is basically a tube to help the insect suck up nectar. You might have seen END_OF_DOCUMENT_TOKEN_TO_BE_REPLACED

Why worms surface after rain

After it rains, people often step outside and think, “It smells like worms.” (The dead worm above looks like an S. Take the kids for a shape walk to see what else you might discover.) The smell is more likely caused by soil bacteria released after heavy downpours, but perhaps we think it smells END_OF_DOCUMENT_TOKEN_TO_BE_REPLACED

Have you ever wanted to experience the world through the eyes of an insect? Imagine the viewpoint looking up through the grass, seeing the expansive world that exists right on the surface of the earth. Well, I can’t offer you that view, but I can help you turn yourself into a bug — at least END_OF_DOCUMENT_TOKEN_TO_BE_REPLACED