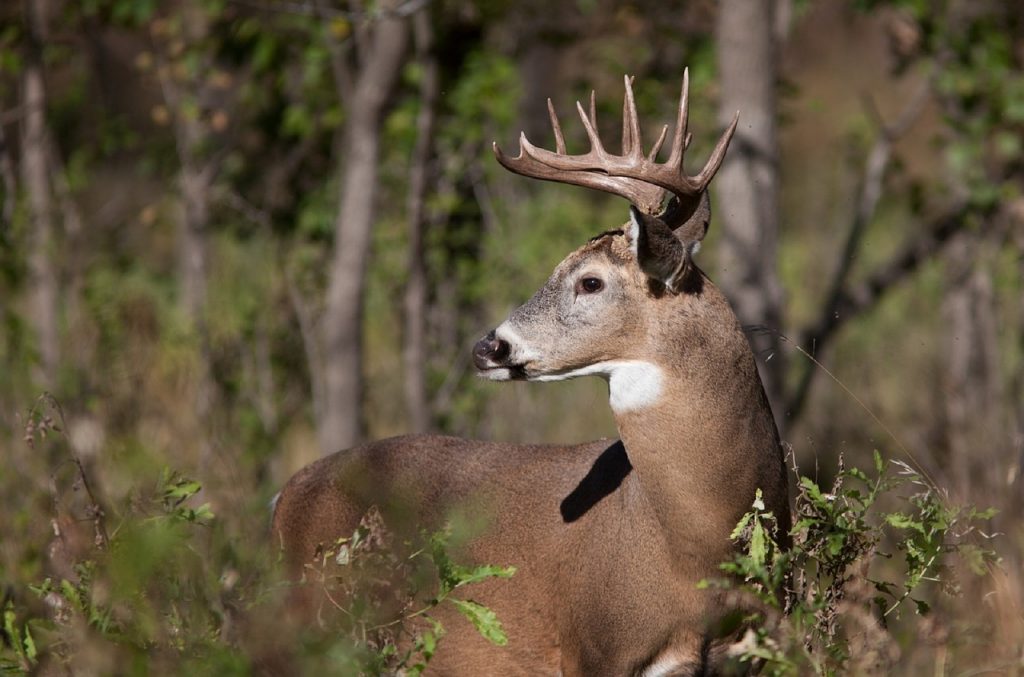 They are a statement, that's for sure.

But how much do we actually know about antlers?

The words antlers and horns are not interchangeable; they are completely different body parts for a variety of reasons.

Plus, horns don't branch out, they are one solid piece on each side of the head. Antlers can grow and branch in a variety of ways. 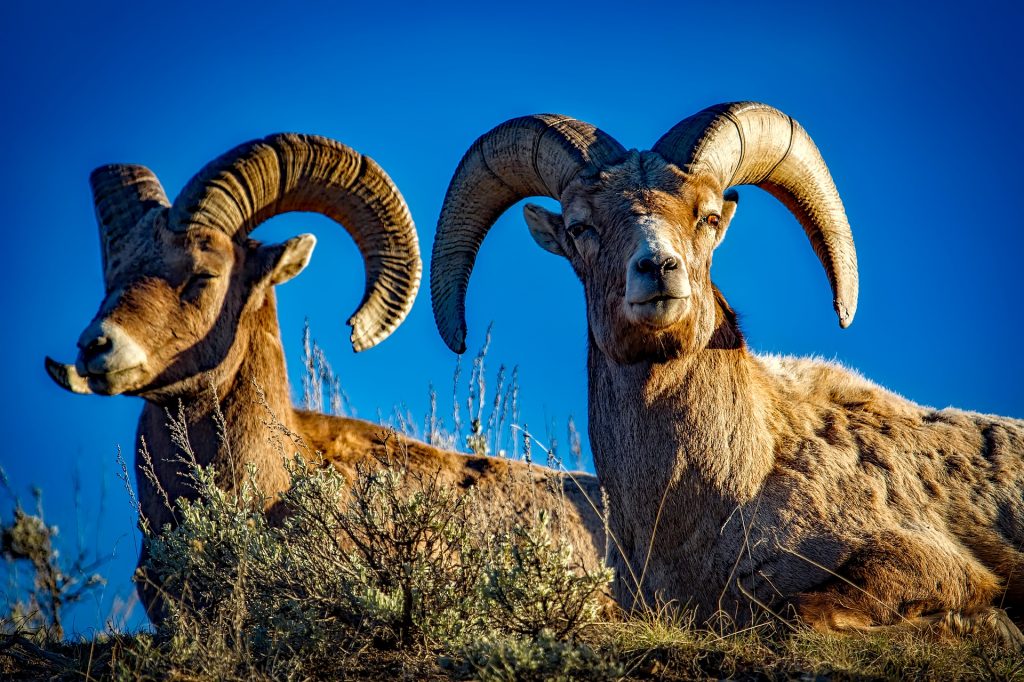 Bighorn sheep have horns, not antlers.

Finally, antlers are only found on males --- unless there is a genetic abnormality. Horns can be found on both males and females.

2. Antler growth is a year-round process.

Antlers are shed in the spring, and the wound that is left behind on the head/skull begins to heal. After that wound scabs, the next year's antlers begin to grow, covered in a velvety material.

Buck with velvet on growing antlers

By summer, the antlers harden and the protective velvet sheds.

In the fall, the antlers are firmly established and are used to fight and establish dominance leading up to and during breeding season.

By winter, the connection between the antler and the skull weakens. Some bucks will lose their antlers at this point, prior to spring.

3. Antlers have a purpose; scientists just aren't sure what it is.

Growing antlers every year uses a lot of energy, which means that a buck has to be healthy in order to do it. To use that much energy, there has to be a reason that antlers are so important.

Ideas of what antlers are used for is defense, dominance, signal of quality to females and as a weapon.

Antlers being used as a defense mechanism sounds right, but deer usually just run away from predators, and females don't have them, so it must not be needed as a defense. Antlers can be used to display dominance to other males, but body size and experience can also convey the same message.

It has definitely been proven that large antlers are a sign of health and quality to females, because a buck has to be healthy to have enough energy to grow antlers. Antler size and the ability to fight disease has also been found to be related, and it seems that females do prefer males with larger antlers.

Scientists have also found that antlers are definitely used as a weapon, for sparring/fighting with other males.

4. Antlers increase in size with age, to a point.

Antlers continue to increase in size as a buck grows, but the maximum is usually five-seven years. If a deer survives beyond that, it is most likely the antler size will begin to decrease.

5. Antler size can be an indication of habitat conditions.

Bucks need lots of energy and nutrients to grow antlers, including protein, calcium, phosphorous and micronutrients. If you look at a group of deer in a certain habitat, the size of their antlers relative to age can indicate how healthy the habitat and how many nutrients the deer are getting from that habitat.

When walking through deep snow, it’s always easier when someone else leads. That person gets tired breaking the trail, but everyone who walks in his or her footsteps has an easier time of it. That is one reason that deer congregate during the winter. When they all use the same network of trails through the END_OF_DOCUMENT_TOKEN_TO_BE_REPLACED

1. Hollow hairs help them stay warm in the winter. Have you ever seen a deer that has snow on its back that doesn’t melt? It makes people shiver to think about walking around covered in snow — isn’t the deer freezing? However, it’s actually that frozen snow that shows just how warm a deer END_OF_DOCUMENT_TOKEN_TO_BE_REPLACED

I was scrolling through Pinterest when a video caught my eye. I don’t usually like watching videos, but it showed a neat craft where you color one picture, fold it like an accordion and depending on how you look at it, it becomes two pictures. “I can make that,” I thought. It took me a END_OF_DOCUMENT_TOKEN_TO_BE_REPLACED

You’ve probably heard of the rut. And if you’re a deer hunter, then you most definitely have. However, there may be some facts about rut that you’re not overly familiar with. 1. Rut is a word for deer breeding season, not just the peak. It actually means all behaviors and activities associated with breeding season END_OF_DOCUMENT_TOKEN_TO_BE_REPLACED

Turkeys are odd-looking creatures. With their bumpy red heads, hanging flaps of skin around their faces and large tails, wild turkeys are quite a sight. The odd parts of their bodies also have interesting names and purposes. Let’s look at some of the body parts that make a turkey unique. What’s a snood? The snood END_OF_DOCUMENT_TOKEN_TO_BE_REPLACED