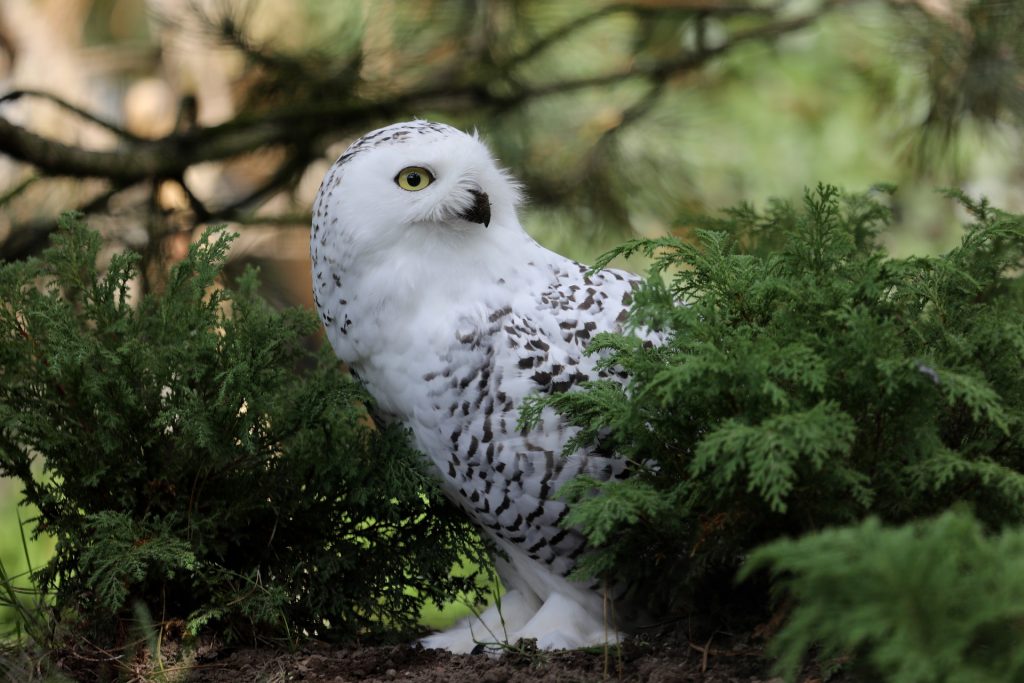 Snowy owls are not constant winter guests in Iowa.

Their behavior is known as irruptive, which means they might appear in some winters and not in others. That means that when a snowy owl is spotted, it's a big deal.

Let's check out some reasons why snowy owls are such a neat bird.

We think of snowy owls as white birds, which they are. However, they aren't completely white. Males have dark brown stripes when young and get whiter as they get older. Females keep dark markings throughout their lives. The whitest birds are always male, and the darkest snowy owls are always female. In the middle ground, there is some overlap of male and female. 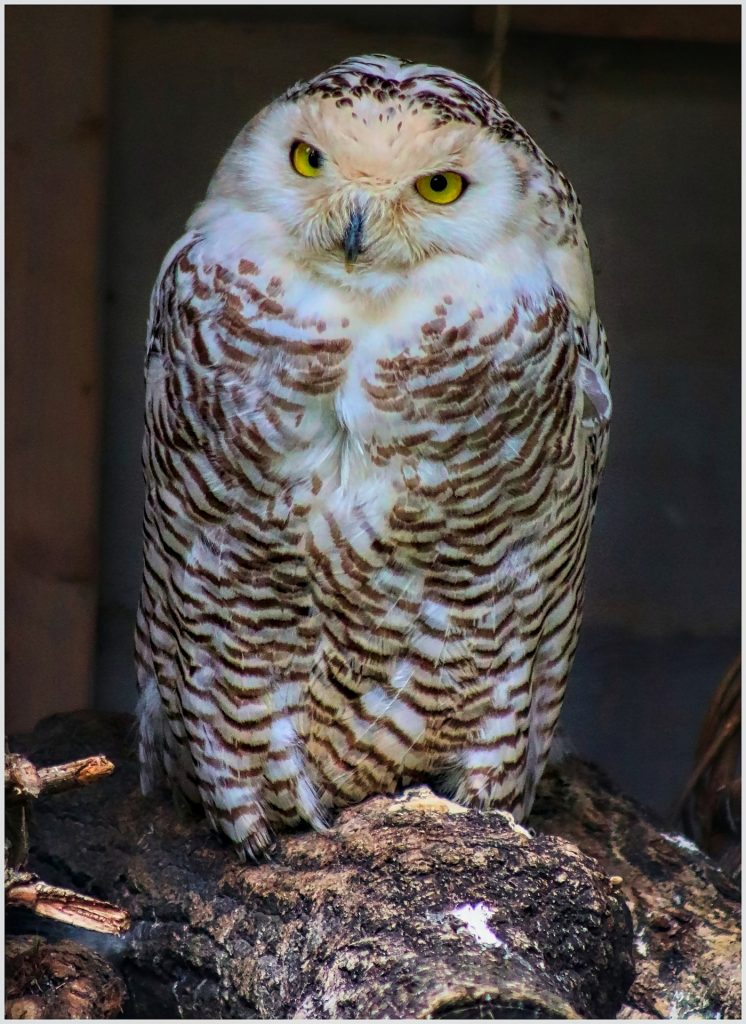 Unlike osprey, which usually return to a breeding ground about 50 miles from the place of fledging, snowy owls often branch out far from the place they hatch. One study found that young from a single nest in the Canadian Arctic spread out to Hudson Bay, southeastern Ontario and eastern Russia. 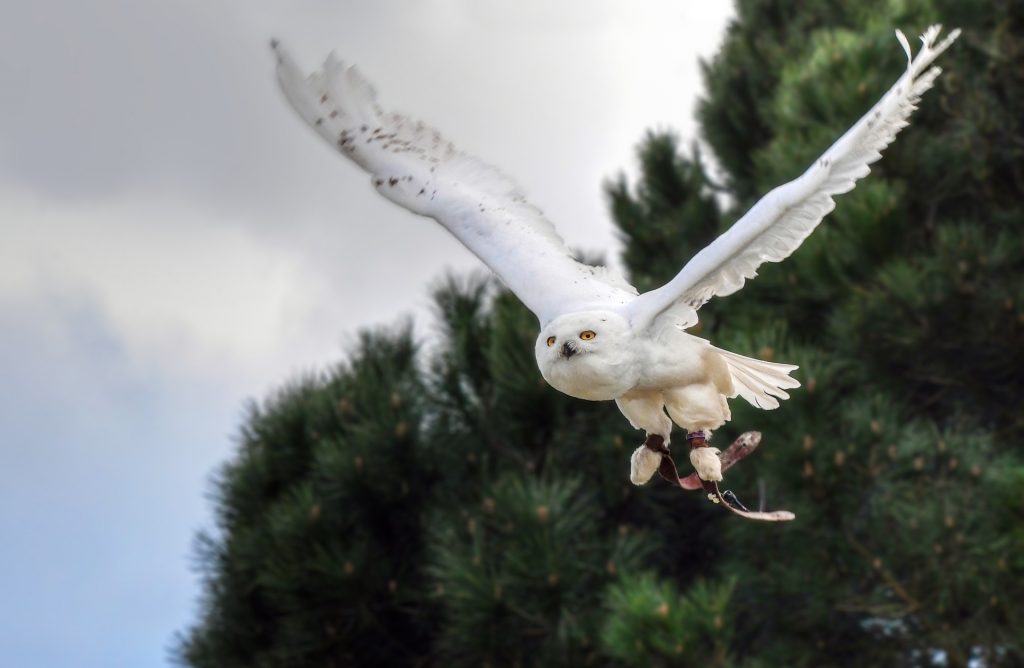 Snowy owls are used to their wide-open breeding grounds in the Arctic, and they tend to stick to those same types of areas in their wintering grounds as well. In Iowa, you might spot them around airports or agricultural fields where they sit on the ground or perch on short structures like fence posts to hunt. One might sit in the same spot for hours, usually their bionic vision and hearing to wait for prey.

Even without the tufts of the great horned owl, barred owls (Strix varia) still have that classic owl shape and are easily diagnosed as owls from far away. Their haunting black eyes make them a beautiful addition to the owls of Iowa series. Who cooks for you? The barred owl has one of the most END_OF_DOCUMENT_TOKEN_TO_BE_REPLACED

We’ve talked about the large great horned owl, tiny northern saw-whet owl and adorable eastern screech owl, so this week we moved on to the state endangered barn owl. Barn owls are not federally endangered but their populations are low in Iowa. That could be because of habitat loss and prey loss because of END_OF_DOCUMENT_TOKEN_TO_BE_REPLACED

They are called the eastern screech owl (Megascops asio), but that doesn’t mean all you’ll hear from them is screeches. Typically, these small owls only screech when they are defending their nest or fledglings. Otherwise, you will hear a variety of calls, including trills, whinnies, hoots and barks. They even make a clacking sound by END_OF_DOCUMENT_TOKEN_TO_BE_REPLACED

Great-horned owls may be the most well-known and most common owl in Iowa, but I don’t think there’s any disputing that the northern saw-whet owl is the cutest. Only slightly heavier than a hairy woodpecker and about the size of a robin, the saw-whet owl (Aegolius acadicus) is tiny and adorable. Saw-what owls hide easily. END_OF_DOCUMENT_TOKEN_TO_BE_REPLACED

When I started working for the Dickinson County Conservation Board five years ago, I didn’t know much about identifying birds. I could pick out a cardinal, a robin, a goldfinch and a bald eagle. I remember when I was watching the birds in the avian courtyard with a volunteer, and he pointed out a streaky END_OF_DOCUMENT_TOKEN_TO_BE_REPLACED

Although purple finches have a non-breeding range throughout the eastern half of the U.S., they may be more of an irregular visitor to your feeder. Part of that could be due to competition with its look-alike, the house finch. (Learn how to tell them apart here) The house finch is native to the western U.S. END_OF_DOCUMENT_TOKEN_TO_BE_REPLACED

The American tree sparrow’s name is really misleading. European settlers named it the American tree sparrow because the chubby bird with a rust-colored cap and eyeline reminded them of the Eurasian tree sparrow, but Spizelloides arborea isn’t just American. It does spend its nonbreeding winter seasons in the U.S. and southern Canada, but it head END_OF_DOCUMENT_TOKEN_TO_BE_REPLACED

Snowbirds are people that flee Iowa for warmer weather farther south. By farther south, we usually mean Florida, Texas or Arizona. However, for some residents of the far north, like dark-eyed juncos, Iowa is the warm haven to which they flock. As winter sets in, these pretty little sparrows migrate from their breeding grounds in END_OF_DOCUMENT_TOKEN_TO_BE_REPLACED

We have many wonderful volunteers at the Dickinson County Nature Center, and one of regular front desk helpers loves to bring in articles with interesting animal facts. The last article she brought in from “Smithsonian” magazine told that the highest bird flight ever recorded was by the Ruppell’s griffon, a vulture native to Africa. It’s END_OF_DOCUMENT_TOKEN_TO_BE_REPLACED