Many people ask if the hedgehog animal ambassador at the Dickinson County Nature Center is related to a porcupine.

However, hedgehogs and porcupines aren't actually related at all. There are 17 different species of hedgehogs, and their closest relations are actually shrews and moles. There are more than two dozen species of porcupines in the world, and they are a part of the rodent family.

Here are some other differences between these creatures that seem more alike than they really are:

Hedgehogs have short quills, sometimes called spines, that about 1 inch long. Hedgehogs do not lose their quills, except for quilling as a baby (read about that here) and a few here and there throughout their lives like humans lose hair. 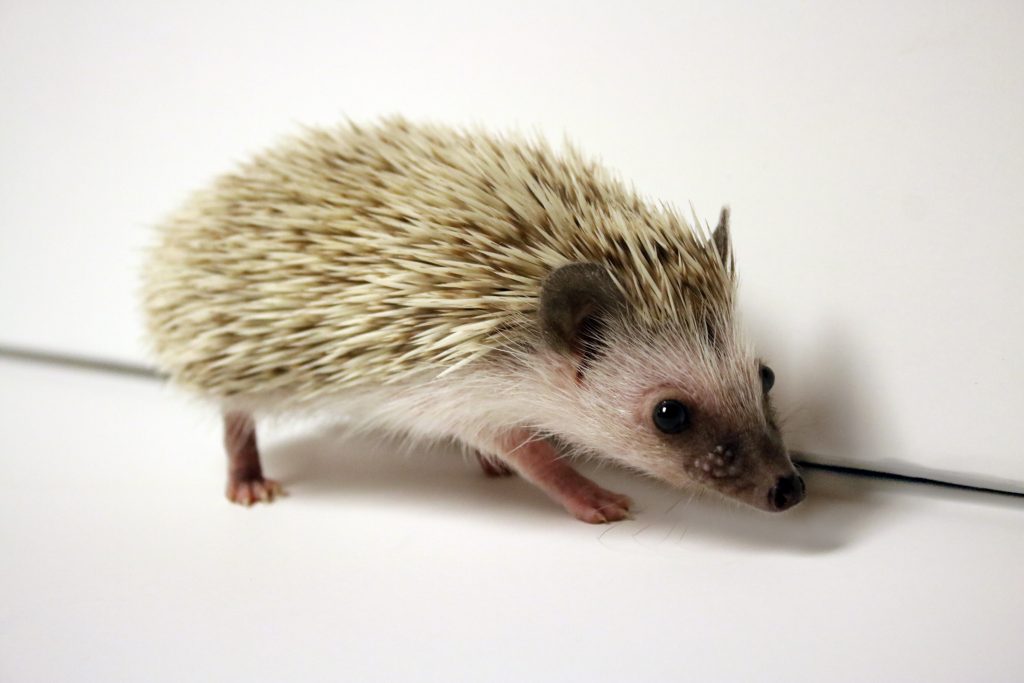 Porcupines have longer quills than hedgehogs. Some species have 2-3 inch quills while an African species has quills almost a foot long. Porcupine quills easily fall off. 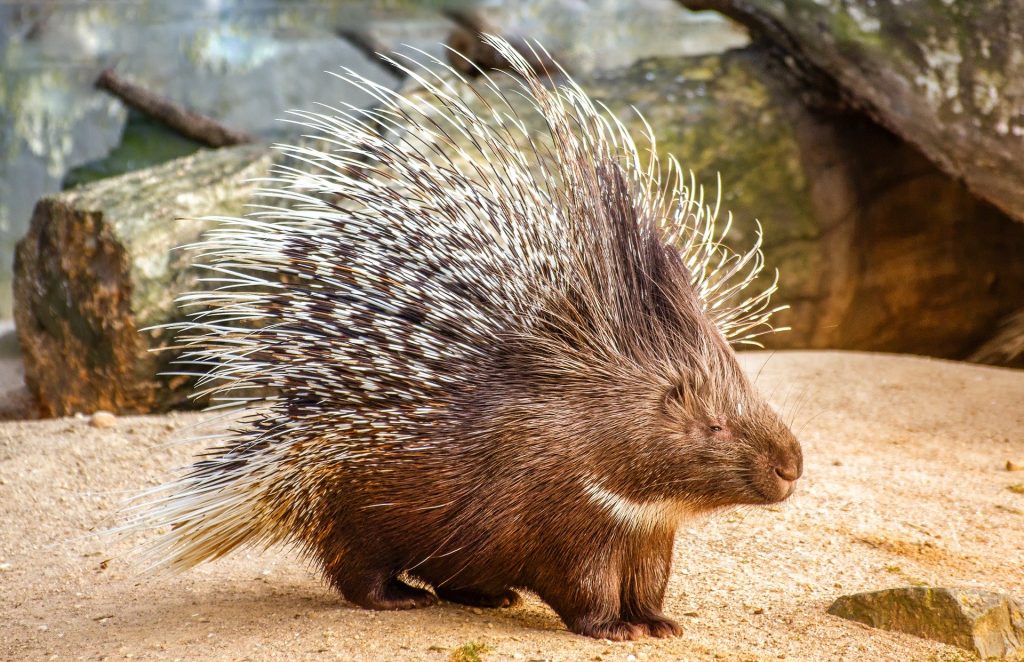 Perhaps the most noticed difference between hedgehogs and porcupines is how they use their quills to defend themselves.

Hedgehogs will roll into a ball and erect their spines so that no part of their soft body is showing. That way, predators don't have anything to bite and are deterred by the spiky creatures. 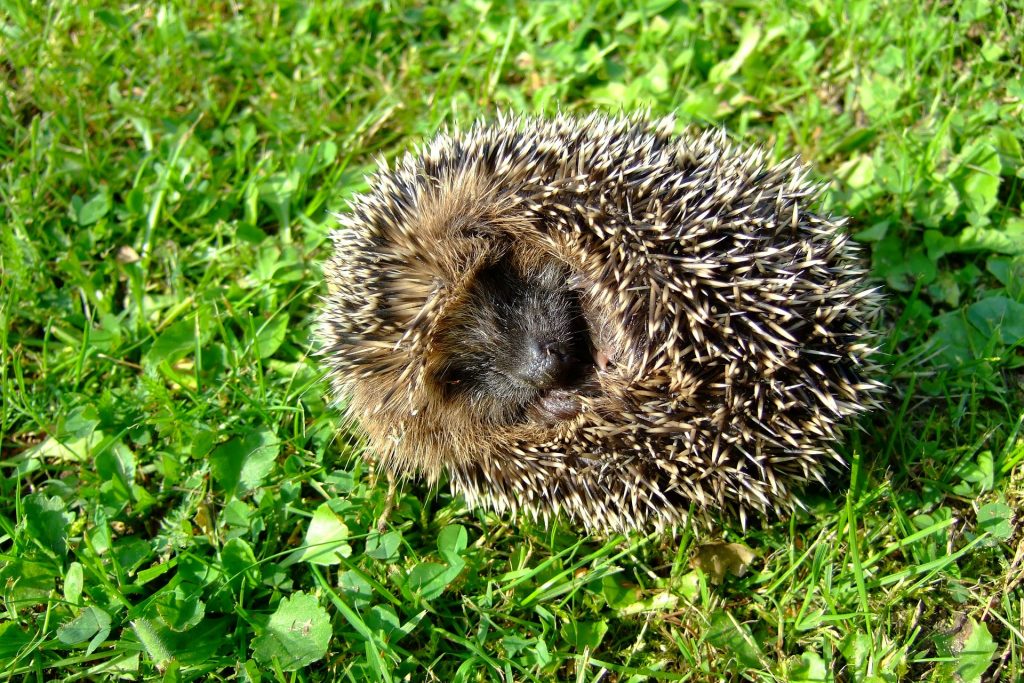 Hedgehog rolled in a ball

A porcupine will arch its back and stick up its quills, waving its tail around to hit a predator so its quills will stick into the attacker. A porcupine's quills are barbed so that they stick in a predator and are difficult to remove.

Hedgehogs are insectivores, which means their main diet consists of insects. They may also eat other invertebrates or even mice, frogs and small snakes.

Porcupines are herbivores, living off of fruit, leaves, grass, buds, bark and stems.

Hedgehogs are quite small compared to porcupines.

Hedgehog sizes vary dependent on the species, but range from 4-12 inches, with a tiny tail that doesn't grow more than 2 inches long.

Babies lose baby teeth, and so do baby animals — including baby hedgehogs, like the nature center’s animal ambassador Luna. However, hedgehogs also lose something else as they grow — their quills! Baby hedgehogs are born with spines, but at that time their skin is swollen and covers their spines so that they do not END_OF_DOCUMENT_TOKEN_TO_BE_REPLACED

Although creatures in the weasel family are often just called weasels, they are actually split up into a variety of species. You might be seeing an ermine, otherwise known as a stoat or short-tailed weasel, (Mustela erminea), the least weasel (Mustela nivalis) or a mink (Mustela vison). If you see one, though, how do you END_OF_DOCUMENT_TOKEN_TO_BE_REPLACED

I still remember the first time I heard a coyote pack howl as dusk began to settle on the Iowa Great Lakes area. On a walk at Kettleson Hogsback, the sun started to set above the calm shallow lakes, and a high-pitched howl began in the distance. Another answered it. And another. And another. My END_OF_DOCUMENT_TOKEN_TO_BE_REPLACED

Pretty much every time that we pick up the hedgehog animal ambassador, she rolls into a ball. Her pointy spines stand erect, and you can’t see any other part of her. (See a video of Honey the hedgehog here.) The reason that hedgehogs do this is the same reason that turtles will pull their appendages END_OF_DOCUMENT_TOKEN_TO_BE_REPLACED

When people see the large nest inside the Dickinson County Nature Center and the big raptors on the outdoor nest during the summer, they often think they are bald eagles. Many people don’t realize that after being extirpated in Iowa, osprey populations have started to make a comeback in the 2000s. Each summer, osprey come END_OF_DOCUMENT_TOKEN_TO_BE_REPLACED