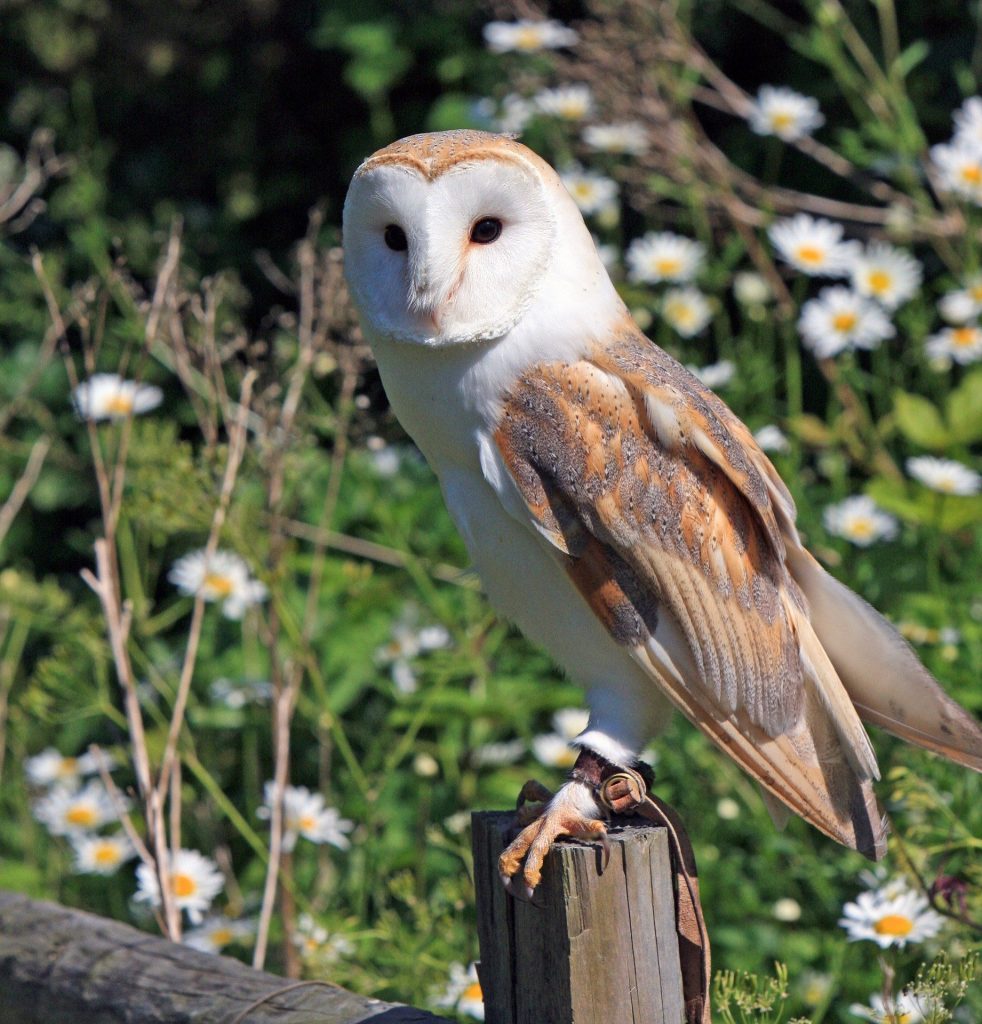 We've talked about the large great horned owl, tiny northern saw-whet owl and adorable eastern screech owl, so this week we moved on to the state endangered barn owl.

They are an incredible creature and are easy to tell apart from other owl species because of their heart-shaped white face. 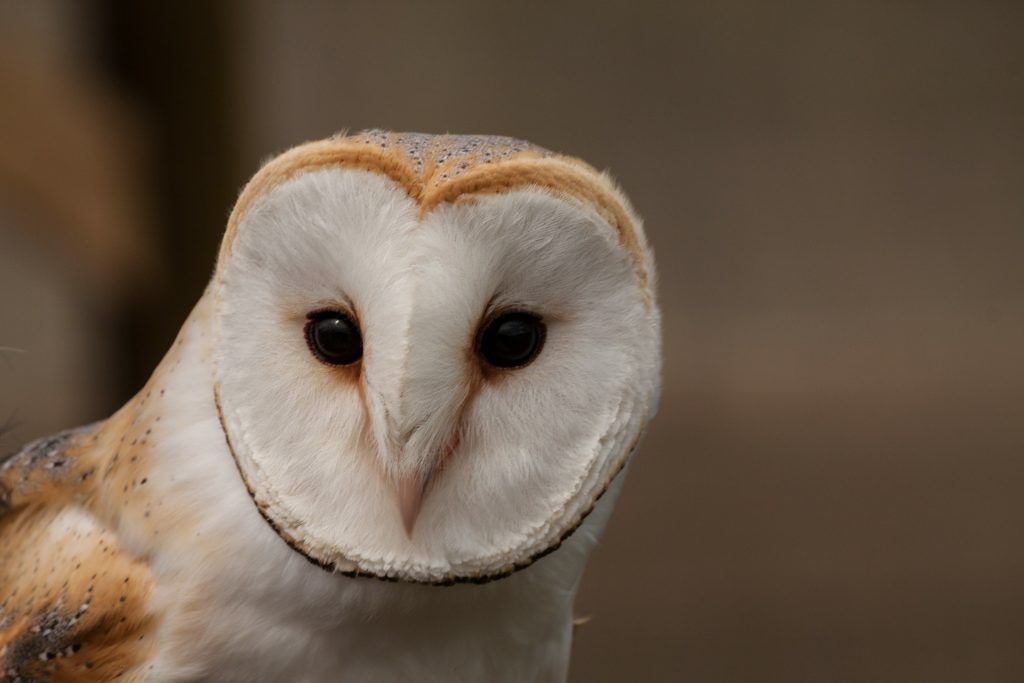 Barn owls do actually like barns as well as other abandoned buildings, rock cavities and densely treed areas, and they will search for prey at night by flying low back and forth over open habitat, listening for rodents to make sounds. They actually eat their prey whole, later regurgitating bones and other indigestible body parts in what is known as owl pellets --- basically owl vomit. It makes it easy to see what a barn owl has eaten.

Female barn owls actually use their own pellets to make nests, shredding them and rearranging the pieces into a cup-shape for up to 18 eggs in a clutch. Barn owls may roost in the nest year-round, instead of simply using it to rear young. They are usually monogamous, staying with one mate for life.

Barn owls live around the world, and up to 46 different races have been described with the largest in North America weighing twice as much as the smallest in the Galapagos Islands.

Since they are pretty strictly nocturnal and have low populations in Iowa, you might not have seen one before. You may never have heard one either, although many people wouldn't know it if they do. That's because barn owls don't have any kind of hooting call of a typical owl. Instead, the have a harsh scream that lasts about two seconds and a long hiss that is made when an intruder is getting too close. They also make sounds with their bills and wings to communicate. 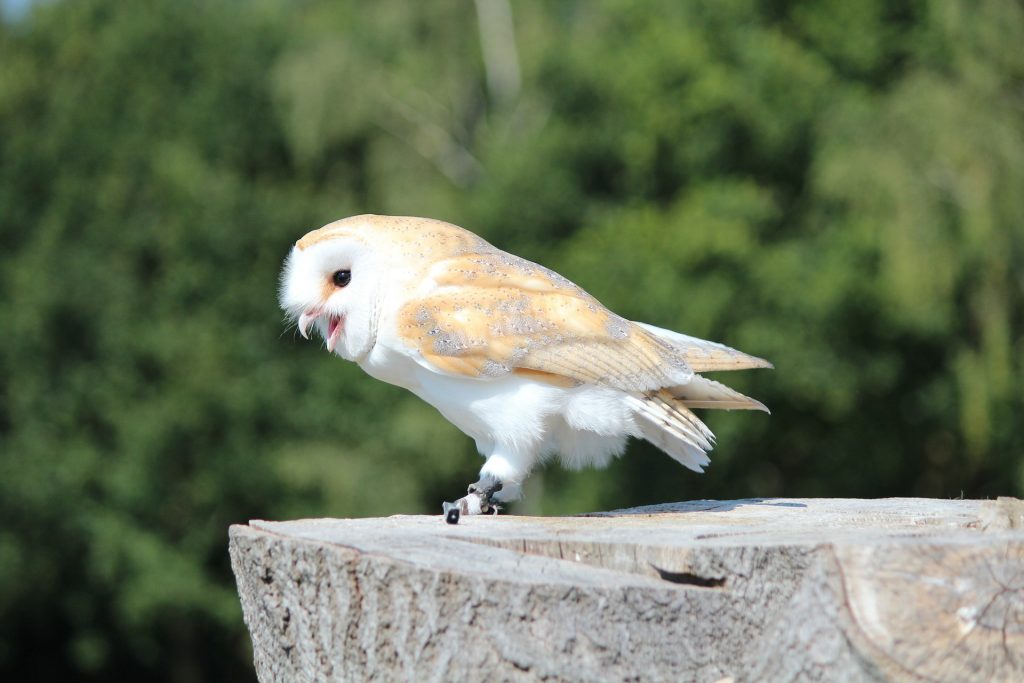 They are called the eastern screech owl (Megascops asio), but that doesn’t mean all you’ll hear from them is screeches. Typically, these small owls only screech when they are defending their nest or fledglings. Otherwise, you will hear a variety of calls, including trills, whinnies, hoots and barks. They even make a clacking sound by END_OF_DOCUMENT_TOKEN_TO_BE_REPLACED

Great-horned owls may be the most well-known and most common owl in Iowa, but I don’t think there’s any disputing that the northern saw-whet owl is the cutest. Only slightly heavier than a hairy woodpecker and about the size of a robin, the saw-whet owl (Aegolius acadicus) is tiny and adorable. Saw-what owls hide easily. END_OF_DOCUMENT_TOKEN_TO_BE_REPLACED

In the spring and fall, the vast majority of birds take to the air. In the spring, they head north to their breeding grounds, and in the fall, they head south to overwintering areas that are warmer and have ample food supplies. Migration can be a long and hard journey, and the bigger the bird, END_OF_DOCUMENT_TOKEN_TO_BE_REPLACED

You may have noticed that as the seasons change, birds begin to look different. What was a bright eastern goldfinch in the spring becomes a duller hue in the winter. A duck that had vibrant breeding feathers earlier in the year now looks a little drab. That is because birds molt. Their feathers wear out END_OF_DOCUMENT_TOKEN_TO_BE_REPLACED

Two volunteers were weeding an area and found a small chipping sparrow nest in a low bush. In the nest were three of the sparrow’s bright blue, speckled eggs and another egg that didn’t match. This fourth egg was larger, white and speckled with brown. If you find a similar scenario, you’re looking at a END_OF_DOCUMENT_TOKEN_TO_BE_REPLACED

Pine siskins, purple finches, dark-eyed juncos, American tree sparrows — these Iowa winter birds are really only just a few of the birds that make winter a bit more fun in this cold state. 1. Red-breasted nuthatch Red-breasted nuthatches live year-round in many parts of the western United States and Canada, but they spent winter, END_OF_DOCUMENT_TOKEN_TO_BE_REPLACED