Learning about nature and animals is so interesting, because humans seem to have a desire to divide things into categories, and for those categories to be neat and clear.

Then, we want to know whether an animal is nocturnal — active during the night, or diurnal — active during the day. Some animals fit neatly into these categories (read about nocturnal animals here and diurnal animals here), but some don’t. There are crepuscular animals, that are most active at dawn and dusk (read about them here), and then there are animals that buck all the trends.

Animals that don’t have any real pattern of waking and sleeping are called cathemeral.

These animals could be awake at night or awake during the day, and they don’t have any adjustment needed between these times. Their pattern is not a pattern at all, it is completely irregular.

There doesn’t seem to be a hard-and-fast reason as to why animals are cathemeral either. It may be that at different times of the year, access to food is easier either in daylight or at night, so they switch up their hours to make it easiest to find food. It may be because of temperature changes that being awake at a certain time of day is most efficient. It could also be that an animal’s schedule changes to avoid predators in different seasons.

Lions are considered cathemeral, because they can sleep during day or night and are active when they need to find food or water, whenever that may be.

Other animals considered cathemeral could be bobcats, mountain lions, frogs and even coyotes can fit into this category. 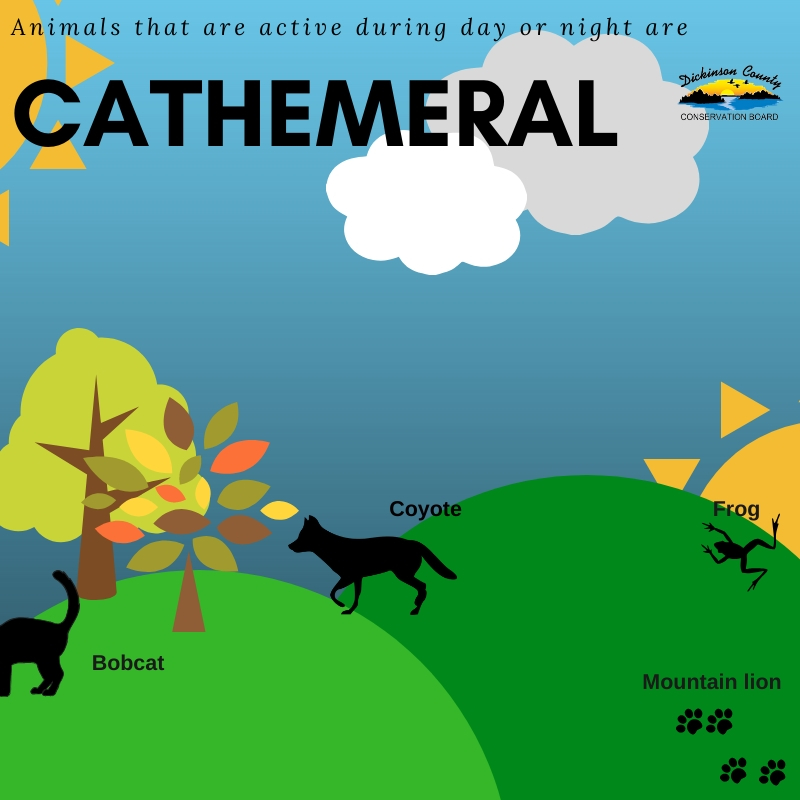