Kids learn pretty early that animals that are awake at night are nocturnal.

The word for the rest of us that are awake during the day, though, doesn’t seem quite as well known. Humans and many animals are what is called diurnal. 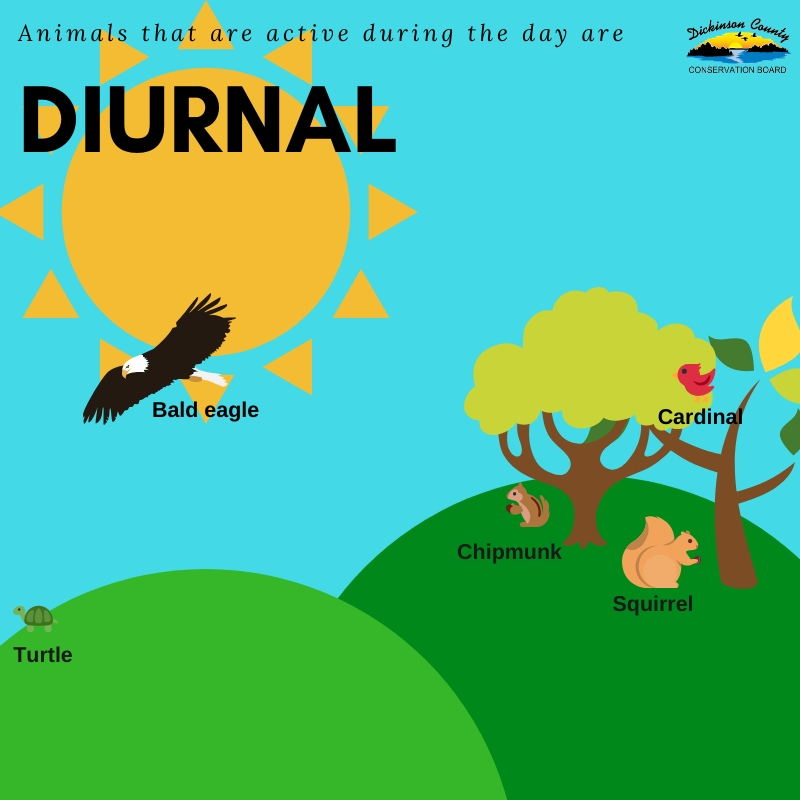 Diurnal creatures wake and sleep with the rising and the setting of the sun. In Iowa, those animals include squirrels, chipmunks and ground squirrels, raptors such as bald eagles, hawks and osprey, turtles and most species of songbirds and waterfowl. Those animals only active at dawn and dusk are called crepuscular.

When an animal is awake has to do with a lot of factors: Temperature, humidity, levels of light, prey and predators, and more.

For instance, a turtle may be diurnal because it is cold-blooded. It acclimates to the temperature around it, but to warm itself, it needs to bask in the sun. That means that it has to be awake and active during the day.

Bald eagles and hawks are awake during the day, because that is when their prey is active. Squirrels, chipmunks, ground squirrels are active, so their predators are active.

Animals without night vision must be awake during the day so they can see to eat and find a home.

When an animal is awake and active is innate, but it is also incredibly important for how it lives and functions.

Posted in Kids, mobile and tagged animals active during daylight, animals that are awake during the day, diurnal, diurnal animals, iowa diurnal animals