In the monarch enclosure and in the wild, we have come across monarch butterflies that hatch with crumpled wings.

That is a sign that the butterfly is infected with ophyrocystis elektroscirrha, or OE. As if these butterflies didn't have enough to deal with --- like excessive pesticide use, their lack of habitat and native food sources, including their host plant milkweed --- OE is a debilitating parasite that was first found to infect monarch populations in the 1960s.

If an infected monarch lays an egg, it will distribute OE spores on that egg and the surrounding milkweed. Then when the caterpillar hatches and eats its eggshell and the surrounding milkweed, it ingests spores that begin to replicate when the caterpillar goes into chrysalis. That butterfly will emerge from chrysalis covered in spores that will then continue the cycle.

Monarchs affected by OE may not be able to emerge from chrysalis or may emerge with damaged wings, so they will not survive. Even if they do emerge, these monarchs tend to be smaller and weaker so they may have a shorter lifespan, or if they are the generation that migrates to overwinter in Mexico they will most likely not have the endurance to be able to make it the entire distance and will die along the way. 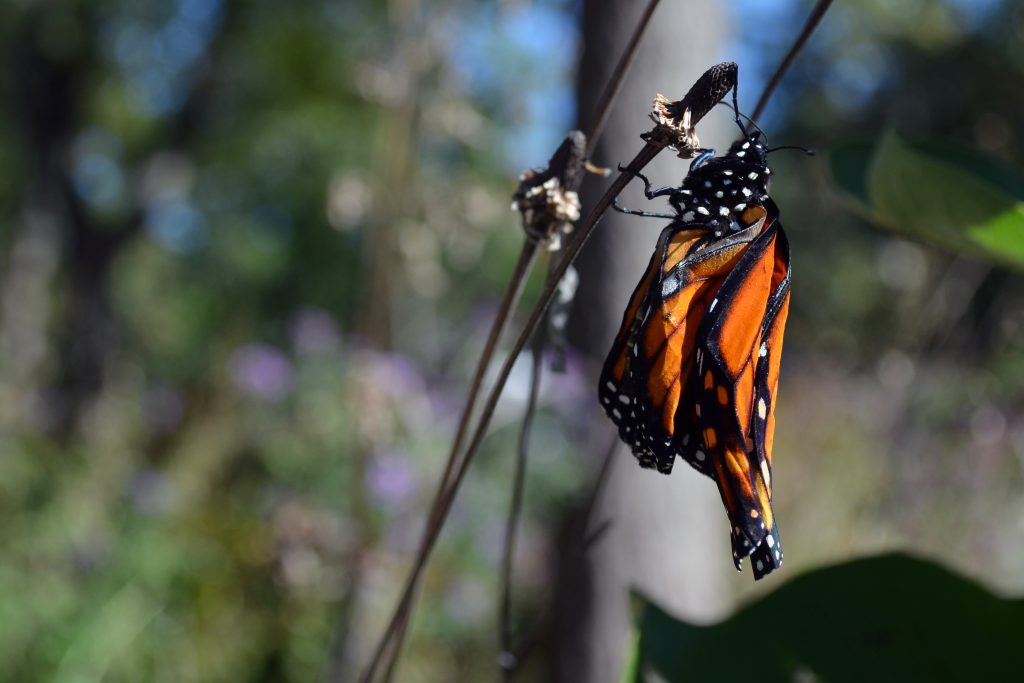 OE affects not only monarch butterflies but also queen and lesser wanderer butterflies.

The main, eastern population of monarch butterflies in North America have the lowest level of infection of OE, at about 8 percent. The western migratory population that overwinters in California has an infection rate of about 30 percent, and the non-migratory southern Florida population is heavily infected, at about 70 percent.

If you rear monarch caterpillars, the University of Kansas Monarch Watch program has guidelines of what to look for and how to help keep OE from contaminating your populations. Click here to access its page.

It seems a little premature since there is snow on the ground and more in the forecast, but it’s the time of year that I start to think about planting my garden. One thing I’m really excited to plant in our landscaping are some native pollinator plants. When we moved to our house, it had END_OF_DOCUMENT_TOKEN_TO_BE_REPLACED

Those wonderful orange-and-black butterflies that we love so much. They fly overhead this time of year, and we know they are headed to their overwintering sites outside of Mexico City. But how do they get there? Plenty of studies have been done throughout the years to try to figure out how a brain the size END_OF_DOCUMENT_TOKEN_TO_BE_REPLACED