Four different toads live in Iowa --- Great Plains toad, American toad, Fowler's toad and Woodhouse's toad --- and they can be difficult to tell apart. Here are a few key ways to tell what kind of toad you have seen:

Many toad species vary in color from green to brown to gray to rust-colored.

The Great Plains toad has a white belly that may occasionally have some spots but is often blank. The blotches on this toads have a contrasting white border. 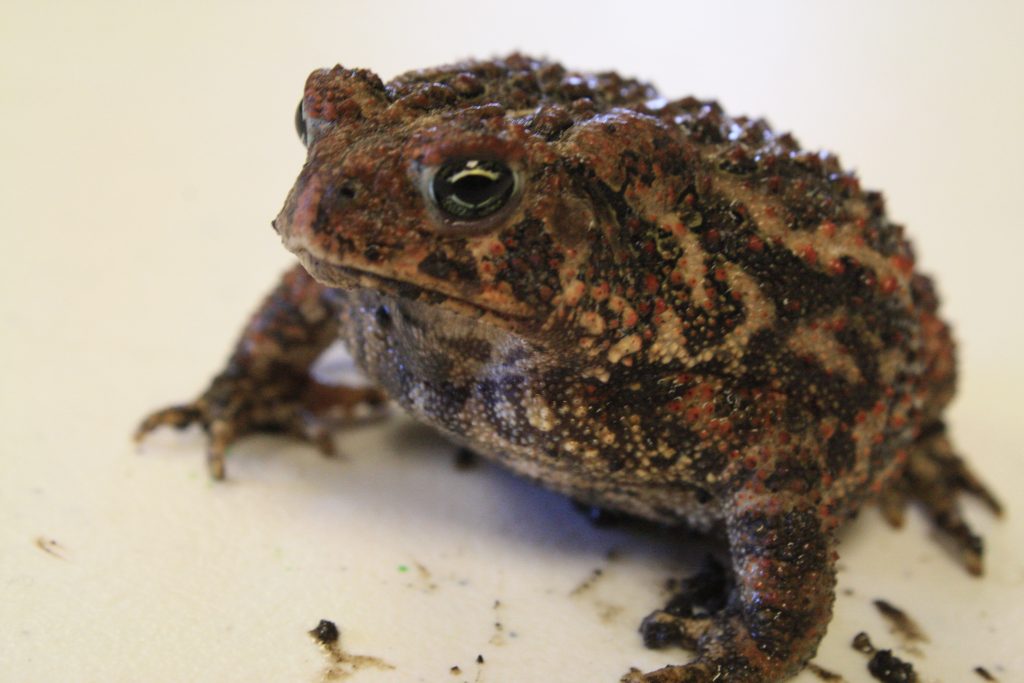 American toads have a pale belly with fine black spots, and they have black spots on their back that are edged by white or yellow. 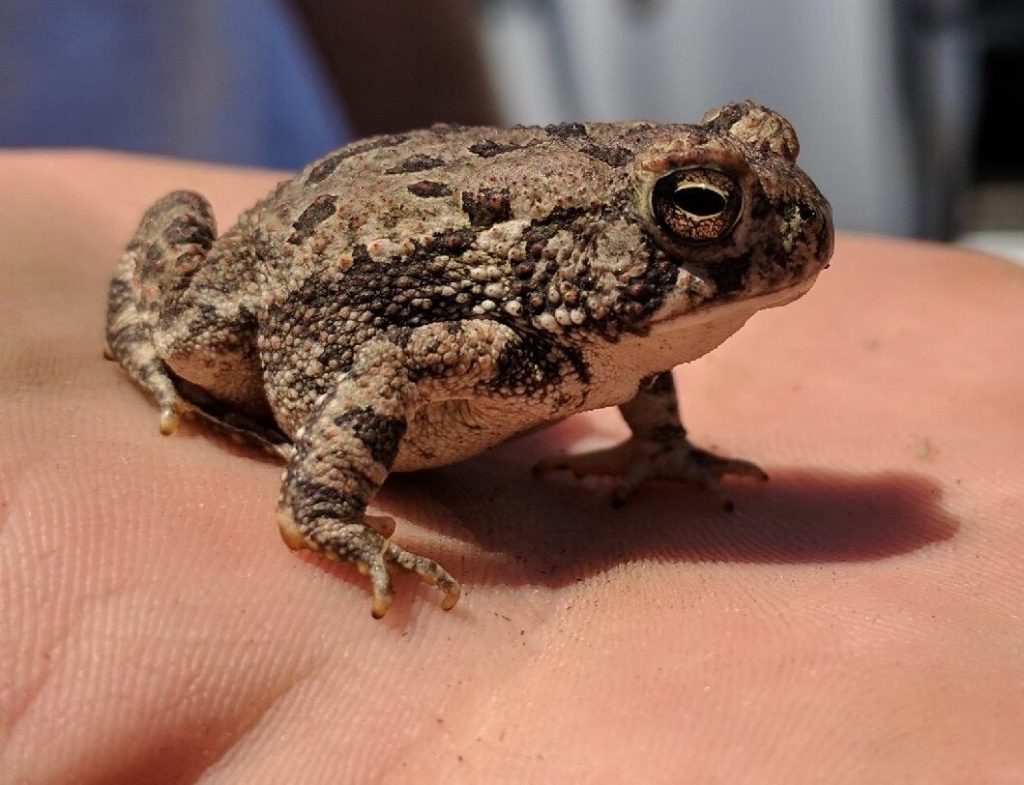 Fowler's toads have a white belly with a single black spot on the chest and a light stripe that runs down the middle of the back. 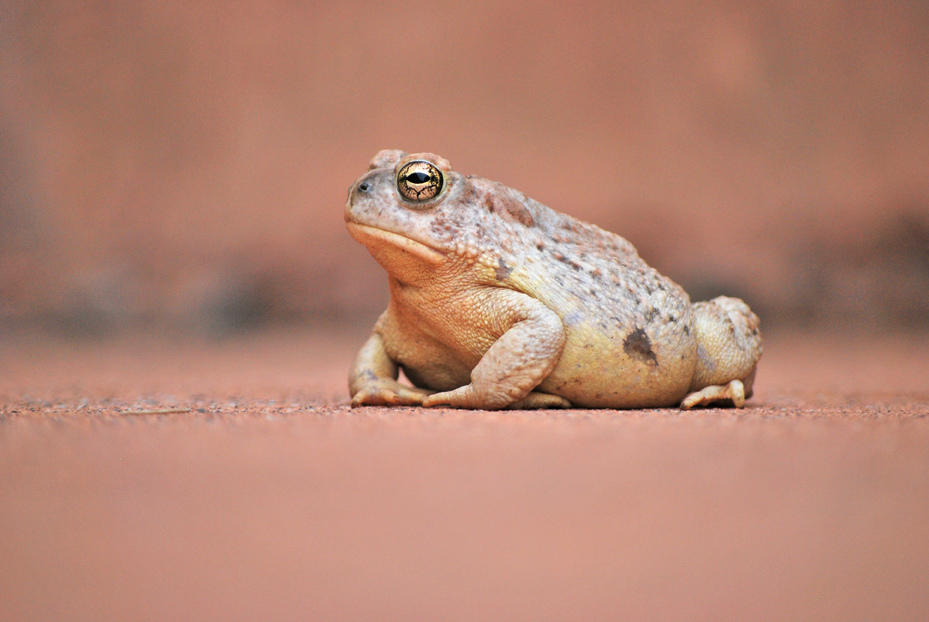 A Woodhouse's toad is typically lighter in color and has a white stripe running down its back.

Toads have warts that secrete a fluid that makes a toad distasteful to predators. It can even make them sick.

Toads have glands on their head called parotoid glands, and they also have cranial crests --- ridges behind their eyes. These can be differentiators between species. 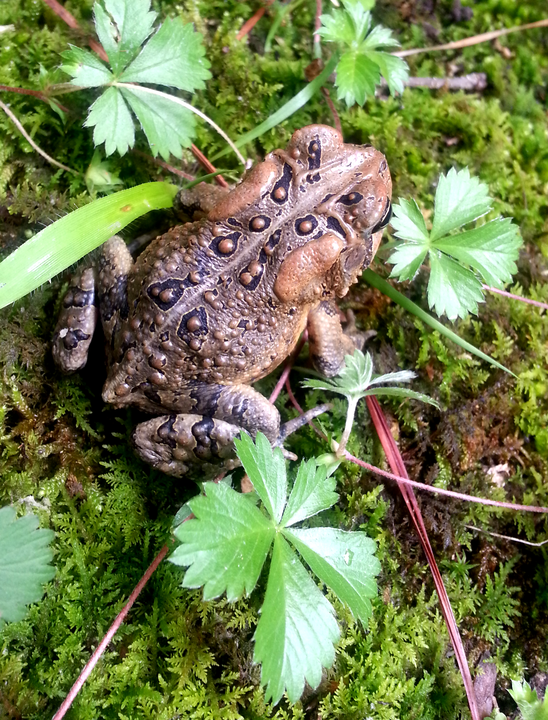 Great Plains toads have two parotoid glands that touch the ends of the cranial crests. Their cranial crests meet in front of the eyes to form a point.

The Great Plains toad and Woodhouse's toad can be found most along the western edge of Iowa. The Fowler's toad has a small distribution in southeast Iowa, and the American toad is common throughout the state.

A gentleman called last week because he had heard a sound like someone running a finger along the teeth of a comb in his basement. He had found and captured a small frog and wanted to bring it to us for the winter. Frogs usually hibernate for the winter (read about that here), but this END_OF_DOCUMENT_TOKEN_TO_BE_REPLACED

Since we talked today about five facts that will make you love toads (read the blog post here), we decided to make a toad-themed craft. If you look up toad crafts, there are not a lot out there! Like we mentioned in the blog post, toads tend to get overlooked in favor of their more END_OF_DOCUMENT_TOKEN_TO_BE_REPLACED

Because frogs are brightly colored, they tend to be looked on with more awe than toads. However, American toads have some pretty neat attributes when you get to know them. They taste bad. American toads are covered in red and yellow wart-looking spots that actually contain glands that secrete poison. Don’t worry, it won’t hurt END_OF_DOCUMENT_TOKEN_TO_BE_REPLACED