You see a black-and-orange butterfly flitting around, but it looks too small to be a monarch butterfly.

This butterfly has very similar markings, except for the black line across its hindwing.

What could it be? 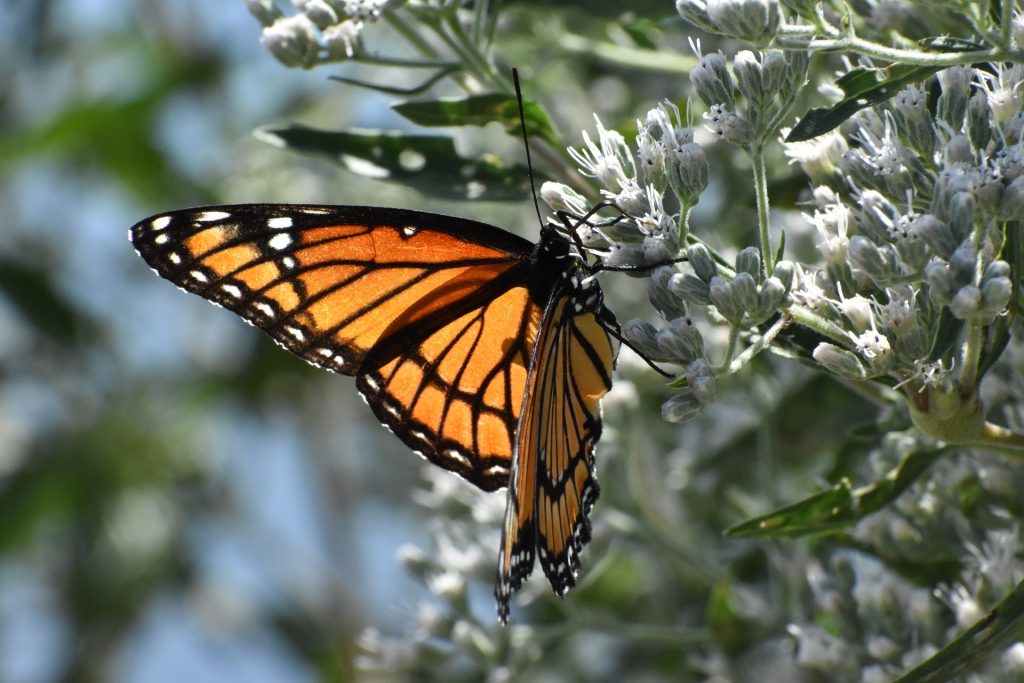 Most adult butterflies feed on nectar, and the viceroy does too. However, viceroys also eat dung, carrion and fungus.

Viceroy caterpillars are white and black and eat the leaves of willow and poplar trees.

3. Multiple generations live in one season.

Like many insect creatures, there are multiple viceroy generations each summer.

The butterflies mate in the afternoon, and females lay their eggs on the tips of poplar and willow leaves. There are usually two-three generations of viceroys that hatch each breeding season.

Since viceroy butterflies lay their eggs on poplar and willow tree leaves, they are usually found in areas that support those kinds of trees --- meadows, marshes and wetlands.

Unlike their lookalike, the monarch, viceroy butterflies do not migrate. Instead, caterpillars in the first or second instar --- or stage --- will hibernate, rolled up in a willow or poplar leaf.

Because of this, you won't usually see a viceroy butterfly until about 15 days after willow or poplar leaves emerge each year.

You can tell a monarch in flight from a viceroy, because monarch butterflies tend to float whereas viceroys will flap, flap, glide. The viceroy flight is faster and more erratic.

We’ve noticed a lot of red admirals lately. They might not be as big or as flashy as monarchs, but these little orangish-red and black butterflies are really neat. Here are 10 things that make red admiral butterflies (Vanessa atalanta) unique: 1. They like stinging nettle. We’ve all reached down to pull a weed and END_OF_DOCUMENT_TOKEN_TO_BE_REPLACED

You’ve learned that pollinator populations are dwindling and that you can help by planting native species in your garden to provide habitat and food sources. But what do you plant? It can be overwhelming to look at all the options of native flowers that you can put in your garden. It’s even a lot for END_OF_DOCUMENT_TOKEN_TO_BE_REPLACED

Those wonderful orange-and-black butterflies that we love so much. They fly overhead this time of year, and we know they are headed to their overwintering sites outside of Mexico City. But how do they get there? Plenty of studies have been done throughout the years to try to figure out how a brain the size END_OF_DOCUMENT_TOKEN_TO_BE_REPLACED