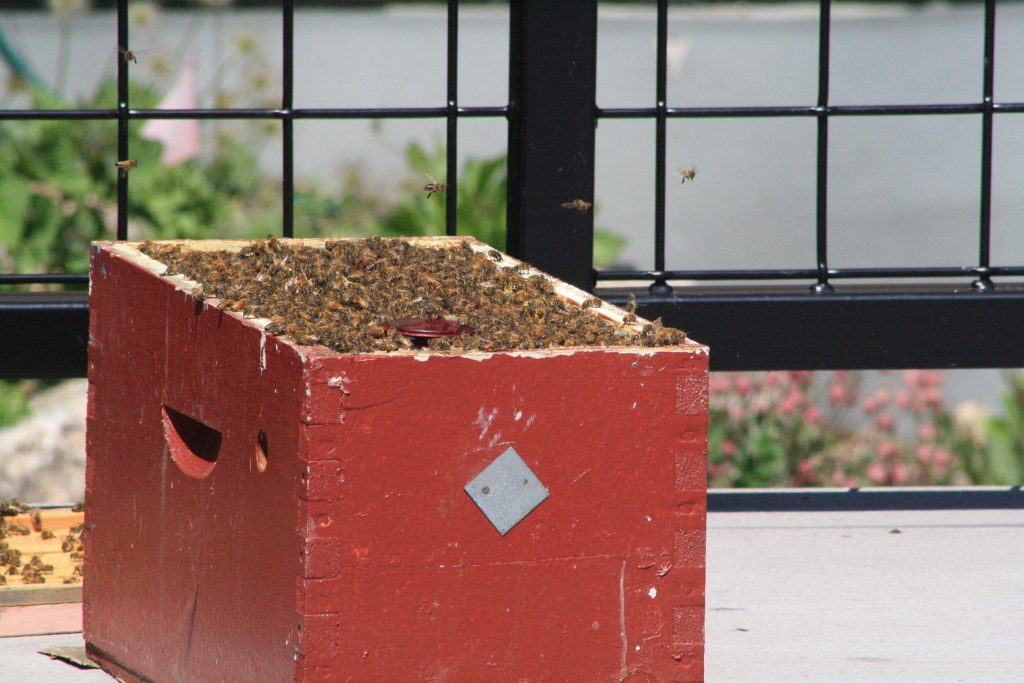 "It looked like two bees were dead and other bees were picking them up and dragging them away. Do they do that?"

When you watch a honeybee hive, you'll see the honeybees doing what might seem like odd activities. I mean, why would they be dragging around a dead bee?

There's a perfectly rational explanation though. These were undertaker bees, just one of the many jobs that a worker bee goes through in her lifetime. When I say her, it's because all worker bees are female.

A worker bee and queen bee start off as the same fertilized egg. In the first few days of development, they are both fed royal jelly, which a protein-rich excretion secreted from nurse bee glands.

Any cells chosen to become queen bees are then filled with royal jelly. It helps the larvae float in an elongated queen cell, and these queens are then also only fed royal jelly throughout the rest of their development. Worker bees are fed a mash of beebread and honey, called worker jelly.

Scientists once thought that royal jelly was the thing that switched larvae into a queen bee, but it seems now that research is showing that it’s actually the addition of beebread and honey that is what switches larvae into a worker.

Worker bees typically go through each of the different jobs in the hive during their six-week lifespan, but how long they spend in each job depends on the needs of the hive.

(Read more about how a queen develops here)

Once a worker bee hatches, she immediately cleans out her own cell --- drones, or males, need assistance with this task --- and then her hormones kick in to start her off in her first job, a nurse.

The honeybee hive doesn't know if a bee died of old age or if it was sick, so all dead are cleaned out of the hive to prevent the spread of any illness.

These are the bees that are in charge of making honeycomb in the hive, and that honeycomb is used as brood cells and to store honey and pollen.

Honeycomb is made from wax created by worker bees midway through their lifespan. When bees eat honey, they have glands that convert it into wax through pores on the abdomen. Other architect bees will chew off the wax flakes on their co-workers and soften that wax, which is then formed into honeycomb.

Unlike undertaker bees, these bees don't clean up the hive. Instead, they clean each other. When foragers return to the hive, cleaners collect the pollen and nectar from them, pack it into cells and store it for later.

Some of these bees are also in charge of taking the nectar and fanning it down to create honey.

Only a select group of about a dozen bees are chosen as the "ladies in waiting" of the colony. These bees groom and feed the queen as she goes about her business of laying eggs.

Some bees will stand guard over the hive's entrances to make sure that no foreign bees --- sensed through pheromones --- get in to steal honey and to protect the hive from other intruders, including bumblebees, wasps, raccoons and even humans. 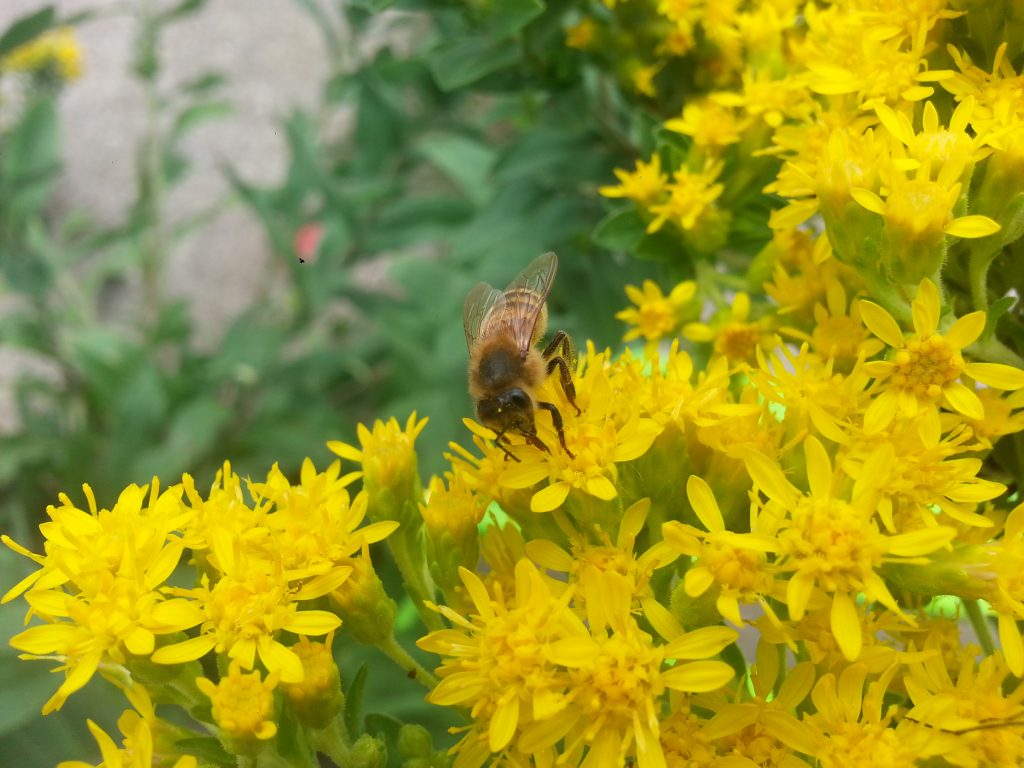 The final job of a worker bee is definitely the most visible, since foraging bees are the ones that we see out in the wild visiting flowers to gather pollen and nectar. Honeybees usually stay within about a 1-mile radius of the hive.

Foraging is the last job because it is brutal for the bee, and most succumb to exhaustion at some point and die outside of the hive.

Bees have so many issues to deal with. There’s a lack of nectar and pollen sources as wildflower populations diminish. Pesticides like neonictinoids are harming their nervous systems (read about that here). There’s unexplained colony collapse disorder. And then there are varroa mites. So many invasive species have caused catastrophic effects on different parts of END_OF_DOCUMENT_TOKEN_TO_BE_REPLACED

Where is the queen is probably the No. 1 question that we are asked about the indoor bee hive. You can read a little bit about that here, but the next question often comes up as “What makes a queen bee?” The short answer is, queens are fed royal jelly which makes them different from END_OF_DOCUMENT_TOKEN_TO_BE_REPLACED

A few years ago, we saw a mass of bees collected around the hole that led outside from the indoor bee hive. We thought the bees might be swarming — leaving the hive, which usually occurs when there are two queens raised and one leaves with half the hive — and were nervous that there END_OF_DOCUMENT_TOKEN_TO_BE_REPLACED

A few years ago, we saw a clump of bees in the indoor beehive inside Pollinator Paradise at the Dickinson County Nature Center. They were linked together like a chain, hanging on to each other by their feet. Since then, we have seen this happen quite often, and visitors ask us what the crazy honeybees END_OF_DOCUMENT_TOKEN_TO_BE_REPLACED

“Where is the queen bee?” That’s usually the first question we get when people see the indoor bee hive at the Dickinson County Nature Center. The queen bee is pretty identifiable. Her abdomen — the longest part of her body — is almost twice the length of a worker bee. However, we almost never see END_OF_DOCUMENT_TOKEN_TO_BE_REPLACED