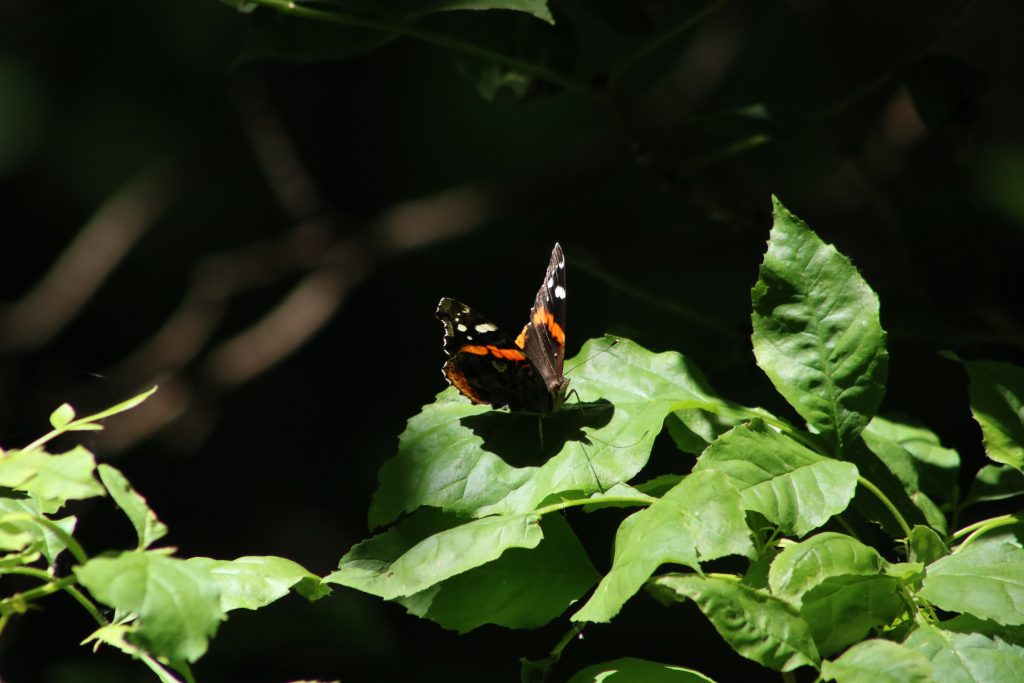 They might not be as big or as flashy as monarchs, but these little orangish-red and black butterflies are really neat. Here are 10 things that make red admiral butterflies (Vanessa atalanta) unique:

We've all reached down to pull a weed and realized too late that it was a nettle. Your hand literally stings from the touch. However, red admiral caterpillars love nettles. It is their host plant, which means that is what red admirals lay eggs on and what their caterpillars eat. For all you homebrewers, caterpillars may also share your love and eat hops.

2. Red admirals are quite small but beautiful.

Monarch butterflies have a wingspan of 3.5-4 inches, whereas the red admiral wingspan can be as small as 1.75 inches wide.

They have scalloped black-brown wings with a reddish band on the forewing, for which it gets its name. On the underside, the butterfly has better camouflage and is mottled blue, black, brown and orange.

Although they don't migrate quite as far, red admirals also migrate from their northern-most regions --- that can be as far north as Canada --- to southern Texas to overwinter. However, some red admirals that live during the warm season in warm areas stay there through the winter as well.

We don't often see caterpillars do anything but crawl and eat. However, red admiral caterpillars like to stay covered. Young caterpillar live in the shelter of folded leaves while older caterpillars will make a nest of leaves tied together with silk.

Red admirals are know as people-friendly, and they may actually land and perch on humans. Be careful if one is by you as to not harm it. If you want it to leave, gently blow near it to encourage it to fly away.

6. Red admirals are found around the world.

In addition to North America, red admirals also live in New Zealand, Europe, northern Africa and Asia. They can survive in habitats from tundra to subtropics.

7. They are often mistaken for other butterflies.

Iowa has many different kinds of orange-and-black butterflies, and they are often mistaken for each other. The red admiral has more black than some other butterflies. It has a black upper forewing with a bright, diagonal red band that sometimes appears orange. It also has a red marginal band on its hindwing — the bottom wing. The lower hindwing — the underside or bottom of the lower wing — is mottled brown, black and tan. 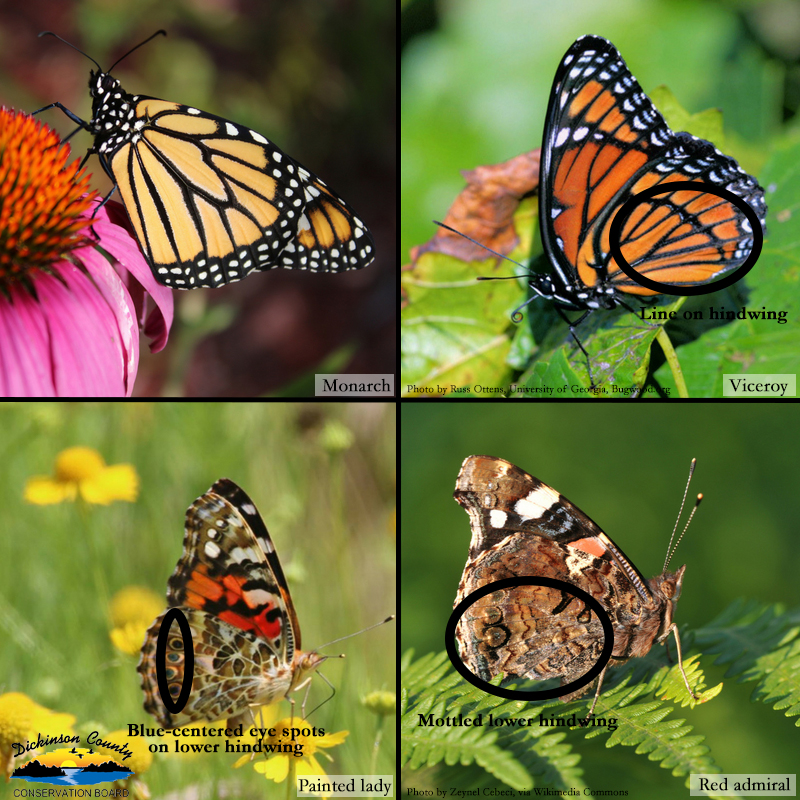 8. There is more than one admiral in the world.

There are more than just red admirals in the Nymphalidae family. The western U.S. has the Weidemeyer's admiral (Limentis weidemeyerii); the white admiral (Limentis arthemis) lives in North America, Great Britain, Eurasia and Japan; the Indian red admiral (Vanessa indica) is found in the Canary Islands and India. 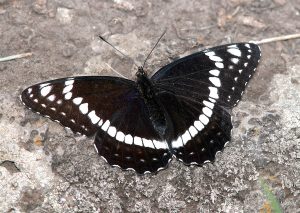 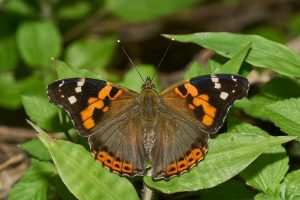 Just as the monarch goes from a yellow egg to a yellow, white and black caterpillar to a green chrysalis to an orange and black butterfly, red admirals also go through different transitions. They begin as a green eggs on a host plant and hatch into a black caterpillar with spiky hairs. 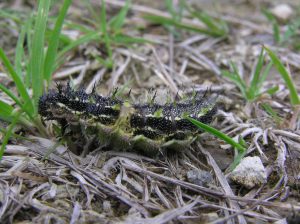 The chrysalis looks like a brown leaf, to blend in, and then it becomes its beautiful black, white and orange adult self.

Adult red admiral butterflies are hard to follow because they are swift flyers that are fidgety and change directions rapidly during their course of flight.

How to tell apart four orange and black butterflies

Those wonderful orange-and-black butterflies that we love so much. They fly overhead this time of year, and we know they are headed to their overwintering sites outside of Mexico City. But how do they get there? Plenty of studies have been done throughout the years to try to figure out how a brain the size…