In the movies, you have probably seen a bald eagle flying and heard a screech-sound effect.

Red-tailed hawks are very common raptors, in Iowa and throughout North America. They live in a wide variety of habitats, from desert to grassland, fields to parks and even in the tropical rainforest of Mexico. 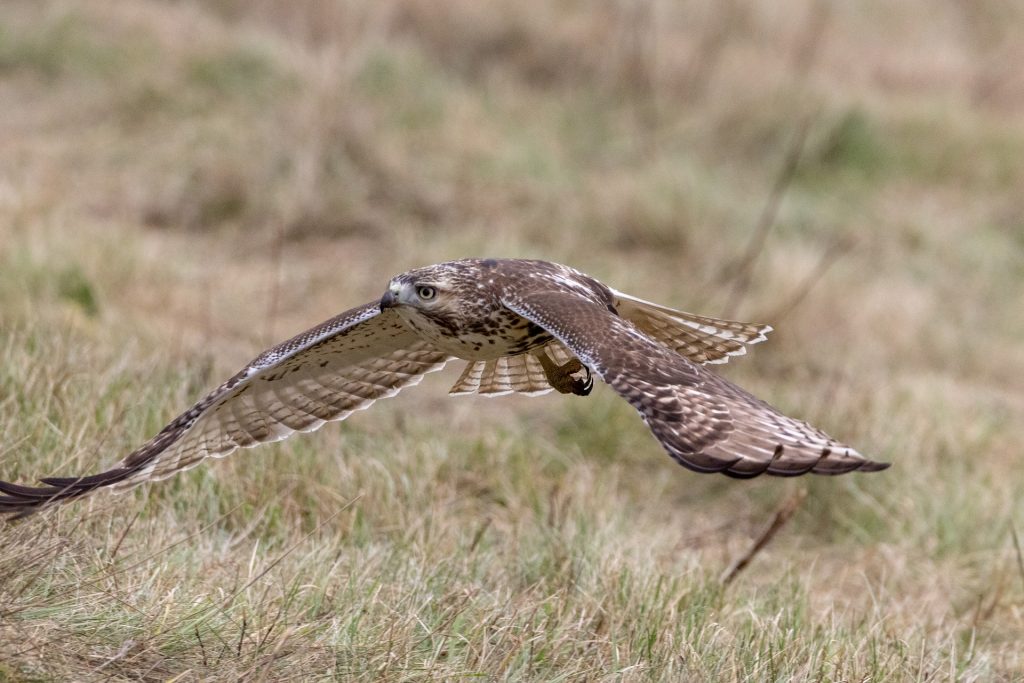 Let's see some fun facts about these awesome predators.

First-year red-tailed hawks have pale yellow eyes, and they darken to brown as the birds get older. It can take several years for the eyes to darken, depending on the bird.

2. They have great vision.

Red-tailed hawks can see a mouse from 100 feet up in the air, and they dive at up to 120 mph to catch it. They have binocular vision, meaning both their eyes work together to help them see prey from so far away. Their eyes also allow them to focus quickly as they dive.

You might have also seen a raptor such as a red-tailed hawk cock its head back and forth. This helps them triangulate an object and determine how far away it is.

Red-tailed hawks are one of the largest hawks you'll see in the wild, but they are actually quite small, weighing only 3 pounds at the most.

Red-tailed hawks have different color morphs. They are usually brown on top with a paler, streaked belly. The tail is usually pale on the underside and cinnamon-red on top. Dark morphs are all chocolate brown with a red tail, and rufous morphs are reddish-brown on the chest with a dark belly. 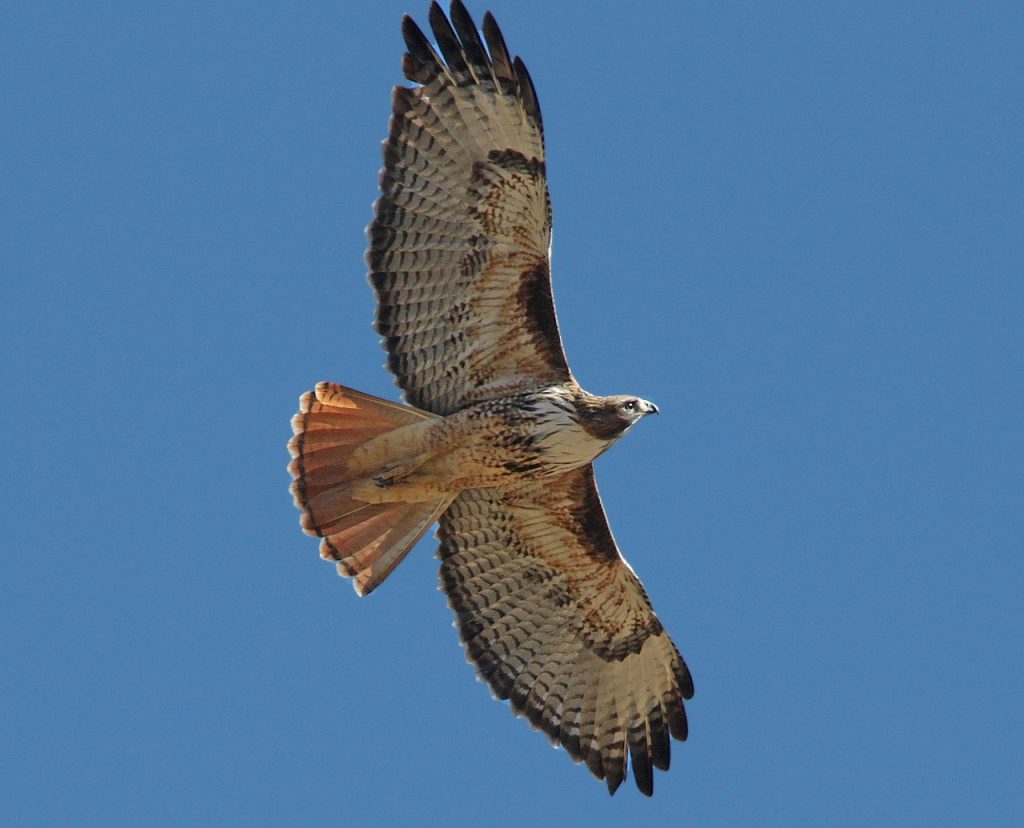 5. They can eat prey larger than they are.

Red-tailed hawks usually eat small mammals, from voles to rabbits, ground squirrels to mice. They will sometimes also eat birds, snakes or carrion. Prey can be small --- less than an ounce --- up to more than 5 pounds.

6. Raptors have a third eyelid.

Raptors such as red-tailed hawks have a nictitating membrane, which is a semi-transparent lid that moves from side to side to help keep the eye moist and clean.

7. They have dangerous love.

Red-tailed hawks will put on spectacular courting shows, with males diving and shooting straight up in the air. Sometimes a male and female will grab onto one another's talons and plummet to the earth before pulling away at the last moment.

When people see the large nest inside the Dickinson County Nature Center and the big raptors on the outdoor nest during the summer, they often think they are bald eagles. Many people don’t realize that after being extirpated in Iowa, osprey populations have started to make a comeback in the 2000s. Each summer, osprey come END_OF_DOCUMENT_TOKEN_TO_BE_REPLACED

Dark-eyed juncos have made their way to northwest Iowa to overwinter. Black-capped chickadees are flocking to feeders. White-breasted nuthatches are looking for nuts to get fat and ready for the cold. Food is a constant necessity for birds to survive through Iowa winters. Their feathers are wonderful insulators, but the food is what produces a END_OF_DOCUMENT_TOKEN_TO_BE_REPLACED