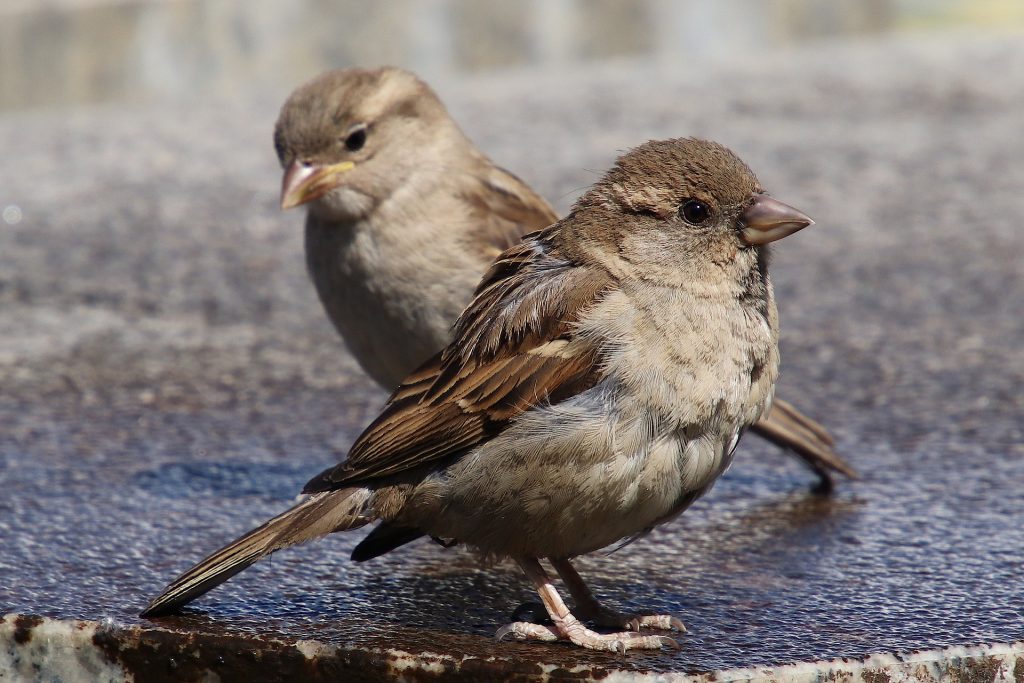 There, I said it.

These pesky birds were introduced to the U.S. in 1851 and spread rapidly throughout the country. They are now common across all of North America, except Alaska.

House sparrows nest in natural and artificial cavities, and they will also compete for nesting boxes.

The issues come when house sparrows aren't content just to leave it at "first-come, first-served." They will displace bird species that nesting boxes are intended for, including bluebirds and tree swallows. They have even been sighted taking over robins' nests. To do this, they will kill other nestlings, crush eggs and even build nests on top of other active nests.

They also steal food from the beaks of other birds.

It goes beyond that too, because house sparrows will also aggressively defend their nest holes. A scientist in 1889 reported cases of house sparrows attacking different bird species.

So what do you do about them?

NestWatch has an article with ideas of how to control house sparrows and the European starling. (click here)

Two volunteers were weeding an area and found a small chipping sparrow nest in a low bush. In the nest were three of the sparrow’s bright blue, speckled eggs and another egg that didn’t match. This fourth egg was larger, white and speckled with brown. If you find a similar scenario, you’re looking at a END_OF_DOCUMENT_TOKEN_TO_BE_REPLACED

A colony of white, gourd-like houses hang on a large pole outside of the Dickinson County Nature Center. Around them flies dozens of gliding, floating, flitting dark birds — purple martins. Local birder and owner of Bird Haven in Spirit Lake Wendell Hansen has cared for the purple martins for many years, and last June END_OF_DOCUMENT_TOKEN_TO_BE_REPLACED

The American tree sparrow’s name is really misleading. European settlers named it the American tree sparrow because the chubby bird with a rust-colored cap and eyeline reminded them of the Eurasian tree sparrow, but Spizelloides arborea isn’t just American. It does spend its nonbreeding winter seasons in the U.S. and southern Canada, but it head END_OF_DOCUMENT_TOKEN_TO_BE_REPLACED

We have many wonderful volunteers at the Dickinson County Nature Center, and one of regular front desk helpers loves to bring in articles with interesting animal facts. The last article she brought in from “Smithsonian” magazine told that the highest bird flight ever recorded was by the Ruppell’s griffon, a vulture native to Africa. It’s END_OF_DOCUMENT_TOKEN_TO_BE_REPLACED

Dark-eyed juncos have made their way to northwest Iowa to overwinter. Black-capped chickadees are flocking to feeders. White-breasted nuthatches are looking for nuts to get fat and ready for the cold. Food is a constant necessity for birds to survive through Iowa winters. Their feathers are wonderful insulators, but the food is what produces a END_OF_DOCUMENT_TOKEN_TO_BE_REPLACED