Two volunteers were weeding an area and found a small chipping sparrow nest in a low bush.

In the nest were three of the sparrow’s bright blue, speckled eggs and another egg that didn’t match. This fourth egg was larger, white and speckled with brown. 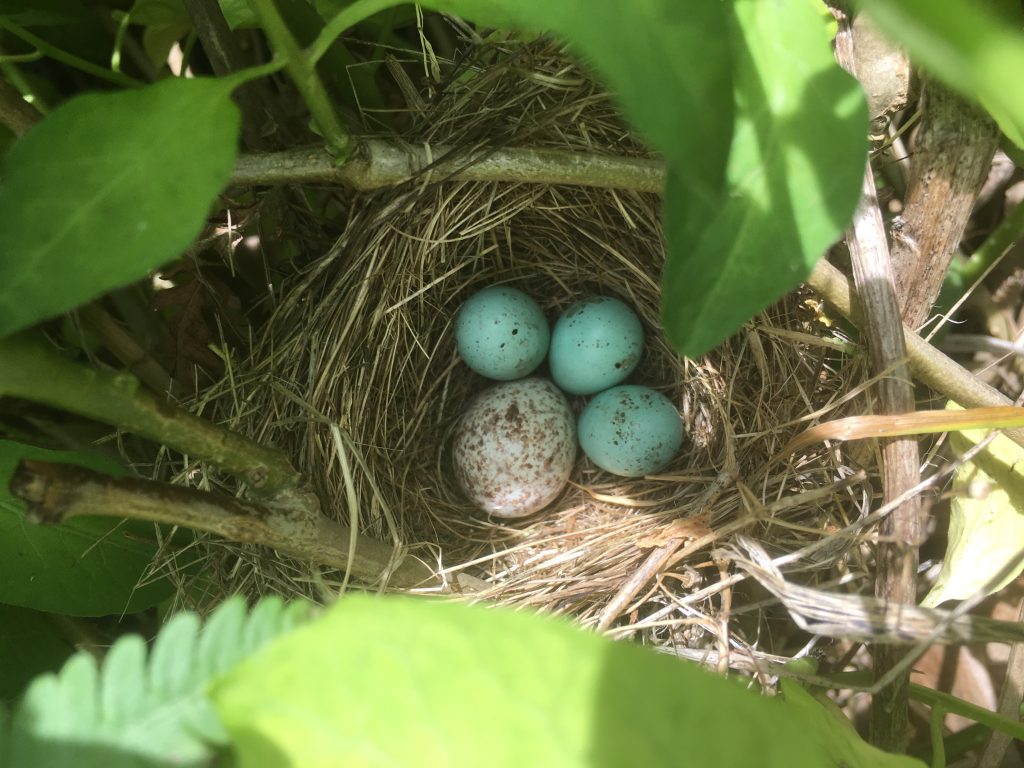 If you find a similar scenario, you’re looking at a brown-headed cowbird egg.

Why is a cowbird egg in someone else’s nest?

Cowbirds are brood parasites, which means females lay their eggs in the nests of other birds and let the other mother bird do all of the rearing. 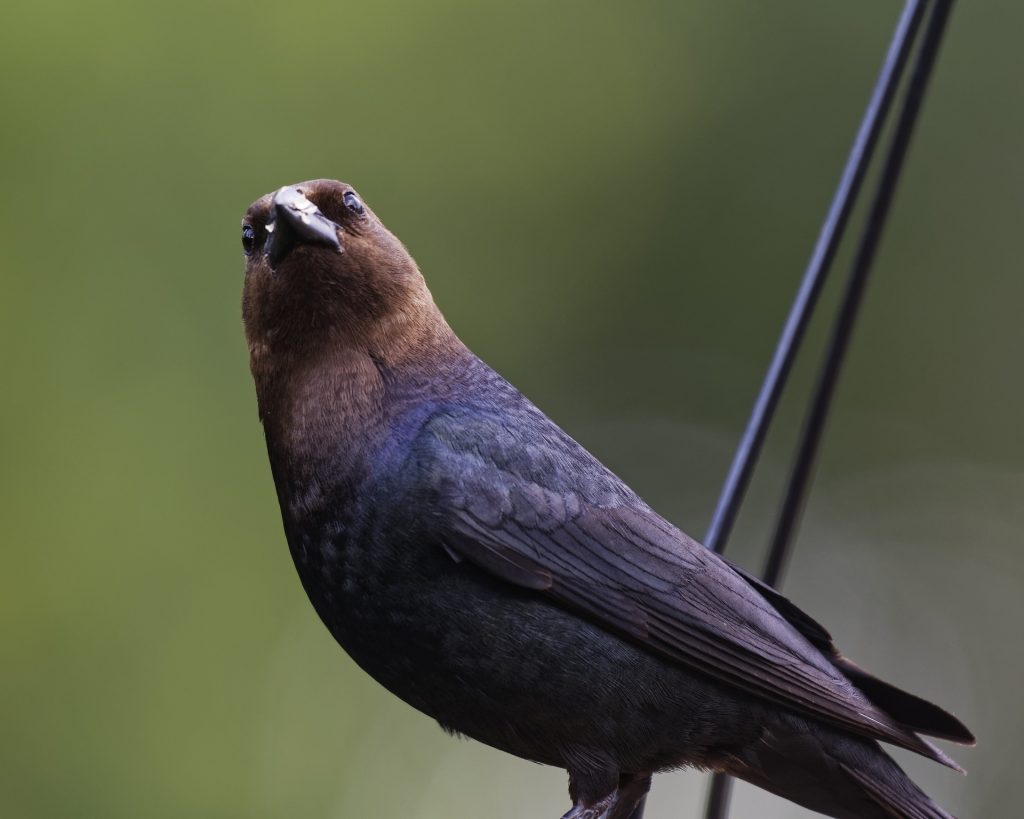 Do cowbird nestlings harm the other nestlings?

Cowbird parasitism can harm the host nest. First, the female cowbird will most likely damage or remove one of the host’s eggs to replace with her own. Cowbird nestlings tend to hatch first, because their incubation period is shorter than many songbirds, and they also grow quickly. That means that the foster parent will naturally pay more attention to this stronger and larger bird, thinking it has a better chance of survival. This will result in reduced nesting success of the host species.

Even though cowbirds are considered brood parasites and can harm host species’ success rates, that does not mean people should jump in to try to help.

As a native species, brown-headed cowbirds are protected under the Migratory Bird Treaty Act and taking eggs is illegal without a permit.

Beyond the law, people can also do a nest more harm by disturbing it.

Most birds do not have egg-recognition abilities, meaning they can’t tell their own eggs apart from parasite eggs. That’s why they don’t notice that a cowbird has laid an egg in their nest.

However, most birds do keep track of how many eggs are in their nest. That is why a cowbird removes or damages one of the host species’ eggs, so that it does not notice that a new egg has been added to the clutch. If a person then removes one of the eggs, the bird’s nest desertion response may be activated because it senses danger and may desert the area and nest and find a new nesting spot.

Other research has shown that cowbirds do check up on their eggs. If a cowbird egg is removed from a nest, the cowbird mother may return and destroy the entire nest in retribution.

Like trying to save a baby animal (see our quick guide here), human instincts want to kick in and help species that seem helpless. However, brood parasitism is just part of nature, and it’s best to let wild be wild.