(Can you tell the difference between butterflies and moths?)

Many people don't know much about moths, other than they are nocturnal and the misconception that they all eat clothes. So let's delve a little more into the world of moths.

1. Moths can be great pollinators.

Some large moths, like hawk moths --- otherwise known as sphinx moths, are some of the largest species of moths in the world. There are around 1,450 species of hawk moths in the world, including the giant hawk moth and hummingbird moth. They have large, hairy bodies and hover to drink nectar from flowers with their long proboscises. As they drink nectar, they also unintentionally pick up pollen on their fuzzy bodies and transfer it to the next flower they visit. 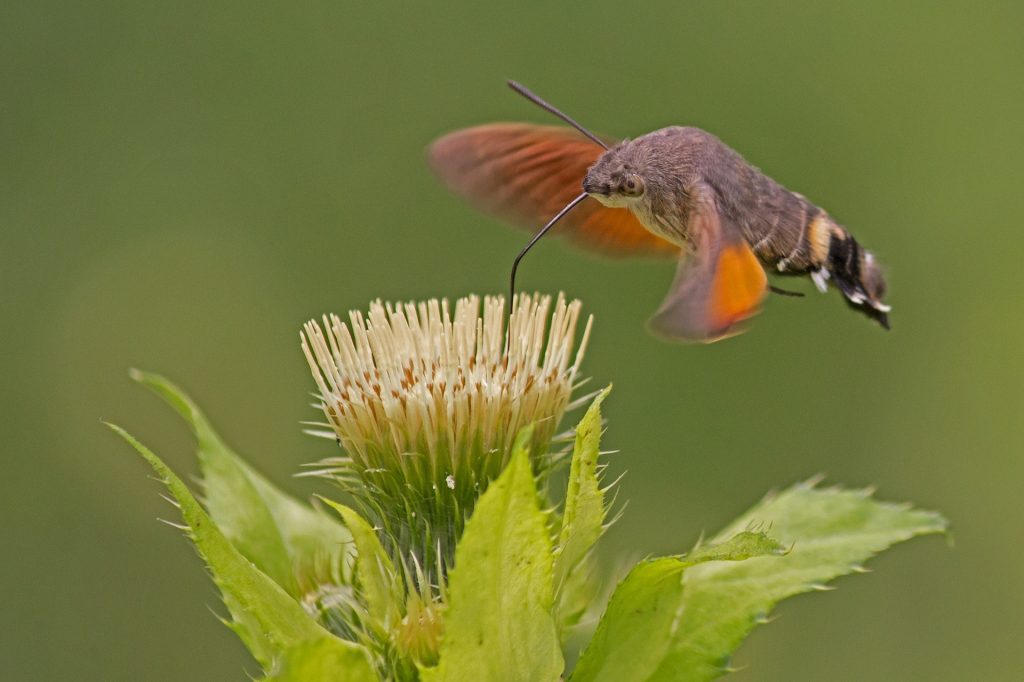 These moths are found in every region of the world, with a high distribution in the tropics, and their larvae is sometimes considered a pest.

Although most pollinators do their job on accident, some researchers think that the yucca moth and cactus moth pollinate purposefully, because they have been seen jamming pollen balls into the stigmas of plants. Yucca moths’ host species is the yucca plant. Its larvae eats the fruit and seeds of the yucca plant, but like other moths, the adults do not eat. However, even as adults, there is a mutually beneficial relationship, because the small white moths that hatch in the springtime blend in with the yucca’s white blossoms.

Once a yucca moth mates, she travels to a different plant in search of a place to lay her eggs, and after she does so, she takes that pollen she has stored under her chin and places it on the stigma to ensure the flower can produce fruit and seeds to feed her larvae.

2. Moths have a certain taste in flowers.

Moths typically visit flowers that are in clusters and provide a place for them to land, are white or dull colors, are open in the late afternoon or at night when moths are active and are ample nectar producers. Moths also like flowers that have nectar deeply hidden, because they have long proboscises that can reach the nectar deep in the flowers.

Some moths don't actually eat though. Species of moths such as the luna, polyphemus and cecropia moth don't eat as adults. They ingest all the calories they need as caterpillars, and the adult moth doesn't have mouthparts. It will only live for a few days, and its only adult mission is to mate and lay eggs.

Polyphemus moth hatched in the butterfly enclosure in Pollinator Paradise

4. They are an important prey species.

Both moth caterpillars and adult moths play an important part as prey in the food chain.

Bats are known to feed on moths, since they are both nocturnal, and some moths have developed defenses against bats. Tiger moths produce ultrasonic clicking sounds that make bat sonar ineffective. Luna moths flutter the tails of their wings to draw bats to their wings instead of their vital body parts, often causing bats to miss the moth entirely.

5. Moths smell with their antennae.

Male and female moths can detect each other through pheromones and hormones from long distances. Studies have found a male can sense a female's sex hormones from up to 7 miles away, and a female can also determine a male's reproductive fitness through his pheromones.

(Learn about common moths in Iowa)