Often, we think if a plant is pretty, has flowers and is colorful, it’s great for the garden. We often assume it’s also great for pollinators.

Flowers have pollen and nectar, right? So it must be good for pollinators.

However, there are some plants that are surprisingly not-so-good for pollinators. It could simply have nothing to offer, or it could actually be harmful. Let’s take a look at a few common landscaping choices that aren’t the best options for pollinators.

This lawn grass is very common in yards, but it offers nothing to wildlife or pollinators because it is an exotic species. Try planting a native form of turf grass that look like Kentucky bluegrass when it is mowed, such as buffalograss. Many native grasses offer habitat and food sources for pollinators. For instance, buffalograss is the larval host for the green skipper butterfly. 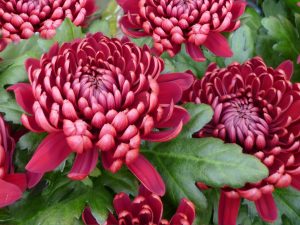 Although they do provide a source of nectar, chrysanthemums can harbor spiders, which attack bees looking for nectar. This means that bees may be killed when foraging on mums or that they instinctively avoid mums.

Marigolds are often a garden favorite, but they have hard to reach or even little or no nectar for foraging pollinators. 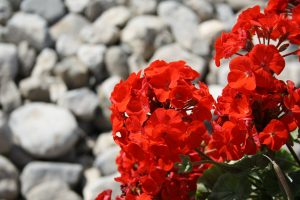 Instead of cultivars, like geraniums or even coneflowers, go for native versions. Native pollinators are naturally drawn to native plants, so make sure to choose native options, like wild geranium (Geranium maculatum). 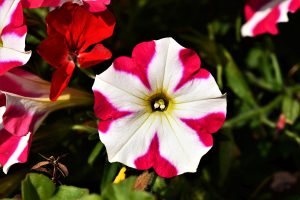 Petunias have little-no nectar for pollinators. 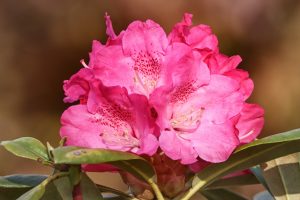 Some species of rhododendron have nectar that is toxic to honeybees due to grayanotoxins and can contaminate honey. It can also cause accidental poisoning in livestock and is toxic to dogs, cats and horses.

However, some reports have found that bumblebees do forage on rhododendron.

Azaleas are related to rhododendron and also produce grayanotoxins. 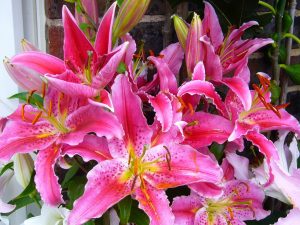 The pollen of stargazer lilies is toxic to bees. A variety of species of lilies are also toxic to cats if ingested.

Think beyond the typical garden center box and check into beautiful, native options instead. If you don’t know where to start read these blogs:

If you like calla lilies, plant Jack in the pulpit
Five plants to start your pollinator garden
Five decorative milkweeds