Bright birds with forked tails that swoop and dive around you — we see a lot of these in Kenue Park.

They’re definitely swallows, but can you tell which kind?

In Iowa, you’re likely to see four different kinds of swallows: Barn swallows, tree swallows, cliff swallows and purple martins. They’re quite similar, but relatively easy to identify if you know what to look for. 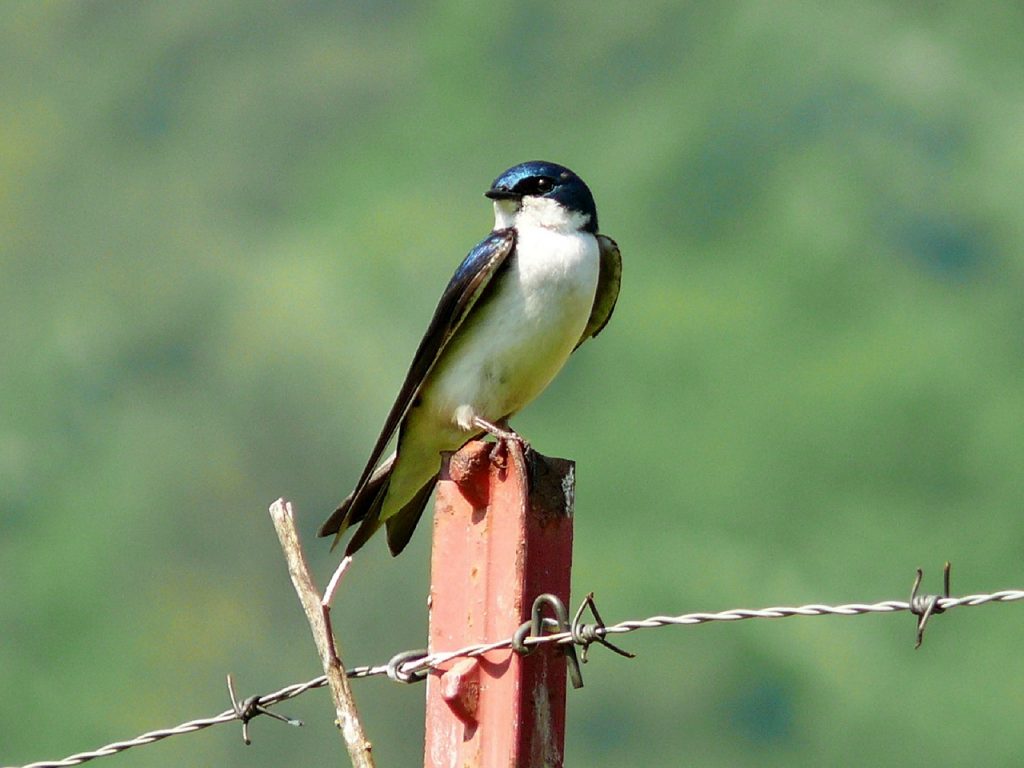 I love tree swallows because of their coloring. My favorite color has always been some form of bright blue/turquoise/teal, and tree swallows are exactly that. Adult males are an iridescent blue-green above, with a white chest and blackish flight feathers, and females are a less dramatic iridescent color.

Tree swallows have a tiny black bill and a more shallowly forked tail than other similar swallows. 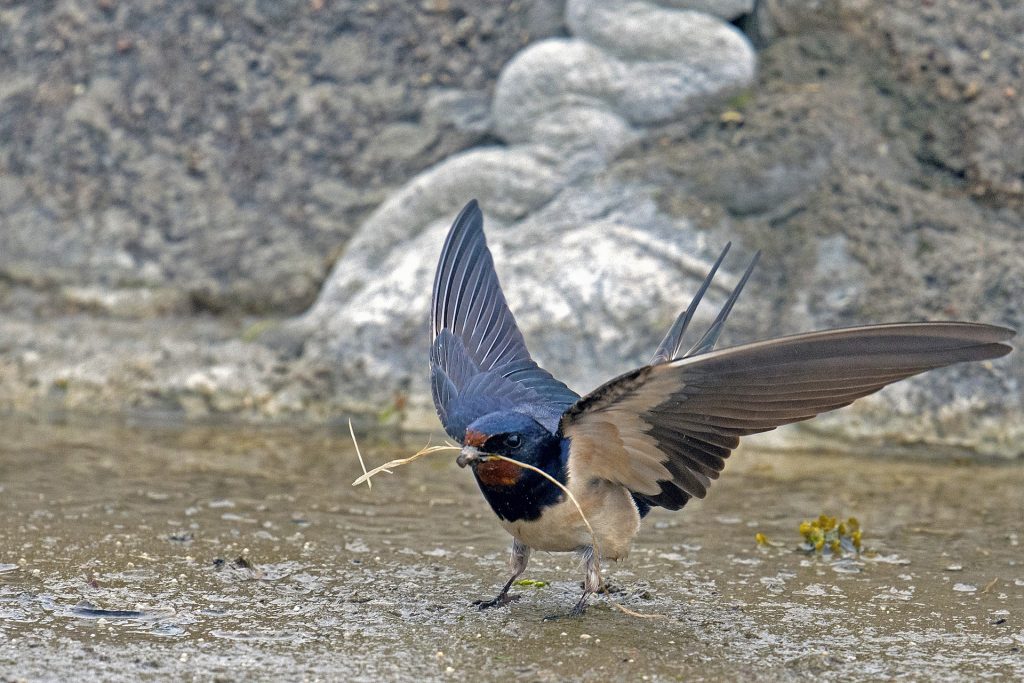 Barn swallows are the most abundant and widely-distributed swallow species in the world, living and breeding throughout the Northern Hemisphere and overwintering in the Southern Hemisphere.

Barn swallows are also quite colorful, with a deep blue back, wings and tail as well as rust-colored chin and neck and a dingy, orange chest. Males are more boldly-colored than females. Barn swallows also have long outer tail feathers, giving it a sharply forked appearance. 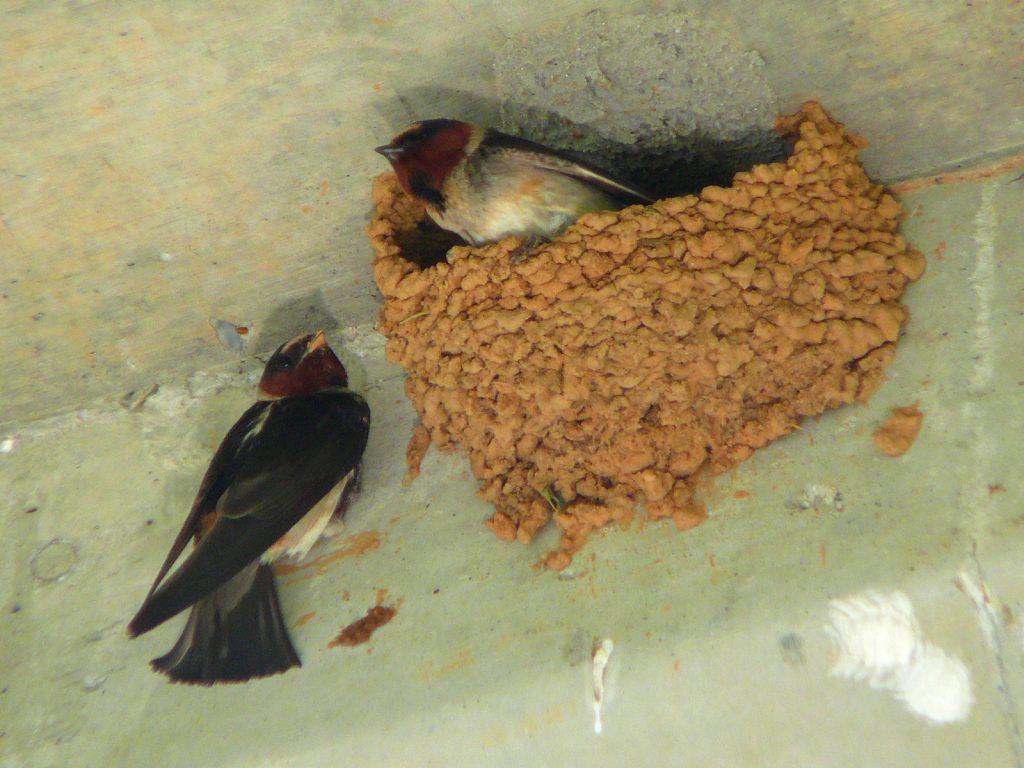 Barn swallows have very similar coloring to cliff swallows, which get their name from their nesting location. They often build on cliff ledges or under bridges, eaves and culverts. They nest in colonies, and sometimes nests look like giant masses with many holes.

Cliff swallows are also a mix of deep blue, rust and orange-white, but they have a white forehead that the barn swallow lacks. They are usually a bit more mottled on top than a barn swallow, and cliff swallows also have shorter tails and chubbier bodies. 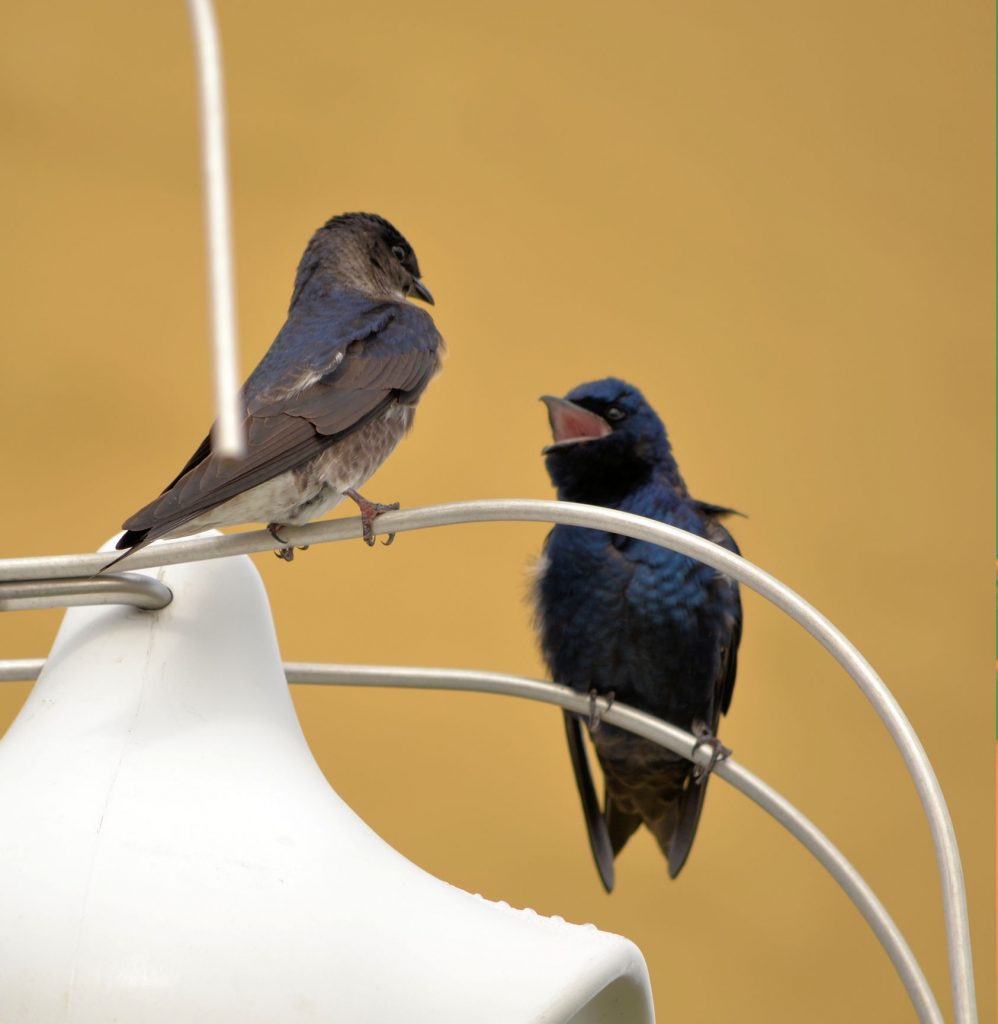 A female and male purple martin

Another vibrantly colored swallow is the purple martin, which is the largest swallow in North America. (Read more about it here.) Males are iridescent blue-purple with black wings and tail, while females are duller with more gray mottled throughout.

Purple martins have a forked tail, but it is a shallower fork, like the tree swallow.

Have other birds that you’re trying differentiate between? Try these other blogs:
Tell apart finches at your feeder
Woodpeckers of Iowa
Egret, crane or heron?
4 ways to tell apart swans and snow geese