A herpetologist — someone who studies reptiles and amphibians — came to the Dickinson County Nature Center and asked how old Itsy Bitsy, the western fox snake, was.

At that point, we estimated she was about 22 years old.

He pulled his head back in surprise.

While we realized that Itsy Bitsy was old, we hadn’t realized just how unusual that is. Western fox snakes, which are native to Iowa, typically only live to 17 years old, even in captivity, which usually lengthens an animal’s lifespan. 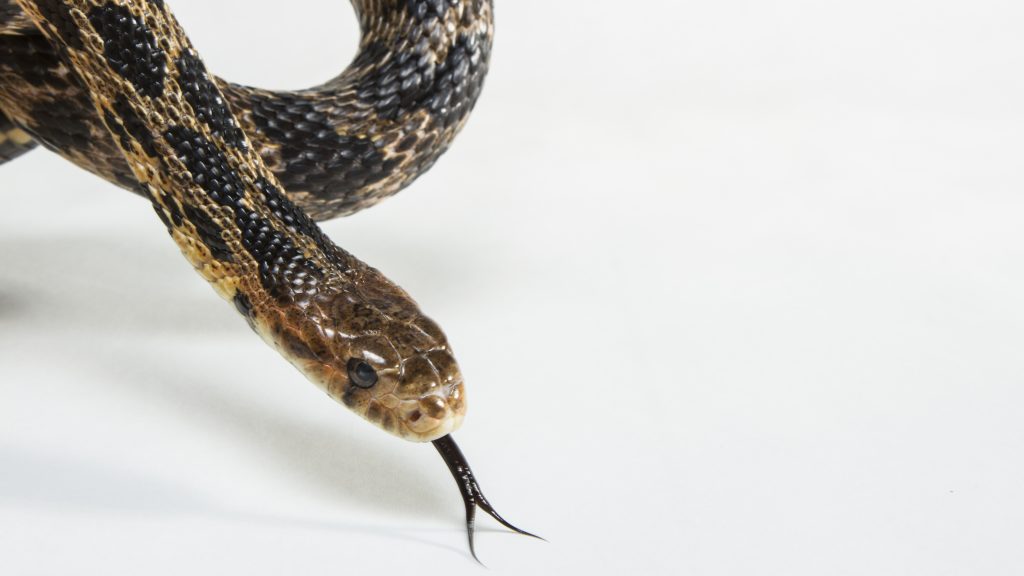 We’re not sure exactly why Itsy Bitsy lived so far beyond a typical lifespan — she passed away at about 26 years old — but we’re glad that she did, because she wasa wonderful animal ambassador. Although many people aren’t fans of snakes, she wasso docile and sweet that she converted quite a few people over to her side.

So let’s take a look at some of the reasons that snakes like Itsy Bitsy are neat.

1. Western fox snakes have an average of 41 blotches.

While western fox snakes can look quite different from one another — some have light brown spots, some have black; some have a head with a reddish tinge, and some are quite brown; some bodies are light brown, some are dark or even reddish — they all have blotches. And someone took the time to look at enough of the non-venomous snakes to realize that the average number of blotches is 41. 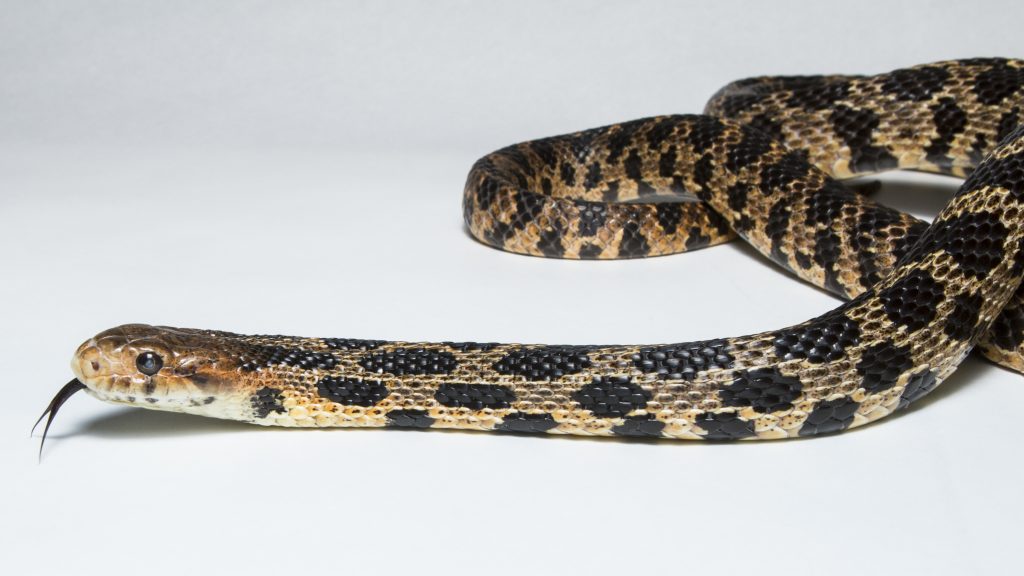 2. Western fox snakes might seem scarier than they really are.

Unfortunately, though, because western fox snakes can reach more than 4 feet long and do vibrate their tails, they are often misconstrued for other species and killed.

Western fox snakes can be found in a variety of habitats, from grasslands to prairies to dunes, farm fields to pastures to woodlands. However, they are very solitary creatures and if they sense anyone nearby, they will leave. Many people have never seen a western fox snake in the wild.

Many times an animal is named after another animal because they look similar. The tiger salamander got its name because it often has stripes, like a tiger.

A fox snake, however, doesn’t look like a fox. Instead, its name is from the musky odor that it can give off when handled, similar to that of a red fox.

5. The western fox snake is a constrictor.

Western fox snakes eat small animals such as mice, birds and frogs. They wrap themselves around their prey and squeeze until the creatures dies of asphyxiation.

(How a snake breathes while it eats)

Like other species, the fox snakes then swallows its meal whole.

Check out a video of our animal ambassador snakes eating on our Videos page.

(Read how and why snakes shed their skin)