We were trying to figure out what they were but we couldn’t see their necks, because it was breezy and they had their heads hunkered down. However, I could clearly see it was tall, had dark legs and had a fully yellow beak. It looked like this: 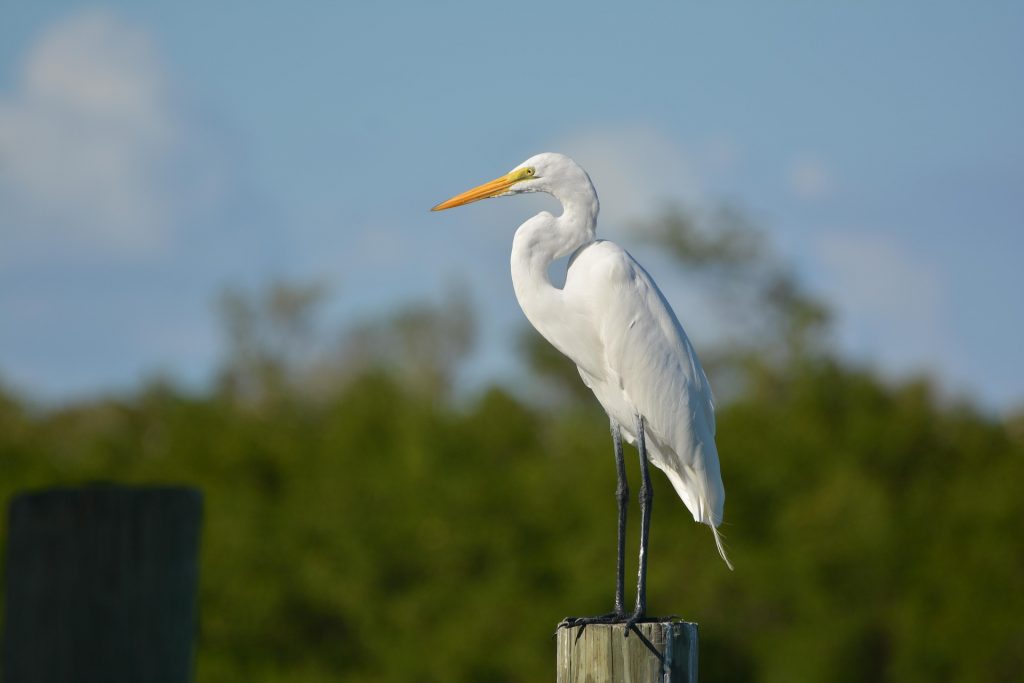 We quickly ruled out that they were cranes. Whooping cranes aren’t in Iowa, and sandhill cranes aren’t common in northwest Iowa. Plus, both cranes have red patches around their eyes, and this bird definitely didn’t have any coloring on its face. Cranes also have shorter beaks than herons and egrets, and the bird that we saw had a long, thick beak. 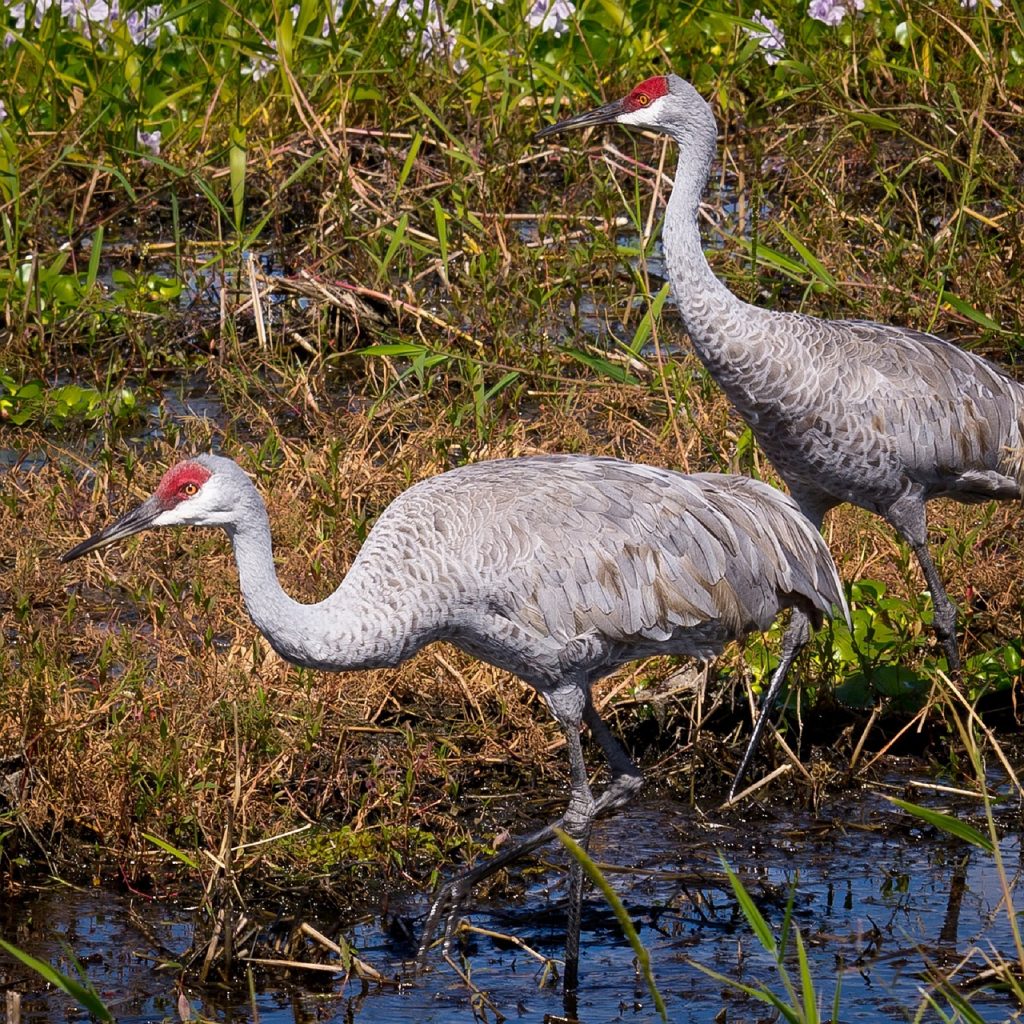 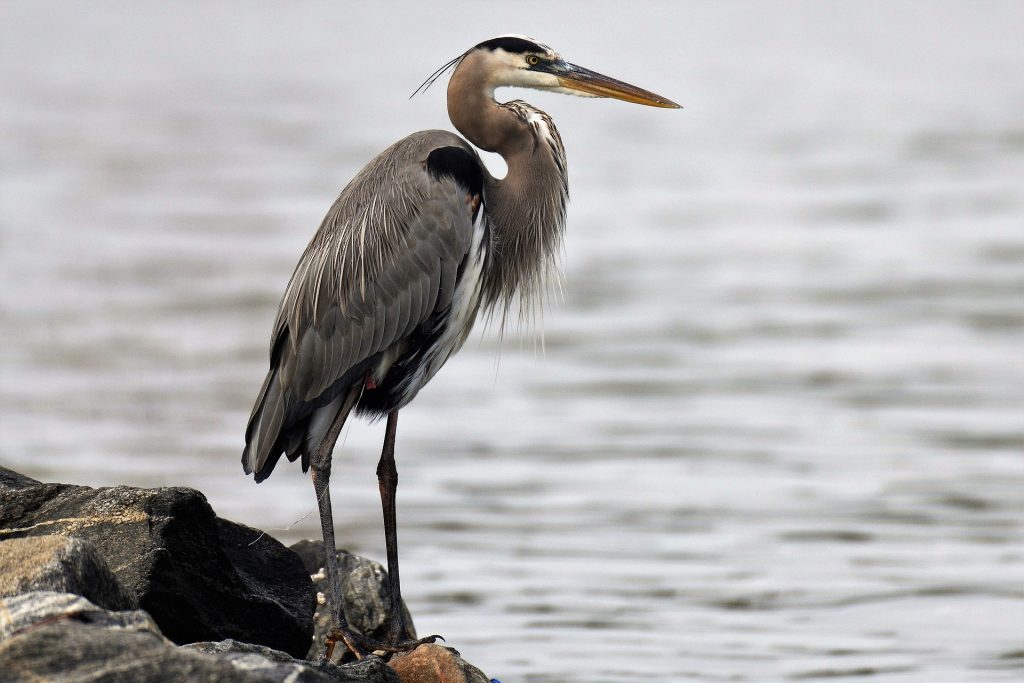 That led us to knowing that what we saw was some kind of egret.

That meant that what we saw was a great egret. This bird grow 38-39 inches tall and has a thick yellow beak as well as black legs and feet. 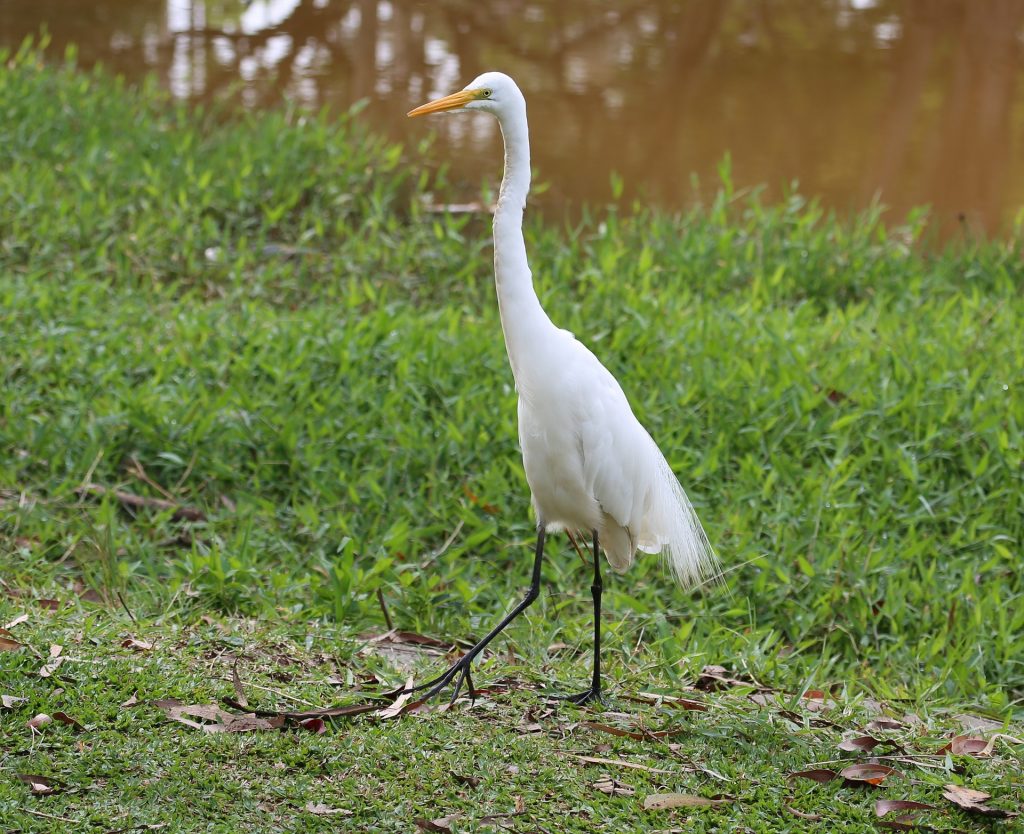 Great egrets live in both freshwater and saltwater habitats, and they wade in shallow water to hunt. They stand still and watch for prey to pass by, striking out quickly with their long necks and bill.

Great egrets have all white feathers, but they do get dressed up for breeding season. During that time, a patch of skin on its face, by its eye, turns neon green, and long plumes grow from its back.

Learn how to tell the differences among these creatures in our other blog posts:
Mink, ermine or weasel?
Chorus or leopard frog?
Coyote or wolf?
Osprey or bald eagle?
Moth or butterfly?