I know that we’re not the only ones who leave the Iowa Great Lakes area for the winter.

There are ducks, geese, songbirds, swans and even people that take off when the weather gets colder for areas that are warmer and where food is easy to come by.

Last year was a weird year. My partner and I had some issues when we got back. I wasn’t sure she was going to make it, so I found a new lady. However, my partner did return and made sure that everyone knew she was queen of our Kenue Park nest. Then, between fighting with this new lady and her new man, and trying to find fish in a frozen atmosphere, we struggled. We tried procreating but weren’t able to lay any eggs or have any babies. 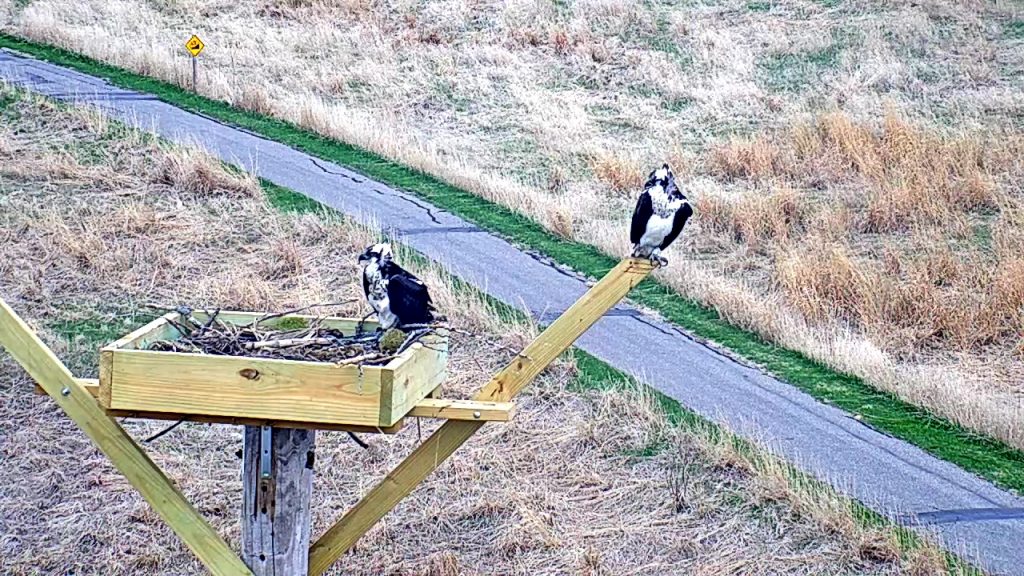 (Watch a video of a typical osprey lifespan)

That meant that most of last year was not spent on the nest but was free, flying around the lakes, fishing and relaxing in trees in the warm Okoboji sun.

However, we have high hopes for this year. I gave the weather an extra week and decided to return on April 8, instead of around the 2nd like I usually do. Thankfully, there was plenty of open water when I returned, so I could start fishing right away.

(Read about where osprey go in the winter)

Many people and creatures don’t realize that I survive off of fish. Those annoying bald eagles will eat pretty much anything — they will even steal fish right out of osprey talons — and people think that we’re the same way. We’re not. My kind eats 99 percent fish, although we will grab something else if it is super convenient. We love fish of all kinds, and we were made to fish. 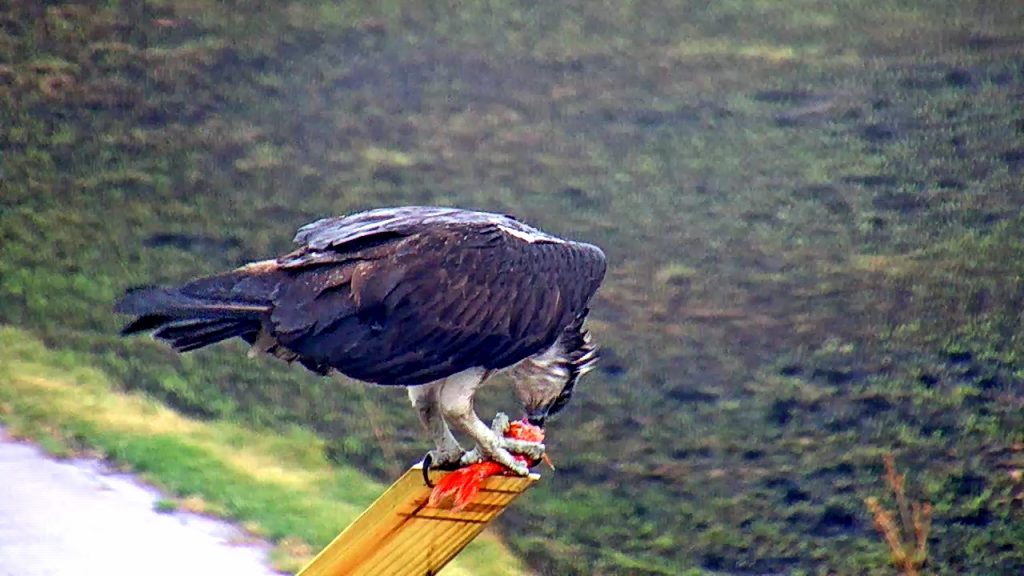 I also am great at carrying fish. I have a talon that turns sideways so that I can carry a fish parallel to the direction that I’m flying, making it drag less through the air and making it easier for me to fly with it.

The first thing I did when I got back was fish. It was thousands of miles to fly back here, and I was tired. I grabbed a fish and plopped down in a tree to eat it.

Then I made my way back to our Kenue Park nest, which had been blown about during the winter. I grabbed pieces of wood in my beak and started flipping them over the side. I need to get fresh sticks and start rebuilding before my mate comes back in a couple of weeks.

Nest building and fishing. That’s what I’ve been up to.

Plus, I’ve noticed some people milling about the nesting site. I saw they had taken down that white thing mounted on the pole next to our nest, and now it’s back up. I wonder if they’re going to spy on us again this summer. (Watch the nest camera here)

We’ll just have to see!