European settlers named it the American tree sparrow because the chubby bird with a rust-colored cap and eyeline reminded them of the Eurasian tree sparrow, but Spizelloides arborea isn't just American. It does spend its nonbreeding winter seasons in the U.S. and southern Canada, but it head far north to breed in the tundra of northern Canada. Studies have indicated that of the 20 million American tree sparrows, 87 percent spend some part of the year in the U.S.

Their name is also misleading because they are ground birds and not tree birds. They forage for food on the ground, nest on the ground and breed in scrubby areas where trees are sparse or small.

Like all birds, tree sparrows have a variety of calls. Check out this video in which you can hear its alarm call, a sharp tseet sound that you have probably heard before. In the background you can also hear a musical twitter that is used when feeding or foraging in flocks.

Males also have one- or two-second songs that they sing in late winter. What's interesting is that there are many male song dialects, but each male only sings one dialect, similar to human language.

Sparrows are hard to identify.

Especially for novice birders, sparrows are difficult to identify because of their similarities. American tree sparrows have small bills and long, thin tails in the world of sparrows. They are only about 5.5 inches long, about the size of a house sparrow. 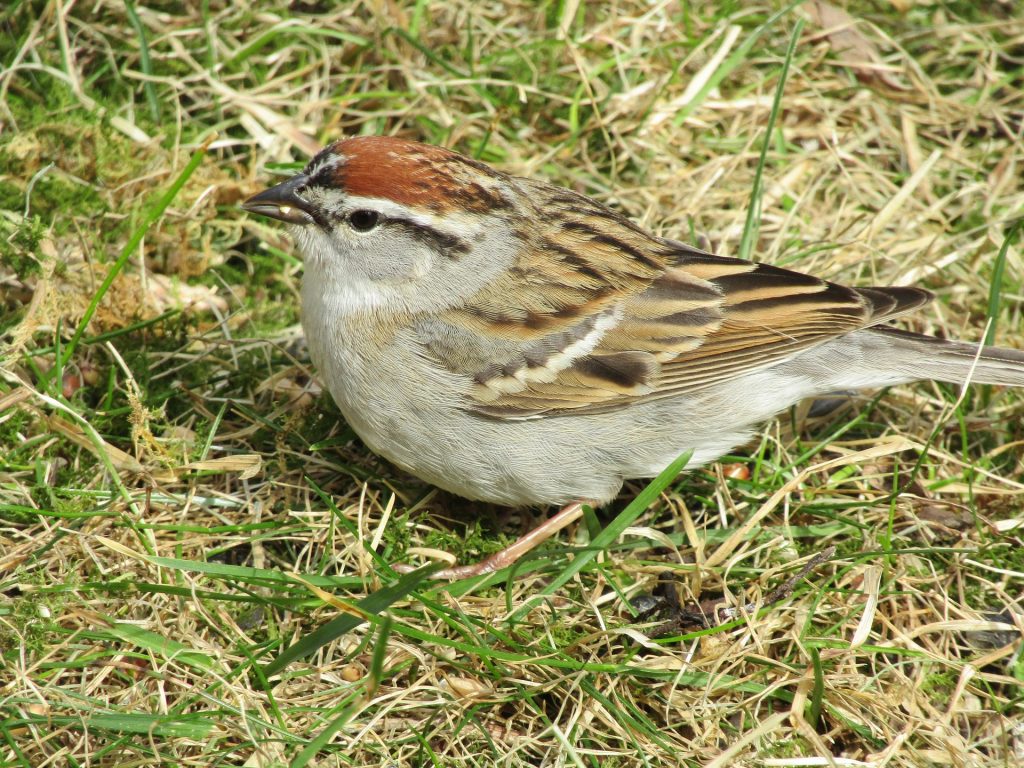 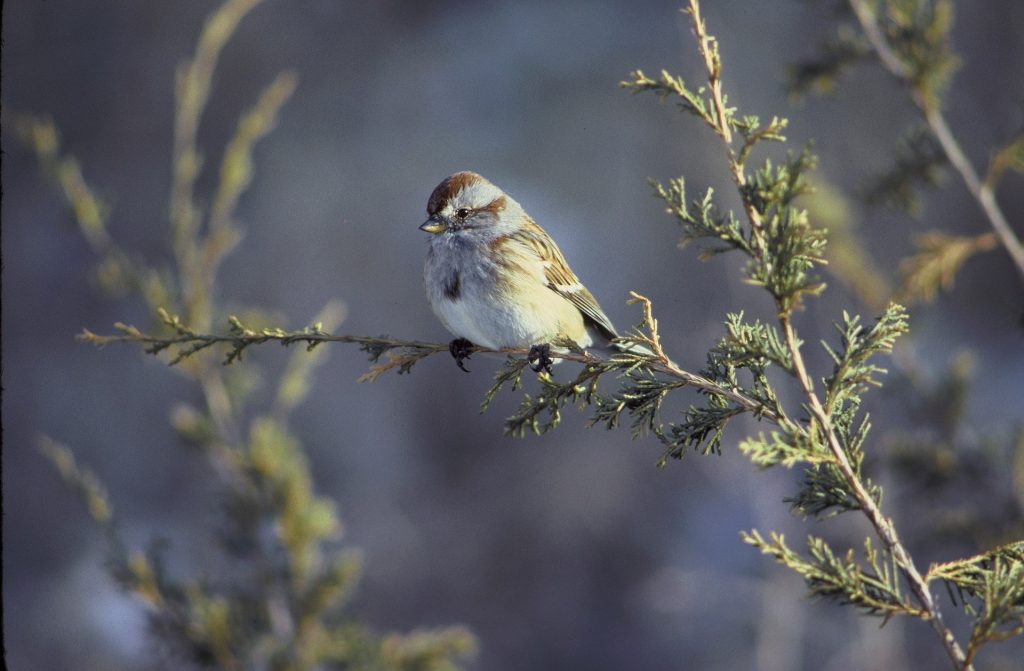 In the wintertime, when these birds are in Iowa, they are almost 100 percent vegetarian, eating grasses, sedges, ragweed and other forbs as well as berries and a few insects. They also are frequent visitors to backyard bird feeders where they like black oil and hulled sunflower seeds, nyjer, cracked corn, peanut hearts and millet.

During breeding season, American tree sparrows look for protein-rich foods for their young such as insects, caterpillars, spiders and snails.

Naturalist Ashley Hansen talks about how amazing bird eggs are — from the myriad of colors to the variety of sizes. You can learn even more about bird eggs by downloading our bird egg memory match game! Simply print off the pieces on cardstock, cut them out and match eggs with the adult bird. When END_OF_DOCUMENT_TOKEN_TO_BE_REPLACED

You may have noticed that as the seasons change, birds begin to look different. What was a bright eastern goldfinch in the spring becomes a duller hue in the winter. A duck that had vibrant breeding feathers earlier in the year now looks a little drab. That is because birds molt. Their feathers wear out END_OF_DOCUMENT_TOKEN_TO_BE_REPLACED

Bright birds with forked tails that swoop and dive around you — we see a lot of these in Kenue Park. They’re definitely swallows, but can you tell which kind? In Iowa, you’re likely to see four different kinds of swallows: Barn swallows, tree swallows, cliff swallows and purple martins. They’re quite similar, but relatively END_OF_DOCUMENT_TOKEN_TO_BE_REPLACED

Pine siskins, purple finches, dark-eyed juncos, American tree sparrows — these Iowa winter birds are really only just a few of the birds that make winter a bit more fun in this cold state. 1. Red-breasted nuthatch Red-breasted nuthatches live year-round in many parts of the western United States and Canada, but they spent winter, END_OF_DOCUMENT_TOKEN_TO_BE_REPLACED

Everyone loves to feed the birds in winter. (Learn about one of Iowa’s winter birds: Dark-eyed junco) It helps the birds that are scavenging for food. It lets you get close to watch these fun, feathered friends. Bird watching is a good hobby to do from the warmth of your house on chilly days. You END_OF_DOCUMENT_TOKEN_TO_BE_REPLACED

We have many wonderful volunteers at the Dickinson County Nature Center, and one of regular front desk helpers loves to bring in articles with interesting animal facts. The last article she brought in from “Smithsonian” magazine told that the highest bird flight ever recorded was by the Ruppell’s griffon, a vulture native to Africa. It’s END_OF_DOCUMENT_TOKEN_TO_BE_REPLACED

More than 40 people attended last week’s Turkey Trot hike through Kenue Park and ended the Thanksgiving celebration by making their own pinecone bird feeders. If you didn’t attend, why don’t you grab the kids, head out on a wintry hike today, find some pine cones and make bird feeders of your own? (Okoboji seagulls END_OF_DOCUMENT_TOKEN_TO_BE_REPLACED