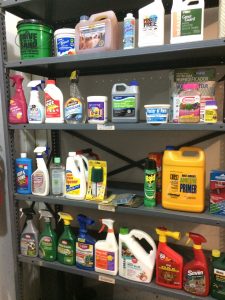 Cleaners, pesticides, oil-based paints — how do you dispose of these items when you’re done with them?

The Dickinson Recycling Center in Milford accepts household hazardous materials such as these and disposes of them responsibly.

HHMs, or household hazardous materials, are chemicals that are reactive, flammable, corrosive or poisonous.

“Basically, it’s something you’re not supposed to throw away in the regular garbage because it can potentially be one of those four things,” said recycling center manager Charles Vigdal.

Private residents may dispose of HHMs for free at the recycling center if they live in Dickinson County, except residents of Terrill and Superior. Residents of those cities should contact their city office for information on where to dispose of HHMs.

People sometimes don’t realize fluids such as oil-based paint or pesticides or even poison peanuts designed to kill rodents are hazardous.  Labels don’t specifically say, “Household Hazardous Material.” Instead, people should look for words such as “dangerous,” “caution” or “poisonous,” which can indicate the product is an HHM.

After the recycling center receives HHMs, the products are identified and put into bulk, DOT-certified containers with other chemicals in the same category. Then a specialized vendor comes in, seals the containers and takes them to be disposed of. The state of Iowa has a program to help cover some of the disposal costs.

Vigdal said he also suggests that instead of needing to dispose of products that people simply use up what they purchase.

“A lot of these things don’t really expire,” he said, adding that they especially last when climate-controlled.

He encounters people who will purchase too much of a product just because it is on sale or will purchase a new bottle before using the last bit in the previous bottle. Use up excess before opening a new container, and disposal becomes much simpler for consumers.

However, Vigdal and the recycling center also have another solution for not wasting HHMs, the Swap Shop. Household cleaners, weed killer, latex paint — items that are turned in but are still usable are put in the shop at the recycling center for county residents to pick up at no charge.

Businesses can also dispose of bulk HHMs for a fee, as disposal for businesses is regulated through the Environmental Protection Agency. 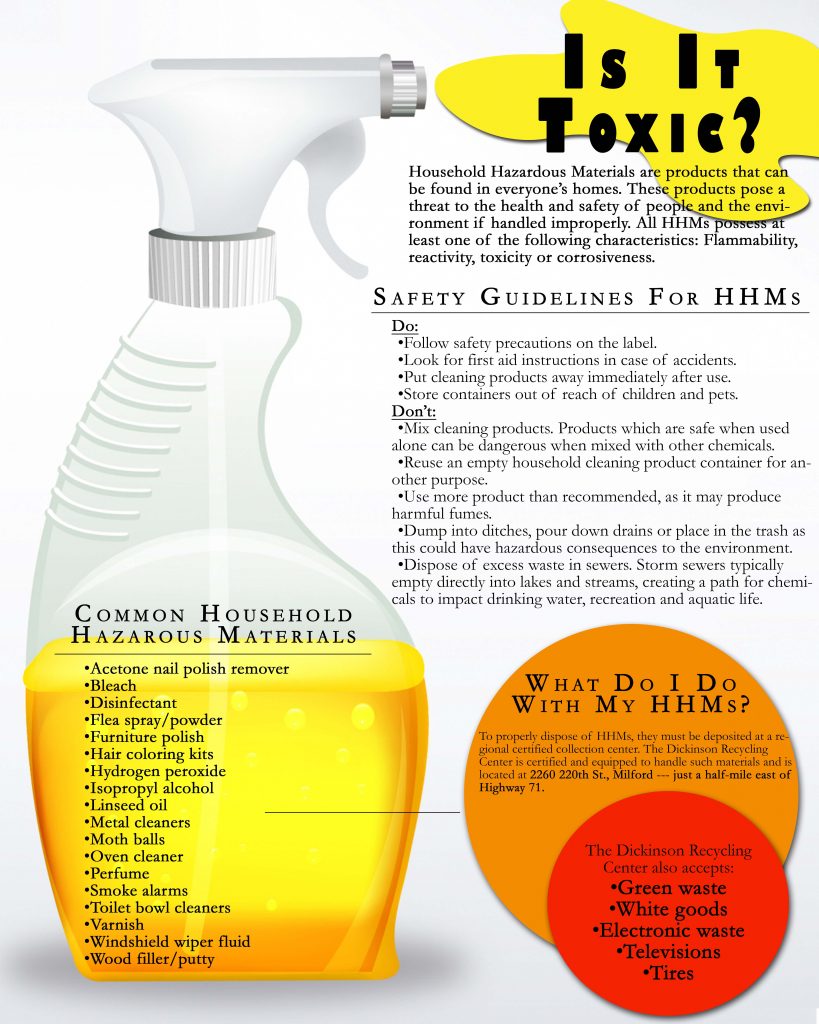