There's something about making a craft three-dimensional. It just makes things more fun.

Try out this three-dimensional fish craft --- it really pops! 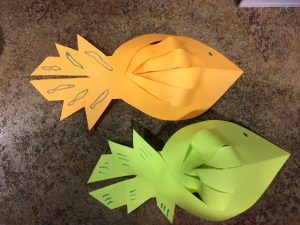 Cut your 8.5x11-inch sheet of paper in half the short way. Fold in half the long way and cut three-quarters of an oval, making the final part straight instead of curved. 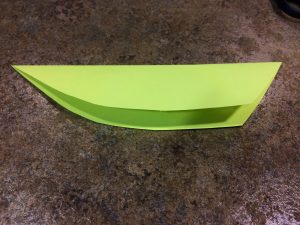 Unfold the paper and cut the pointed end into six slits, making your way about three-quarters up the sheet of paper. 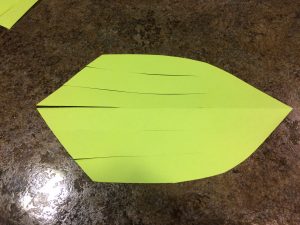 Dab some glue in the middle of the two middle slits. Pull one of the second-most outer slits over and glue down. Glue down the next slits, pulling each toward the middle to create the fins. 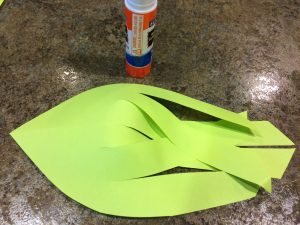 Pop the main part of the fish up. Mark eyes and decorate the tail.

It seems pretty obvious how ice melts, right? It gets warm, so ice changes to its liquid form — water. However, the way that the lakes, including the Iowa Great Lakes, melt may be different than what you would think. Usually in March — the average date for ice out on East Lake Okoboji is END_OF_DOCUMENT_TOKEN_TO_BE_REPLACED

The frozen Iowa Great Lakes are dotted with blue and black as ice fishermen set up their shacks, drill holes and search for life below the ice. And there is still plenty of life to be found, but how exactly do fish survive in those frigid temperatures? You can learn how ice is created on END_OF_DOCUMENT_TOKEN_TO_BE_REPLACED

We all love the lakes. That’s what makes Okoboji, Okoboji. But how much do you know about the lakes themselves? Did you know that Upper Gar Lake is the smallest lake in the Iowa Great Lakes at only 37 acres with an average depth of 3.5 feet? That is the height of the average 6-year-old! END_OF_DOCUMENT_TOKEN_TO_BE_REPLACED

The temperatures drop, and we all wonder, “When will the lakes freeze?” My question today was, how does that actually happen? Of course, ice is created when the water temperature reaches freezing. That is pretty obvious. We’ve all seen ice cubes created in the freezer. Yet, lakes don’t freeze all at once, and they don’t END_OF_DOCUMENT_TOKEN_TO_BE_REPLACED

In June 1981, Dickinson County Conservation Board entered into a maintenance agreement to refresh an exhausted county gravel pit into a county park. It started as only six acres, so small it looks like only a dot on a map of the Iowa Great Lakes area. The original document included on a 10-year agreement, but END_OF_DOCUMENT_TOKEN_TO_BE_REPLACED