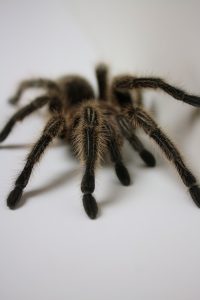 Halloween decorations are often centered around arachnids --- the family of creatures with four pairs of legs that includes spiders, scorpions, mites and ticks --- of some sort.

(Teach your kids why they should appreciate all nature.)

I think it's just because spiders and their relatives are considered creepy with their many legs and fangs. Yes, all spiders have fangs, and most have venom in them. However, most spider poison will not harm people because it's quite weak.

That brings us to tarantulas, especially the Dickinson County Nature Center's tarantula, Pinki. 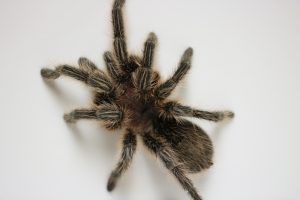 Pinki is a Chilean rose-haired tarantula, and the response to seeing her by visitors often is, "Ewww" or a sound of terror.

But Pinki is really a neat animal. She was someone's pet, and that person's parent wasn't excited about having a spider at home, so the owner donated Pinki to the nature center so others could see how neat she is.

Chilean rose-haired tarantulas are found in the wild in the country of Chile in South America. They like the dry grassland region at the edge of the desert there.

They are called rose-haired because in certain light, Pinki's hairs really do have a shiny, pink color. 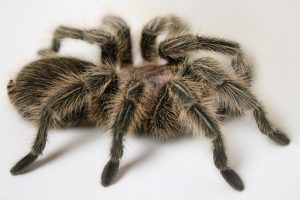 Like we said earlier, people are often scared of spiders, especially tarantulas, because they have venomous fangs. Pinki has never bitten anyone at the nature center, and even if she did, most people are not affected by this species of tarantula's bites. If anything, some people may be allergic and would have a reaction just like a person who is allergic to bee stings.

Their venom is important to them, because these tarantulas can only eat liquids --- imagine having to put all your food into a blender to liquefy it before you eat it. When it bites its prey, the venom affects the prey's nervous system, and its body tissues begin to break down. To digest it, the tarantula spits digestive enzymes onto it, further breaking down the body tissues into liquid that is sucked through the spider's mouthparts. 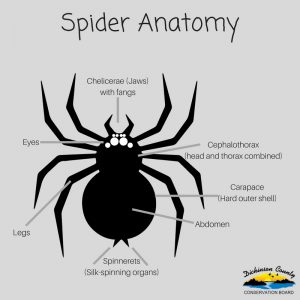 We usually use gloves to handle Pinki also because tarantula hairs can cause skin reactions. Hairs on the bottom of their abdomen --- the stomach --- are a defense weapon for them. The have sharp tips with little barbs that can only be seen under a microscope. When scared, the tarantula will use its back legs to kick off a cloud of hairs at its attacker.

I always think that if you know why a spider has "creepy" things like fangs and barbed hairs, it makes it a little less scary and a little more incredible instead.