It breaks my heart.

Someone intentionally ran over two young raccoons a few blocks from my house. Kids at a day care were encouraged to throw rocks at a snake and hit a bat with foam bats.

I heard both of these stories within the past day, and they just give me a pit in my stomach. 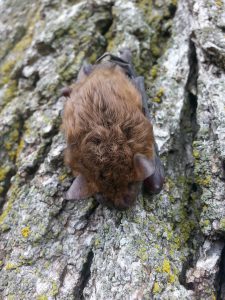 But that doesn’t mean that we can’t appreciate their places in this world and shouldn’t treat them with respect.

There is an indoor walk-through bat cave at the Dickinson County Nature Center, and there have been people refuse to walk inside because they are so terrified of bats. However, their explanations of their fears are usually reasons that are easily refuted, because bats are misunderstood creatures. 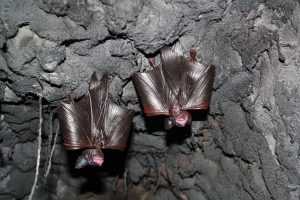 Vampire bats, which lick the blood of cows, chickens and other animals live in Central and South America. Only three of the 1,200 species of bats are vampire bats, so you have nothing to fear there.

Rabies only occurs in less than half of 1 percent of bats, and those bats will not survive. Plus, only 11 cases of human rabies transmitted by bats were documented in North America in 30 years, less than many other wild and even domestic animals.

Not that being a rodent is a bad thing, but bats aren’t even rodents. They are their own order of mammals called chiroptera.

Bats are actually pretty awesome. They are pollinators; they eat mosquitoes and other bugs; they disperse seed and help plants grow.

People don’t like bats because they don’t understand them and their place in the world, but when we learn about creatures through exhibits at the nature center, by researching them, by attending programs, we start to foster an appreciation of them.

Learning to appreciate nature is something that starts young. We so often hear a parent say “Yuck” to an animal or refuse to touch one at the nature center and then see their children mimic them.

My mom is terrified of snakes, and I grew up with the same terror for reasons that I didn’t understand. I used to not be able to even touch a picture of a snake in a book, and now that I’ve learned the appreciate them by working at the nature center I can even touch our snakes here.

Will those lessons take them beyond nature? Will they transition that into how they treats pets, siblings or kids at school?

So often we react to the environment by how we feel in the moment, but we need to look at the long-term ramifications of what we are doing and what we are teaching our kids with those reactions.

Everything in this world has been placed here for a reason, and we need to start with appreciation and go from there.

Maybe the best activity to do with your kids today is to ask them how they view the world around them.

1. What is your favorite animal?

3. What is your least favorite animal?

5. What is one good thing that your least favorite animal does for the world around it?

6. What is one way we can be nice to animals today?