Ada and Darling are red-eared sliders and Teddy is a ornate box turtle. The Nature Center is home to these three turtles.

Red-eared sliders are brightly marked and their carapace looks like a bowl turned upside down. The shell of a red-eared slider is divided into “scutes.” They look like separate plates stuck together to form the shell. The scutes along the outside edge of the carapace are outlined in yellow. There is also a red ear mark that is located just behind their eye. Male red-eared sliders are slightly smaller than the females and they have longer claws on their front feet. As they get older, they may become very dark and almost look black all over. 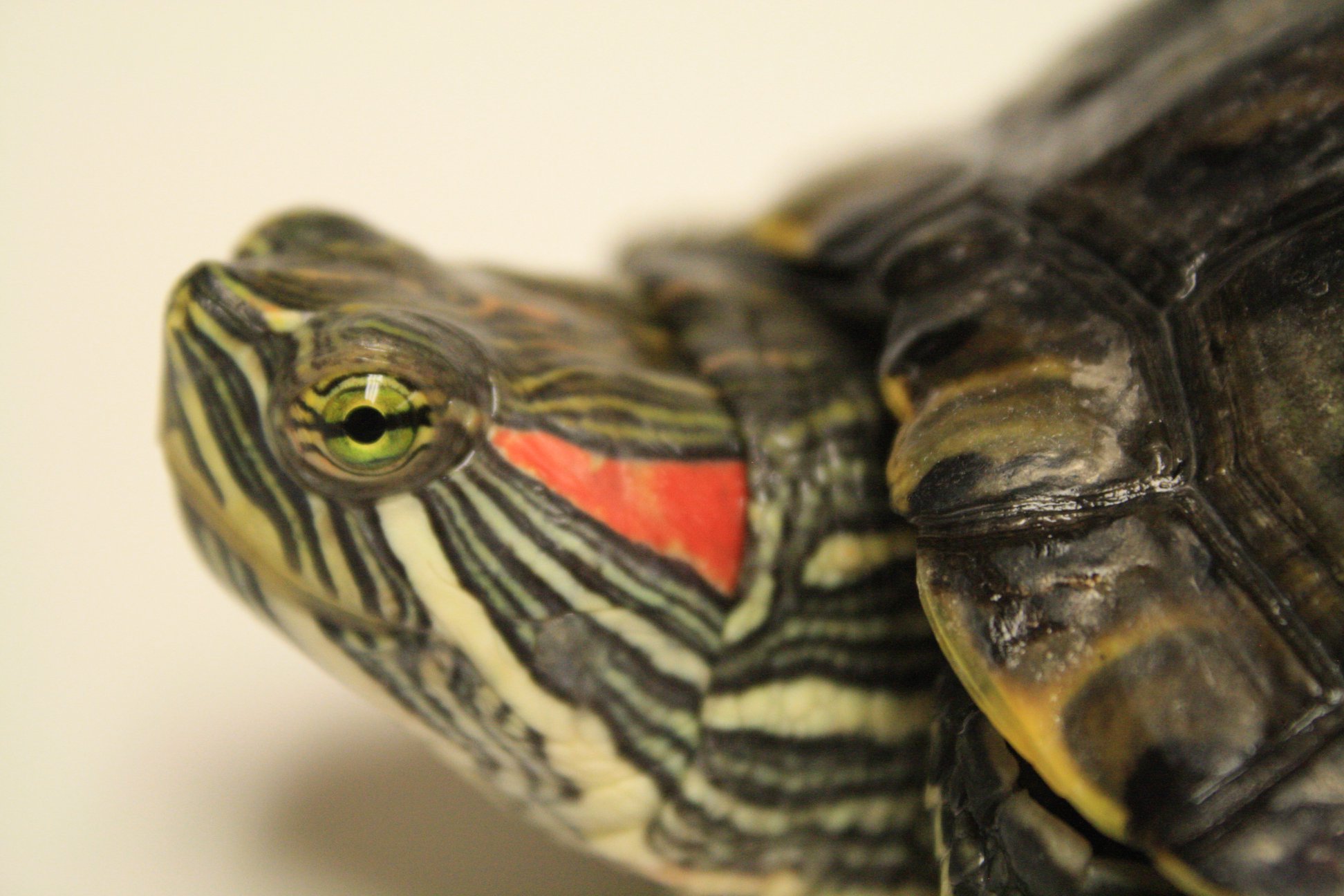 Ornate box turtles have an average lifespan of 25 years in the wild, but some have lived up to 50 years! They have a special hinge in the lower half of its shell that lets it bend upward. This allows it to completely close off its body from predator attacks. Ornate box turtles are Iowa’s only fully terrestrial turtle. This means that they live only on land. They have long claws which allows them to dig in the dirt.

Be sure to say hi to Ada, Darling, and Teddy next time you visit the Nature Center!